5 Things You Didn’t Know About: Link (Legend of Zelda)

There are few gaming characters as iconic as The Legend of Zelda’s Link, the protagonist of every adventure in the series. But there are a few things about our elf-eared adventurer you may not know. Though he has been with us for as long as Mario has there are a few things you probably didn’t even think about or know concerning the Hero of Hyrule. While the lore of the Legend of Zelda is deep and convoluted, these five facts tend to span multiple games and aren’t idiosyncratic to one experience. That said, there’s a lot to learn about our mysterious hero and without further delay let’s get to telling you about five facts you may not know about Link from the Legend of Zelda.

5. Link Lost in The Legend of Zelda Ocarina of Time

The first two Zelda games for the NES take place in a timeline following the Legend of Zelda Ocarina of Time for the Nintendo 64 – and feature a world in which Ganon has won and controls the triforce. Bleak, eh? This explains why the realm of Hyrule is so much more hostile and barren in the NES games. And you thought it was just graphical limitations? Nope, turns out it’s all part of the Big N’s master plan with regard to lore – and a huge indicator that our hero failed in his quest at some point.

4. The Legend of Zelda Animated Series

If you’re a child of the 80s then you know all about the animated Super Mario Bros. show that featured shorts from Captain N and other Nintendo greats back in the day. One of those shows featured Zelda and Link and, though it isn’t the best material, many of us who recall seeing it on the television have found memories of its cheesy antics.

3. Link and Zelda Starred in a Series of Awful Games for the CDi 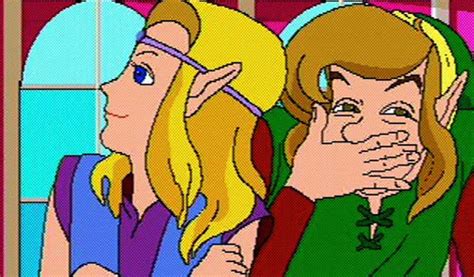 Part of Nintendo’s abortive deal with Philips and its CDi console, Nintendo licensed the Legend of Zelda properties out to have ports made for this console. Not only are these games easily some of the worst in the series but also they’re vaguely related to the mainline Zelda games, aping them in gameplay only (but leaving the quality, depth, and mechanics on the roadside in the process). We’ve all made bad games, but we’re sure you didn’t know that Link has laid some real stinkers in the porcelain in the past.

2. Breath of the Wild’s Link Comes from a Post-Wind Waker Timeline 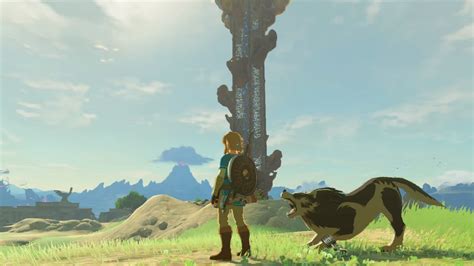 Link in Breath of the Wild

We’ll bet you didn’t know that the version of Link that appears in the latest blockbuster, Breath of the Wild, comes from a post-Wind Waker timeline in the Zelda story. It makes sense given Breath of the Wild’s sense of rebuilding and repopulating the surface. One thing that is always fun about the Legend of Zelda series is positioning its latest entries within its larger mythos.