A Brief History of: Gran Turismo

Simulation games are often niche titles at best with very few of them reaching critical success on a massive scale. Think titles like Microsoft’s Flight Simulator or the Farming Simulator line of games. And don’t get us started on the maddeningly expensive train sim games out there.

Like we said, it’s a niche area and it is rare that titles made with extreme attention to detail and simulation make it into the mainstream of gaming…that is, unless you’re Gran Turismo. Back when Sony’s PlayStation was wowing the world with its graphics and utter dominance of the industry, the company didn’t rest on its laurels and, instead, sought to make a name for itself as a top-tier game studio on the same level as Nintendo and Sega.

Setting out to make the definitive racing title, Sony eschewed the traditional arcade-style format and even bypassed the somewhat RPG-inspired incremental improvement model used by titles like Need for Speed. Instead, Sony chose to go hard in the simulation area and their efforts paid off in a game that is heavy on the sim elements but still feels like an arcade game. In other words, it is accessible and addictive as well as compelling but it is not a quick pick-up-and-play title. Gran Turismo draws you into its world and holds you there, placing you into a purgatory of tweaking specs and shaving milliseconds off of your lap time.

The race doesn’t end at the finish line – it’s just the beginning. For many console gamers – especially fans of racing titles – there had never been a title with this much depth and content to it. And did we mention it was beautiful as well?

Developed by Polyphony Digital and published by Sony Interactive Entertainment, Gran Turismo featured graphics that really pushed the PSX’s hardware. It was the closest thing we got back in the day to photo realism – a trait that the series has maintained to this day. Beyond the aesthetics, though, there was a huge focus on physics and things such as the impact of your car’s weight and speed on how it handled.

There was an additional level of care in this area as the game went the extra mile (pun intended) to make sure that cars handled and reacted differently from one another on the track. This becomes an especially salient point when you notice just hot many cars are on offer here. Manufacturers such as Honda, TVR, and Aston Martin, among others, make appearances with slates of legendary cars for you to choose from and master. As a game, Gran Turismo is simply overflowing with content and gamers typically win out in the end. Again, for the PSX, this was a revolution. 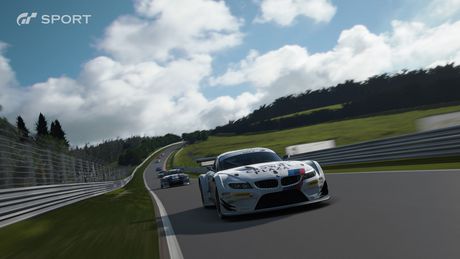 While its most recent release Gran Turismo Sport did not achieve the sales numbers of its older titles, GT is still a huge name in the racing genre today. One thing working against it is that the genre is turning once again towards games that could be considered arcade inspired with light RPG elements. As we discussed above, when you’re as intense about simulation as the Gran Turismo series typically is, it is going to be tough to dilute the brand to match market tastes as they are. But, just like Flight Simulator, we don’t see it going away anytime soon.