A Brief History of: SNK

The video game console landscape is often dominated by dichotomies of one set or another: Nintendo versus Sega, Nintendo versus Sony, Sony versus Microsoft, or even console versus PC. But what of the other console manufacturers out there? Those who are often left out of the yin and yang description of the industry?

If you’re a child of the 1990s, or a huge fan of fighting games, one name that you might recall is SNK, makers of the arcade games and the Neo Geo home console. A mish mash of Nintendo and Capcom, SNK didn’t begin life as a console manufacturer and its life did not end there. 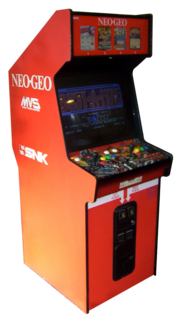 Starting out as a purveyor of high quality but, nonetheless, knock-off arcade games, Shin Nihon Kikaku’s humble origins in 1978 did not indicate its later association with high-end graphics and the Rolls-Royce console of gaming.

The path to creating the Neo Geo began in 1988 when SNK began looking at other ways to bring its popular arcade games to consumers. Aracade cabinets were big, bulky devices that required a huge sunk cost of initial investment to get out there. This made them expensive to make and to sell, with many arcades selectively purchasing big hits rather than taking a gamble on lesser-known titles. This led to the creation of the SNK Neo Geo MVS (Multi-Video System). Basically a console inside of a cabinet, operators could purchase cartridges that could be loaded into the unit for play rather than buy a whole new arcade cabinet. This was a novel way of bringing games to the arcade but fixed SNK to the MVS platform graphically. That wasn’t a huge deal since the company could pack in all sorts of chips and RAM into the cartridges for the games. And, since each MVS could hold five games, SNK could really fill an arcade quickly with its wares. In short, the MVS was a genius idea. While it failed to change arcades, it did allow SNK to cash in big time on the fighting game craze that swept them years later.

Out of the MVS concept came the Advanced Entertainment System, also known as the Neo Geo. This console was hugely expensive, costing $599 in 1990 and had games that cost several hundred dollars each. This made the Neo Geo unobtainable to the vast majority of the gaming audience back then and relegated an amazing machine to a niche audience.

That by itself is a particular tragedy, especially when you look at the strength of SNK’s fighting games library. The company would later try to change this by introducing a much cheaper CD-based system with games on CD-ROM format but, by then, the die was cast.

An amazing machine in its day, the Neo Geo is SNK’s biggest legacy in gaming. Sure, the company also released the Neo Geo Pocket (a portable system) and has continued pumping out games despite bankruptcies and restructuring, but nothing has recaptured those glory years of the Neo Geo’s presence in the arcades. If there is anything to be gleaned from the SNK saga, it is that quality does not always guarantee success.

Fatal Fury: Mark of the Wolves – You Didn’t Buy It?