Home Featured Articles A Brief History of: The Atari 2600

It is hard to imagine now, but at one time in the video game industry the name Atari stood for home consoles and video games at large. While initially meeting a lot of market success with its original machines, Atari eventually fell by the wayside never quite recovered, shuttering its console division after the Jaguar failed to capture market momentum.

This leads us to the question – what exactly do people fondly recall when they mention the name Atari?

For most, these gamers are referencing Atari’s legendary Atari 2600 games console. Released in 1977, the machine changed names from the Atari VCS to the Atari 2600 in 1982, approximately one year prior to the Nintendo Famicom’s debut in Japan. Clad in its distinctive and iconic wood panel design, the Atari 2600 is also touted as the console to popularize microprocessor-based design and pioneered the use of ROM cartridges.

The Atari 2600 became the best-selling Christmas gift in North America in 1979 and brought home arcade classic Space Invaders in 1980. By 1982, the Atari 2600 had sold 10 million units and 7 million copies of Pac Man alone, its most popular game. The Atari 2600 was also leased out to companies like Sears which used it for their Tele-Games consoles. 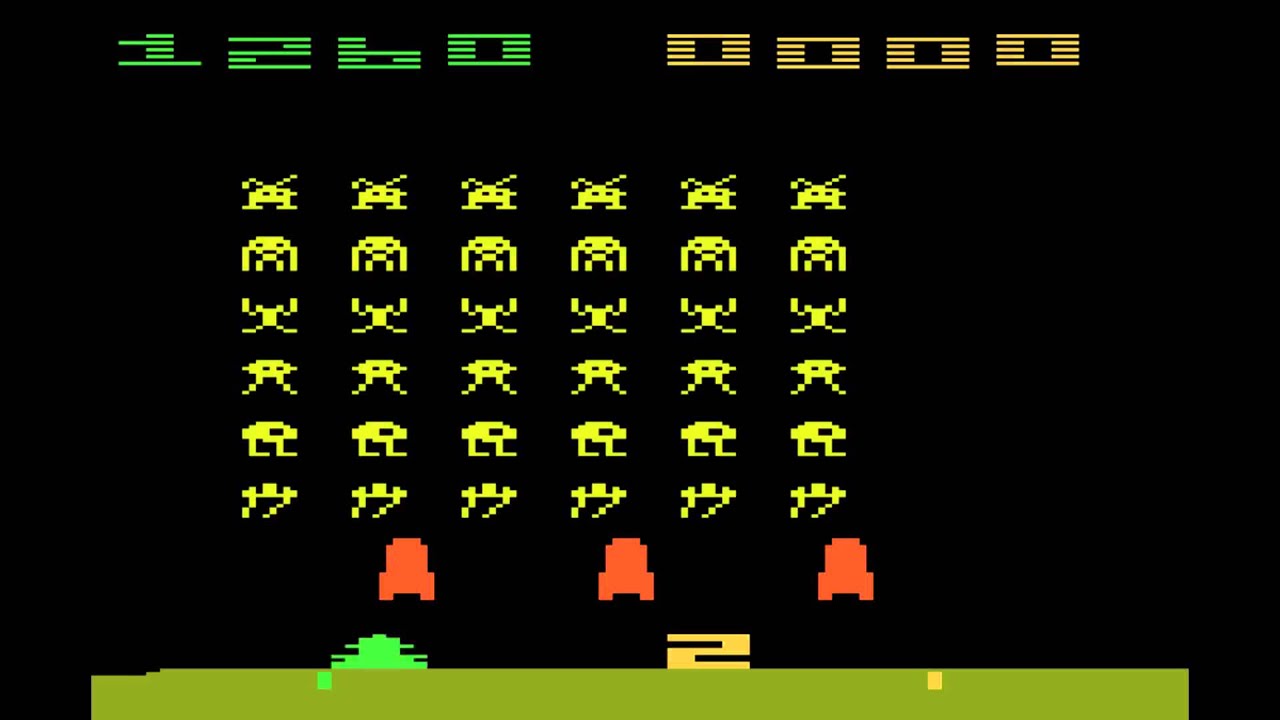 Space Invaders on the Atari 2600

Occupying an awkward position in the history of video games, the Atari 2600 is simultaneously credited with establishing the industry and contributing to its crash in 1983. If you’ve ever wondered about the Nintendo Entertainment System’s vaunted seal of quality, then you have the Atari 2600 to thank for that. Cashing in on the system’s success was a relatively easy thing to do and developers pushed out a ton of shovelware to the market – ET being the most famous example.

While the Atari 2600 is known for its amazing games like Pitfall, there is also a ton of garbage out there. These low quality games preyed upon consumer ignorance and, after delivering a poor experience, often soured potential customers from purchasing another video game. 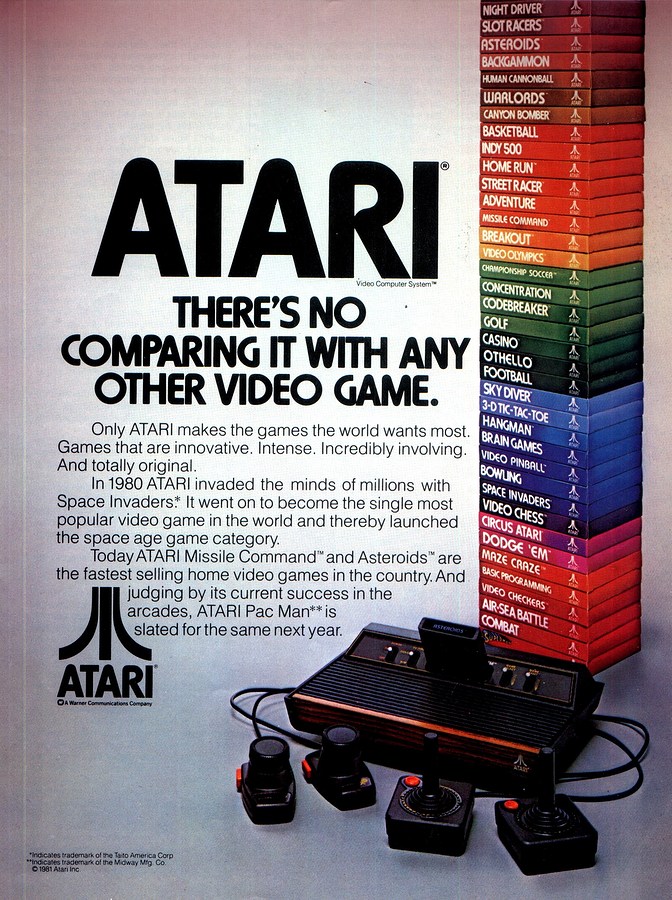 There were two planned successors to the legendary 2600: The Atari 3200 and the Atari 5200, with the former being discarded in favor of the latter once programmers discovered it was difficult to build games for the hardware. The Atari 5200 featured backwards compatibility but even with this baked in customer base it was not nearly the success that the Atari 2600 was. By this time the market also had other competition such as the Nintendo NES and the Sega Master System. While the Atari 2600 established the company as a force to be reckoned with in the industry, this fire success ultimately proved unsustainable.

Aside from pioneering the use of microprocessors and ROM cartridges, the Atari 2600 also tried licensing its tech to other companies, something that the 3DO company would attempt yet fail at miserably, and also later pushed backwards compatibility with future consoles, something that the PlayStation 2 wouldn’t popularize until much later.

The Atari 2600 is back as an innovative Plug & Play console and Handheld! View the Atari Retro Range HERE!