Home Featured Articles A Brief History Of: The Commodore Amiga

A Brief History Of: The Commodore Amiga

…one of those is the Commodore Amiga!

Commodore’s attempt at competing with IBM PCs and Apple’s newly introduced Macintosh, 1985’s Amiga was an impressive piece of kit for its time though most of us don’t remember it for its computer productivity features and, instead, reminisce about its awesome library of games.

What made the Commodore Amiga capable of handling some of the best, most cutting-edge games for its time is its Motorola 68000 processor. This allowed for it to do all sorts of tricks when it came to pushing graphics and sound. Using dedicated hardware to provide this kind of experience, the Commodore Amiga also had some of the first hardware dedicated exclusively to multimedia performance. Not only that, but it also had a unique AmigaOS to run it all. 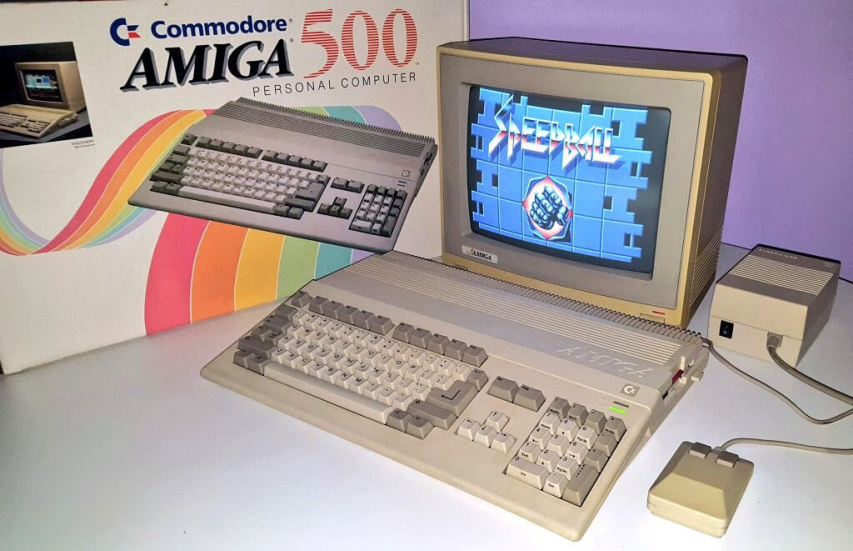 Those of you that know your personal computer history probably already see the flaw in Commodore’s plan to make a run of it with PCs but we all have to remember that no one could have predicted that Windows and Mac OS would go on to dominate the personal space. It is kind of unclear what anyone thought would happen – after all, imagine a world where there are  as many computer OSes as there are computer manufacturers and you quickly get a vision of the nightmare – but no one in 1985 could have predicted how things would go.

Though it was introduced in 1985, it didn’t really hit the market in a major way until 1986. As far as models go, the most popular model sold on the market was the Amiga 500 which moved some six million units between the line’s premier and the beginning of the 1990s. As we mentioned, the Amiga line was distinguished from console systems by its superior performance and it even found a lot of niche applications in the commercial and business market. Shadow of the Beast on the Amiga

Eventually the line succumbed to Commodore’s inability to capitalise on the Amiga’s strengths. While it provided unparalleled gaming experiences in the years following its debut, the home systems caught up with it by the early 1990s. This, combined with strong first party software and growing sales, essentially insured that niche PCs like the Amiga would fall by the wayside as it was neither a competitive productivity product nor a modern game console. The line came to an unfortunate end with the bizarre Amiga CD32 release which arrived just as Commodore was burning through the last of its funds.

Equipped with an upside-down boomerang controller, the Amiga CD32 was a dedicated games console but arrived at a time when it was too little, too late. Now nothing more than an obscure, even esoteric, console from yesteryear, it is hard to tell whether or not the Amiga name would have survived and thrived with the CD32. 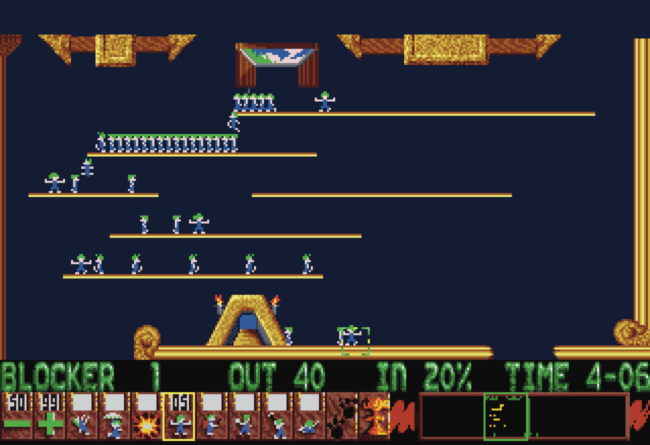 The legendary “Lemmings” on the Commodore Amiga

The golden age of Commodore Amiga is usually situated sometime between its launch and its demise in the 1990s. Offering up a combination of arcade hits and PC games, the Amiga’s varied library insured that gamers who had one experienced something very different from those who just owned a console. This is probably why some of the Amiga’s games have a more adult feel for their era. But, given the price, there are probably other factors that were influencing the target audience of the system’s games.

Used in everything from television production to gaming to even making music for games, the Amiga has an amazingly huge impact on gaming that most people don’t know about. Now that PCs and console gaming are converging once again, it is interesting to imagine what the world would be like today if Amiga was still a thing.

VergeWorld: Icarus Is A Brand New Amiga Game With A Demo

Did you know that there is a “Lemmings” statue in Dundee?

Why I Love: The Secret of Monkey Island 2: LeChuck’s Revenge