Released to arcades in 1984, the World War II-inspired dog fighting game 1942 helped define shoot ‘em up games during a period in which the genre was still nascent and evolving from the success of phenomena like Space Invaders and Galaga.

From arcade stalwarts Capcom, 1942 is the first title in the 19xx series of games and takes place in the Pacific Theater of World War II. The premise of the game is simple, if not a little bit 1980s arcade fantastic: As a fighter pilot you are taking on wave after wave of combatant aircraft that you need to destroy, leading all the way to Tokyo for the final confrontation.

Piloting a Lockheed P-38 Lightning, the gameplay mirrors that of titles like R-Type in that you blaze around the screen avoiding enemy fire and collecting power ups to make everything easier for you in the process. There were three enemy type planes and one boss plane, a Nakajima G8N.

Using the Pacific Theater of World War II as a backdrop for the game wasn’t not without controversy as people on both sides of the ocean thought 1942 was making light of the conflict. But, when you consider the game is made by Japanese publishing powerhouse Capcom, the title is simply situated within a certain historical epoch and does not promote any type of agenda with regard to World War II. 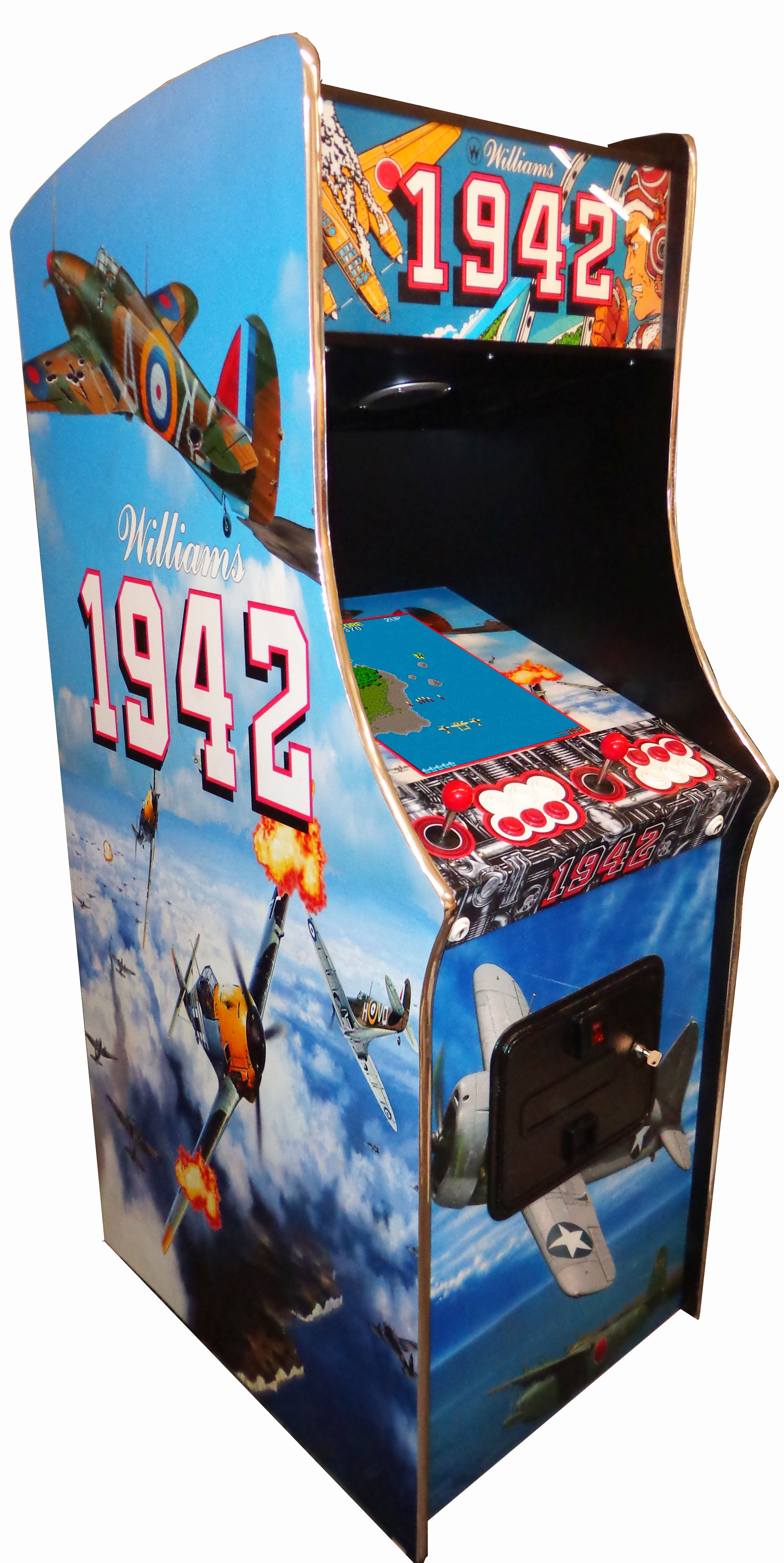 Ports of the game to other systems such as the Famicom and MSX retained a lot of the arcade feel and action of the original in a scaled down version. Again, those gamers unfamiliar with how shoot ‘em up games work 1942 isn’t as intense as most but it will turn your knuckles white with tension during certain key moments.

The real magic of 1942 lies in its combination of historical backdrop with ultra tight, smooth gameplay. The major advantage 1942 has over most arcade titles of its generation is that it not only comes equipped with some of the best gameplay around but also it has a built-in narrative, something many games lacked. Using World War II as a backdrop is not only a shortcut to making the experience a deeper one on so many levels but also helps to fill in the gaps that would otherwise exist. This was a period of time in which narrative was not important and video games rarely imparted some kind of history lesson in the process. 1942’s combination of both was unique and challenged the notion that video games could not spur someone’s interest in other fields.

If you had been unfamiliar with the Pacific conflict prior to playing the game or you develop a love for the classic planes of WWII, 1942’s usage of real-world history to launch a video game franchise is an oft-used trick today but something quite novel back then.

1942’s combination of amazing gameplay and guns-blazing arcade action, as well as its nod to world history, make the game the forerunner of the ubiquitous World War II subgenre we see today.