The early era of video games is often dominated by simple concepts that take advantage of the technology available but also try to form an addictive but rewarding experience.

This is probably because many of the early video game titles were developed for the arcade scene and not the home television screen. Whether it was Pong’s concept of table tennis of Pac Man’s maze madness, early video games are great at taking very elementary gaming principles and expanding them into full concepts. 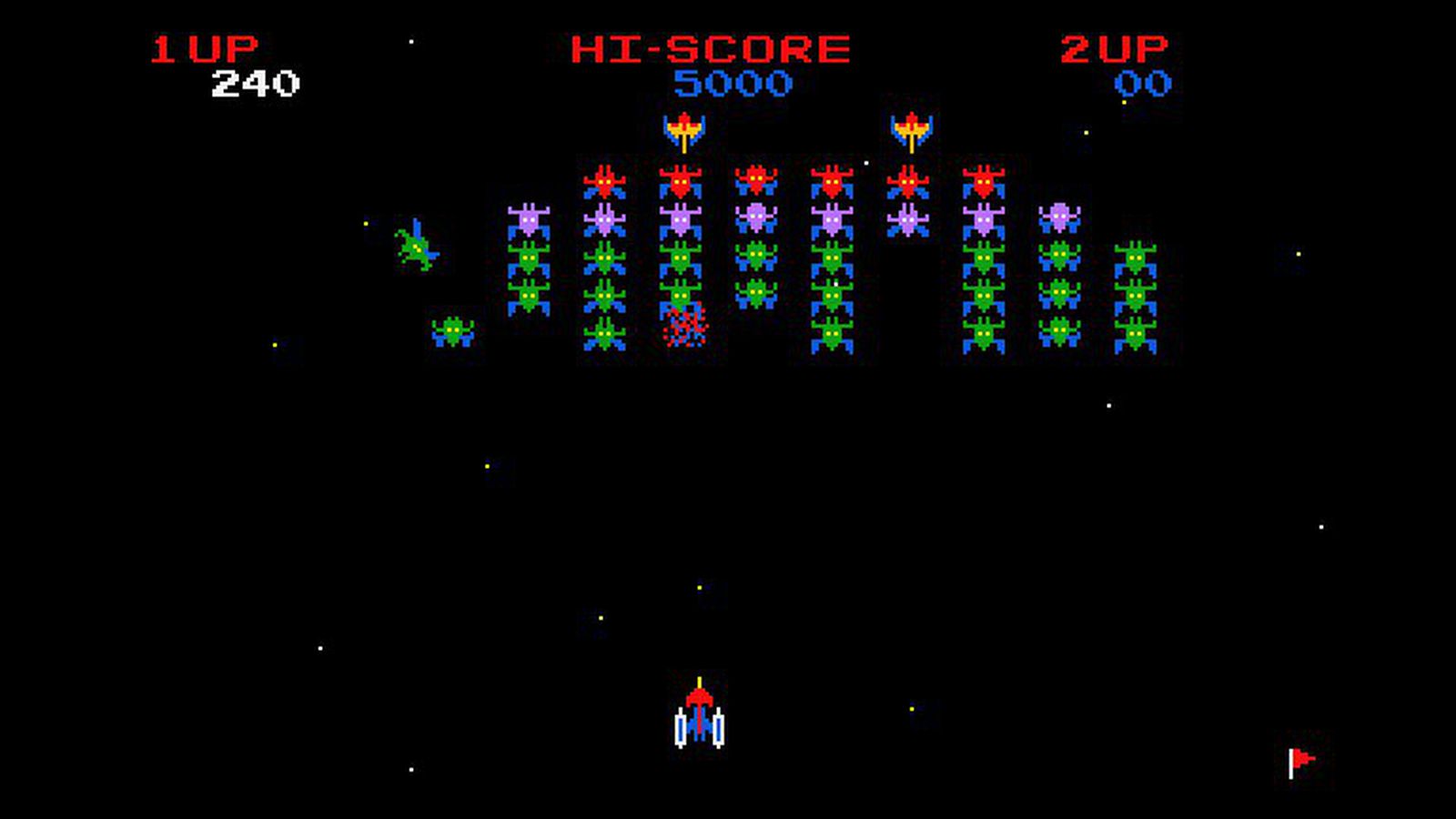 Coming out in 1978, Galaxian is very much a game of its time. Dominated by spaceships, aliens, and sci-fi pop culture, this era’s games very much reflect that movement in mass media. Developed and released by Namco, Galaxian is a fixed shooter designed to compete directly with Taito’s sensational Space Invaders.

And it is really hard to overstate how much of a sensation Space Invaders was in arcades, particularly in Japan. The game was legitimately printing money for Taito and became the first real sensation the gaming world had produced outside of Pac Man. We’re talking tie-in media properties and the works – basically everything we expect from a triple-A console release today. 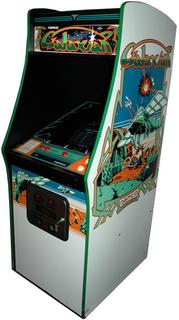 Companies that could make money off of this craze in any way possible were eager to get in the game. Think of it as the prototype for the later fighting game craze of the 1990s or the first-person shooter craze of that same era inaugurated by DOOM.mThough it is a Space Invaders clone in many respects, Galaxian is an innovative title that pushes the genre – a novel concept in an industry that was dominated by cloned gaming concepts.

Unlike Space Invaders, Galaxian featured fully animated RGB sprites that exploded in animated glory when they were destroyed. Graphically, the game looked like next level stuff compared to the more basic Space Invaders but that wasn’t its only ace card. Another change from the Space Invaders formula is the ability of enemy ships to go rogue and attempt to suicide attack the player. This is where the ship dive bombs towards your ship, the Galaxip. After defeating one wave of enemies another wave takes its place. They become more aggressive with each and every wave and the player has to change tactics accordingly.

Galaxian holds up well in almost every way even now. Graphics, sound, and gameplay are, understandably, basic but they are also compelling and, dare we say, addicting. So many arcade titles from the golden era exist as time capsules of concepts and ideas that changed gaming, but they’re not something you want to sit down and spend a lot of time with and game. Galaxian is different. It is quirky, challenging, weird, and charming. Rarely does a clone break out of the shadow of the game it is trying to imitate but Galaxian is that rare game. Heck, some would even recommend it over Taito’s Space Invaders. All we know is that both are deserving of a place in the arcade game hall of game for their contributions to the art of games.