Easily one of the fastest growing segments of the video game industry, eSports is currently dominated by two genres: First-person shooters and fighting games.

Ask anyone on the street what a first-person shooter video game is and most will answer DOOM. A testament to the power of the brand, indeed, but what about fighting games? Well, the answer is easy: Street Fighter II. And, while Street Fighter II may have popularized the genre, like DOOM, it is preceded by its own Wolfenstein in the form of an arcade title called Karate Champ.

So often we forget about the pioneering games that really establish a genre, choosing instead to focus on what was popular and ubiquitous. Though Karate Champ inspired Street Fighter II, it is a markedly different game and that alone gives good grounds for forgiving someone for not knowing about this founder of the fighting genre. But a classic it is and a must-play title for gamers who pride themselves on knowing their history.

Developed by Technos Japan and published by Data East in 1984, Karate Champ establishes such fighting game tropes as three-round matches, dual joystick arcade cabinets, and bonus rounds in between matches. A later iteration of the game, Karate Champ – Player vs Player, emphasized competition against an opponent. 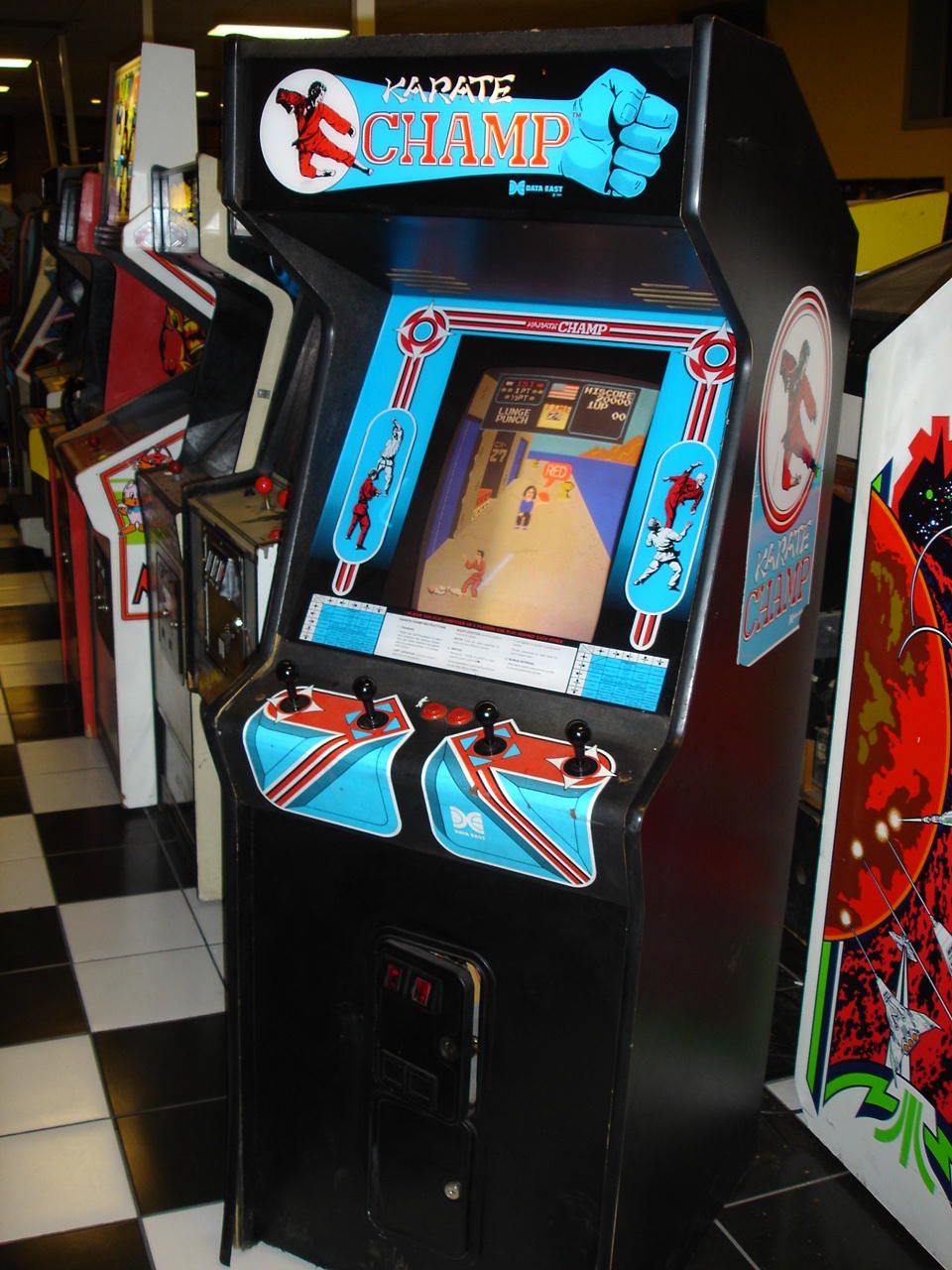 Unlike modern fighters, Karate Champ does not have a health bar gauge at the top of the screen but, instead, uses a traditional martial arts tournament points system. Points are awarded when players land hits with the first player to reach 2 points winning that round.

Your opponent doesn’t change but the background shifts from match to match and the difficulty ramps up as well. In what can only be a clear prototype for Ryu and Ken, the character avatars are depicted as either wearing a white or red gi depending on if the person is first or second player.

Graphically rich for its time, Karate Champ shows its age today – especially when it comes to the included voice clips in the game.

A novelty when it was released, the voice effects in Karate Champ are muddled but iconic because of this. A later staple of fighting games, having an announcer declare the beginning of a match as well as its winner was an awesome bit of flash to deploy for a 1984 arcade cabinet. 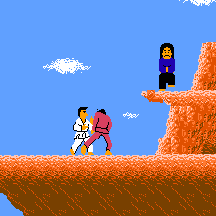 Aside from its foundational stance in the fighting game genre, what makes Karate Champ a classic?

Apart from the game’s reformulation of a martial arts title in terms of a competition rather than as a side-scrolling action game, Karate Champ, in its later version, emphasized something relatively new to the arcade scene for the time: Competitive, player versus player arcade gaming.

What would later become the mainstay of arcades was still a relatively rare experience back in the day. After all, aside from Pong, many of the classics hew towards the single-player experience if for no other reason than the limitations of the technology available at the time.

Karate Champ was a bold step forward in making competitive play the reason to visit the arcades. Indeed, in their heyday, Street Fighter II and Mortal Kombat were credited with reviving the segment due to their ability to bring in crowds of competitive gamers.