Every story has a beginning. But Mario’s origins are a little humbler than you might expect. And, no, we’re not talking about Donkey Kong. We’re talking about the first time Mario headlined a game as the protagonist, not its antagonist.

Beginning life as a somewhat obscure arcade game, the Super Mario Bros. franchise was nothing like what it would become when it made its debut. Arriving to arcades in 1983, Mario Bros. Arcade introduced a lot of the elements we see in Mario games today in terms of characters, but the gameplay was radically different. 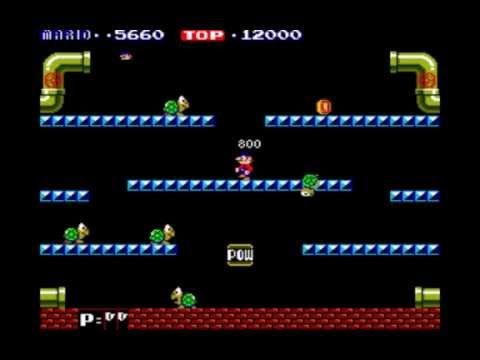 Not only that, but 1983 was not the best year for new video games to arrive. A monumental year for the industry, it saw no less than the home console market’s crash and the release of the Famicom in Japan. Mario’s attempt at breaking out from under Donkey Kong’s shadow couldn’t have come at a worse time. Still, it is hard to imagine that just a few years after this somewhat obscure premier that Mario would go on to not only dominate Nintendo’s console, but video games in general.

As Mario (or Luigi), you ran around a screen reminiscent of the Donkey Kong series and eliminated enemies by knocking them over onto their backs which allowed them to be kicked off the screen. These stages are supposed to represent the sewers of New York City according to press from the time. For those players that debate whether or not Mario actually is a plumber, this arcade game would seem to confirm his real profession.

Enemies range from the Koopa troopas we know and love to what looks like a prototype for a Spiny. There are also environmental hazards like fireballs and icicles that Mario has to avoid.

Making its first appearance in this game, the POW block lets Mario knock over all the enemies on the screen and can be used three times per round. 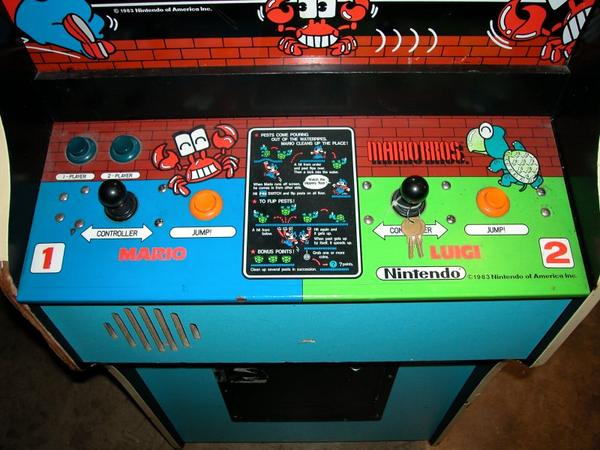 If Mario doesn’t get rid of an enemy quickly enough, it will flip itself back over and rush at Mario with increased speed. You complete a level by killing a certain number of enemies and moving on to the next stage. When played as a two-player game, the style becomes competitive with each side trying to best the other in terms of how many points they can rack up.

Looking at the Mario arcade game, one can’t help but notice that it is similar to yet very different from the platforming game that came out on the NES. The NES title is more whimsical and offers a lot more depth in terms of replayability. Nonetheless, the Mario Bros. Arcade game does hold a special place in Nintendo’s history as the first time their mascot broke out on his own. Perhaps most interesting for the modern gamer is looking at Mario Bros. Arcade from the lens of history and noting that even Nintendo had to figure things out way back when.

Coming at a time of great flux, the Mario Bros. Arcade game today exists as a historical relic but that doesn’t mean it isn’t a solid game.