Though the rhythm genre has fallen somewhat from its peak in the mid-2000s in the West, it has never died back in its home country of Japan where it enjoys a robust life even today.

One game that has become somewhat of a cultural touchstone for many back in Japan is Taiko no Tatsujin. Making its way to nearly every format, from the massive drum-based arcade machine to home consoles, Taiko no Tatsujin combines rhythm based-mechanics with traditional Japanese drum music for a experience that is quintessentially Japanese. But it’s starting to catch on in other places as well, thanks largely to the numerous ports of the title. Originally released by Bandai Namco games in 2001, Taiko no Tatsujin takes inspiration from Konami’s Dance Dance Revolution in primary structure but gives players the chance to beat the heck out of a taiko drum set instead of dancing until they die of heart attack.

You according to the notes on the screen (onbu in Japanese) and you are rewarded for how accurately you reproduce actions in the game. To fill your spirit gauge you need to accurately perform music and, once you exceed your gauge, you will complete that song.

The most famous version of Taiko no Tatsujin is the arcade unit which comes equipped with taiko drums and bachi sticks to hit them. Anyone who has ever watched a traditional Japanese drum segment knows just how aerobically intense it can be and Taiko no Tatsujin’s original 2001 arcade cabinet recreates this to a large degree. 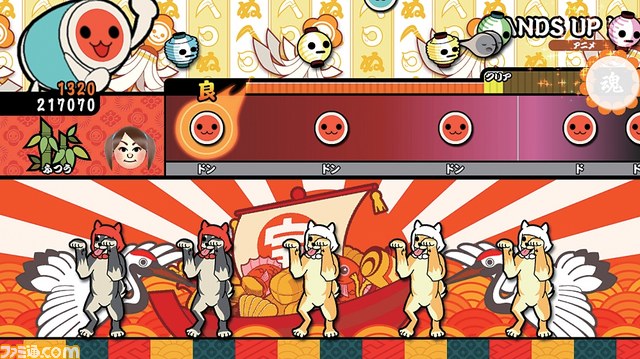 And, as you can imagine, translating this kind of experience to the home consoles is not that easy. Even the best peripheral devices won’t have the robust feel of the arcade cabinet which truly goes out of its way to replicate the heft and quality of taiko drums.

Most home based iterations of Taiko no Tatsujin rely upon timed button presses and it’s just not the same. This doesn’t make the ports bad games necessarily, just not as interesting as the original game. To be sure, there are a ton of peripherals out there to make it work but they really don’t do the game justice.

One platform that does meld the traditional arcade game’s mechanics with its control scheme in an innovative and intuitive way are the smartphone and DS/3DS ports of Taiko no Tatsujin. 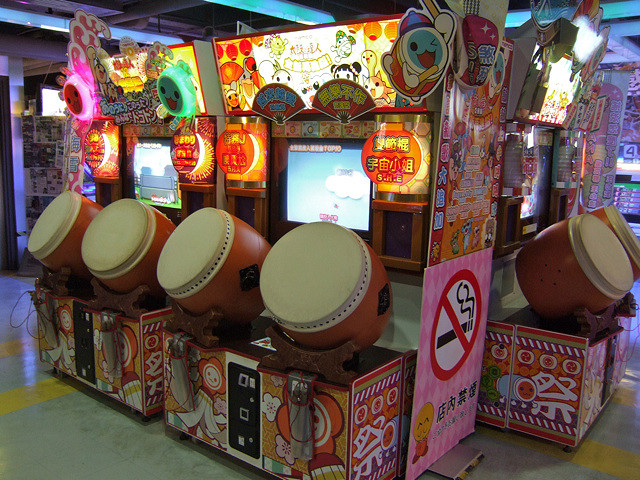 Using either a stylus or tap controls, these ports do an excellent job of translating the general spirit of the drum-bashing game to such a small form factor. If we had to recommend any one way to play the game outside of the arcade, we would probably go with the smartphone and DS versions.

That said, the arcade game is a bonafide classic. As one of the few genres that benefits from the use of peripherals, rhythm games occupy a special niche within the large gaming ecosystem. Taiko no Tatsujin’s masterful combination of addictive, compelling gameplay matched with the traditional music using drums makes it a one-of-a-kind game and there is unlikely to ever be anything like it again in arcades.

TAGarcade Japan
Previous PostA Brief History of: Namco Next PostUnreal Tournament - Think You Can Beat It?