For people who were not a part of the general cultural milieu that is fondly remembered as the 1990s, some trends might seem strange in hindsight, even comical. Two trends that gamers will notice from this era are its late 1990s obsession with computer generated imagery, or CGI, graphics and the era’s tendency to produce some of the worst, most nonsensical Hollywood-to-console properties ever put to ROM.

While games like Nintendo’s Donkey Kong Country made good use of the new technology called CGI, other games like Batman Forever took it another, more terrible direction. Couple this with a pseudo-Mortal Kombat video capture for some characters in the game, and you have what looks like a low-res Sega CD game with vaseline slathered on the screen. 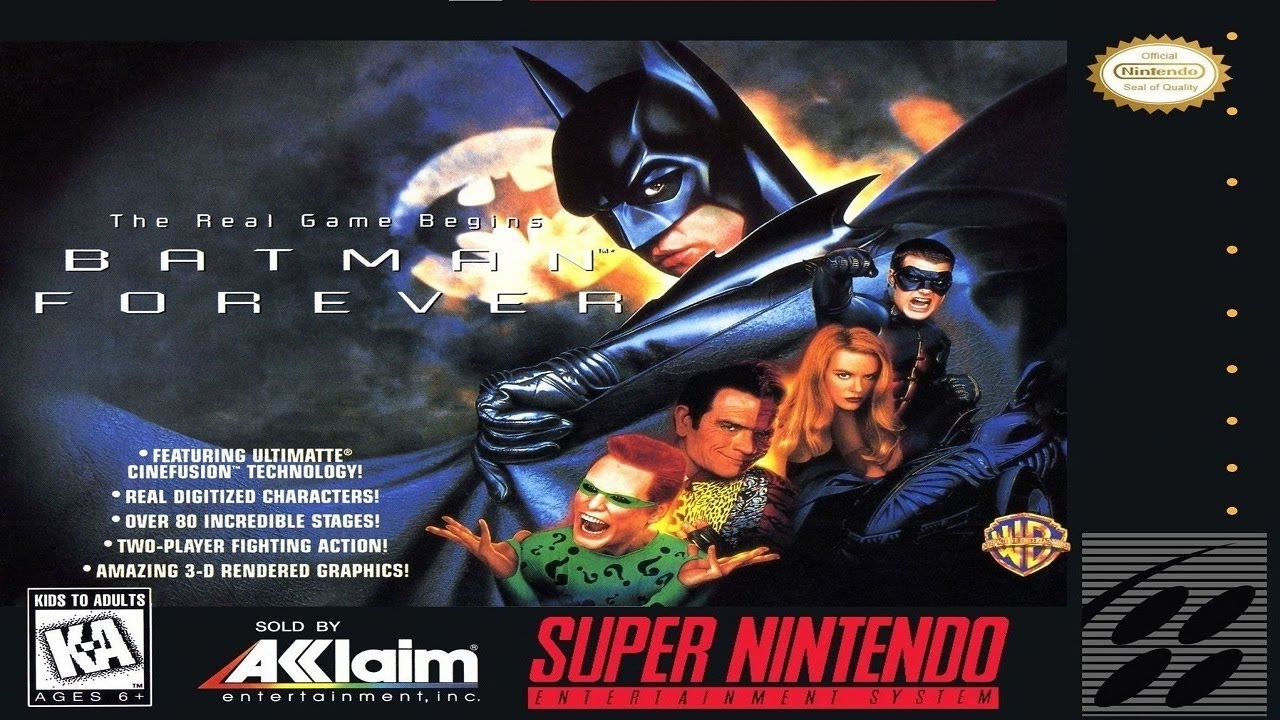 Hit boxes? Nonexistent. Garish, rain-slick backgrounds? The only type the game offers. Difficult? Only because it is so poorly designed.

So many movie-to-game properties sucked during this time that it would be unfair to completely malign Batman Forever for not being a good game. And this is mainly because Batman Forever features one of the goofiest, most fun co-op modes ever found in an SNES game of such low caliber.

You can play as either Batman or Robin while you tackle this seemingly Final Fight-inspired game that actually tries to combine both the fighting and beat ‘em genres. Using the Mortal Kombat engine, Acclaim does some neat things with the moves set and this makes for interesting co-op moments as each character’s moves are so wildly different from the other.

In a nod to the maddening design of yesteryear we have to note that there are two cooperative gameplay modes, a game type A and B, if you will. In one scenario, Batman and Robin work together and cannot harm each other; in the other, the two are capable of attacking and harming one another.

This is what we would call griefing today, and in older beat ‘em up games it was just par for the course. Think Double Dragon, for example.

Another draw for the co-op mode is how earnest the game is in its presentation and how interminably goofy it comes off in the final product. Even if you are beating the garbage out of your mate, no one will really care because this world is absurd on its face. The bad guys look like the extras from a poorly-made Sega CD fmv game and the moves are like a drunken monkey version of Mortal Kombat – nothing works but it is all here. 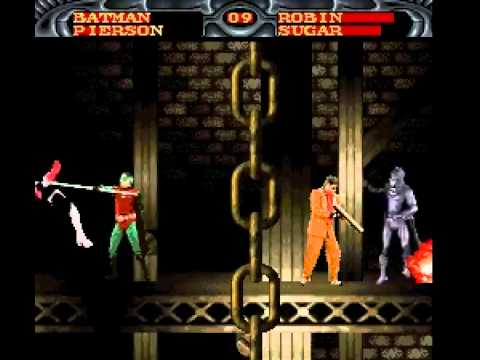 Spiritually, Batman Forever is the drunken attempt you make at co-op gameplay after a night hitting the bars too hard with friend. You might get something done, but really you’re just playing a game to play one – and there’s nothing wrong with that. The game is utterly impossible to take seriously and that, in some ways, is the essence of fun itself. Gamers looking for an anodyne piece of trash from the past can do little better than Batman Forever.

Nintendo Switch Retro Mods To Make You All Nostalgic