Home Features Blade for the PSX – Metacritic, you got it wrong!

Blade for the PSX – Metacritic, you got it wrong!

Movies don’t always make the best video games. Often something is lost in translation. The other complication arrives when professional video game reviewers have to judge the game iteration in light of the Hollywood equivalent.

Such comparisons plagued certain games to their detriments upon release as some games either failed to match the film’s quality or theme or the film itself being unremarkable and its game version being a masterpiece (Chronicles of Riddick comes to mind).

You may recall the popular Wesley Snipes Blade series of vampire movies back in the 2000s but you might not know that there was a pretty awesome game to accompany the blockbuster release. As was typically the case back then, most major movies included a video game adaptation of some kind. Blade debuted for the Playstation in November 2000 and was developed by Hammerhead and published by Activision.

Released towards the end of the original Playstation’s cycle before the release of the PS2, Blade was maligned by critics upon release for pretty much every aspect of the game. 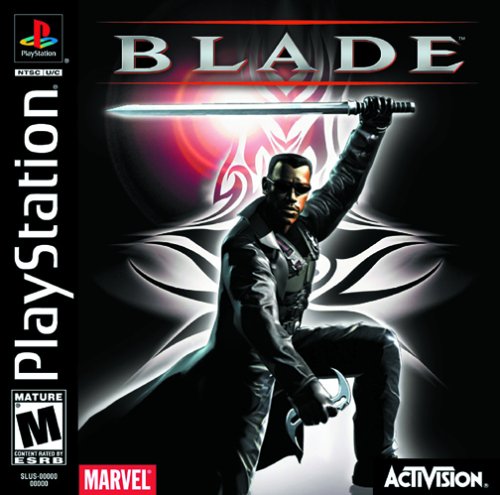 From story, thematic execution, sound, music, and graphics, to “not capturing the spirit of the movie,” Blade did nothing but disappoint video game critics. Billed as an action slash beat ‘em up style game, Blade’s action was termed “frustratingly cheap gameplay” by PSX Nation but users have found it to be mindlessly fun and enjoyable.

Why the chasm between professional reviewers and gamers? One reason might be what each audience expects to receive out of the experience. Many reviewers have focused on Blade’s inability to capture the spirit of the movie while players have emphasized its ease of access and addictive gameplay.

In terms of the movie, Blade’s action was amazing for its time. It was a true Hollywood-style blockbuster, with expensive set pieces and wildly choreographed action spectacles. It is easy to understand why reviewers were disappointed with the PSX’s limited ability to distill this on the small screen.

Developer Hammerhead went out of its way to imbue the Blade avatar with as many abilities as his movie counterpart, a point that should be more greatly acknowledged. While not perfectly executed, it is competent enough to warrant a playthrough and is leagues beyond many other games of the time.

Speaking in terms of today, players will find it enjoyable in a thoughtless sort of way. Expecting deep gameplay may lead to inevitable disappointment, but fans of the movies and of old school-style beat ‘em ups will find plenty to like here.

Graphics and music are a little rough, even when viewed in terms of the PSX’s capabilities as a video game console. Nonetheless, they’re not offensive nor should they discourage a playthrough – after all, you can always mute the sound.

Currently the game stands at 51 with official reviewers while players have rated the title at an 8.8, a disparity explained by the players’ collective emphasis on the gameplay’s addictive qualities and nonexistent learning curve while reviewers emphasize a holistic package in comparison to a Hollywood blockbuster that is probably irrelevant to most gamers today.