Before Sega began challenging Nintendo for home console dominance the company was still very much an arcade titan. But it wasn’t just a prominent name in the arcades but also a huge innovator there as well.

In addition to exploring new gameplay types and more mature content, Sega’s arcade games also emphasized multiplayer fun. This might sound like a no-brainer concept but it was still one relatively new to arcades in 1990 when Bonanza Bros. debuted. Most arcade experiences prior to this emphasized competition over cooperation.

The first game ever made for Sega’s System 24 arcade board, Bonanza Bros. used a split-screen setup for the two-player co-op mode. Using this style gives each player a full, uncluttered view of the stage at hand and adds to the quality of the experience.

As a premise, Bonanza Bros. is basically a stealth action game about robbing various locations. In practice, the game is similar to the Atari 2600 classic game Keystone Kapers.

Though stealth is the name of the game, players can jump, shoot, and move around the environments. Stealth can also be used to dodge bullets in addition to avoiding detection by enemies in the levels. Even when using your gun though, it is important to remember that enemies can only be stunned, not killed. The player can lose a life if all of the stolen loot is dropped after subsequent hits from an enemy. 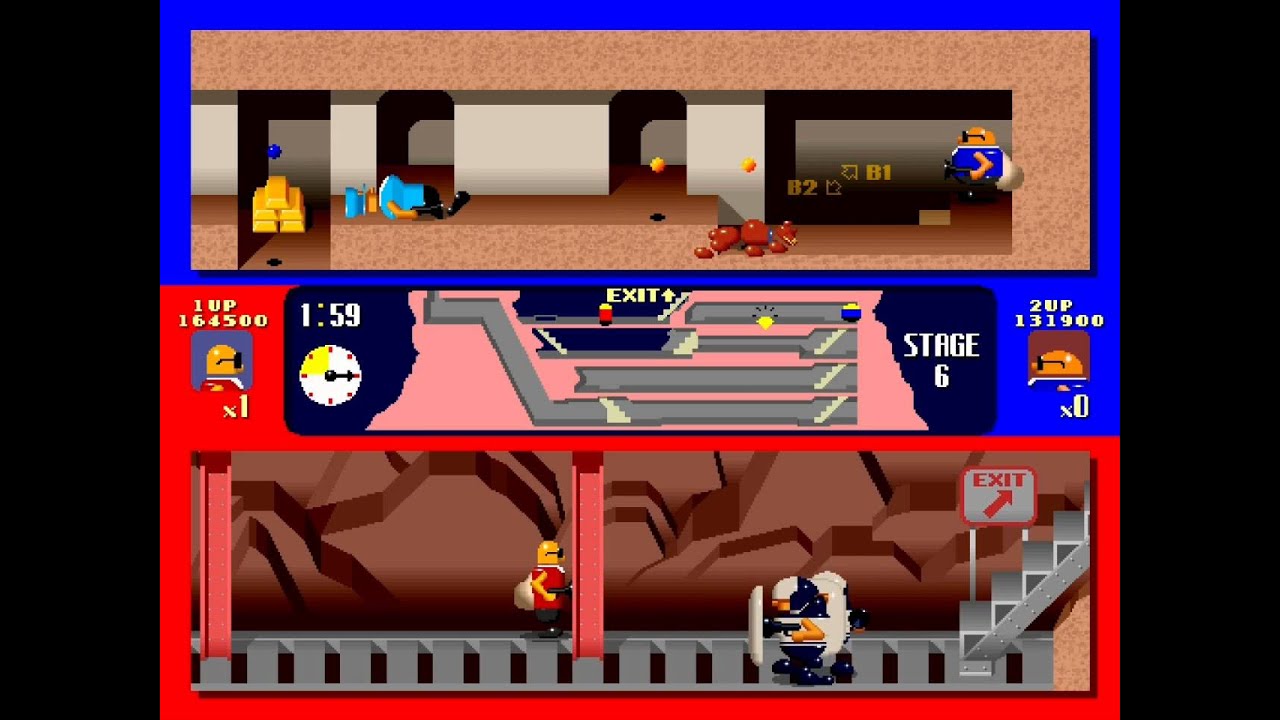 Showing up initially in arcades, Bonanza Bros. has since made appearances on everything from home consoles to mobile phones. Interestingly, the premise between the original Japanese version and its Western port are different depending on the region in which the player lives.

In Japan, the game is about infiltrating various institutions like art museums and banks with the explicit purpose of robbing them.

Yet in Western ports of the game, the player characters, the red first-player Robo and the blue second-player Mobo, are commissioned by the police to steal these same objects from corrupt businesses and institutions in a pseudo-vigilante style story. Failing to do so will result in the same outcomes as in the Japanese release: Prison. In some versions of the game these players are known as Mike and Spike, respectively. 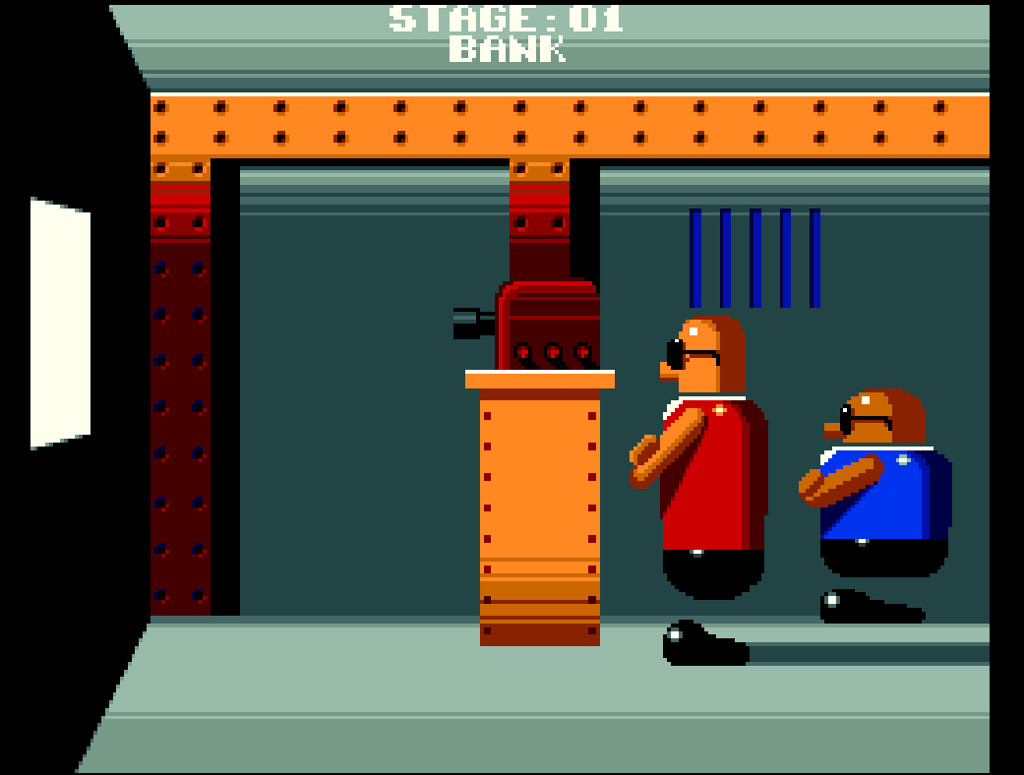 Offering what can only be described as classic co-op goodness, Bonanza Bros.has the spirit of an old Atari classic in the clothing of a 1990’s arcade game. There are more than enough ports of the game out there for any player to try, but the Mega Drive version of the game is regarded by most people as the definitive home version. Of course, with the miracles of emulation playing the original game shouldn’t be that hard.

A simple concept, to be sure, but underpinned with addictive gameplay and an intuitive control scheme. Solo mode is always an option, but Bonanza Bros. was built for multiplayer gaming. Fans of classic arcade titles will also find a lot to like about Bonanza Bros., especially given its history as the first System 24 title released. Not every game ages well, but Bonanza Bros.’ timeless concept makes it a great title even today.