Every week we enter a classic arcade game into the Arcade Hall of Fame! This week, one of the best Atari games to grace the Arcade Cabinets of the 80s: Centipede.

When Atari introduced Centipede to the arcades in 1980 it didn’t realize it was about to unleash one of the most commercially successful arcade games of the decade.

Designed by Ed Logg and Dona Bailey, the game’s premise is quite simple and involves eliminating a centipede as it snakes its way down a screen. There are also other enemies on screen that need to eliminated as well.

For their part Ed Logg did a lot of the design for the game while Dona Bailey did a lot of the programming for the game. This is notable because Dona Bailey was one of the few female programmers at Atari during this era. Dona Bailey and Ed Logg both said they wanted to attract female players with the game, hence Centipede’s pastel and unique visual style. They apparently succeeded – over half of the players that enjoyed Centipede were woman while games like Atari’s Defender enjoyed an overwhelmingly male fanbase. Centipede and Pac Man are two of the biggest names in arcade gaming when you discuss the expansion of the industry to include a more inclusive audience. 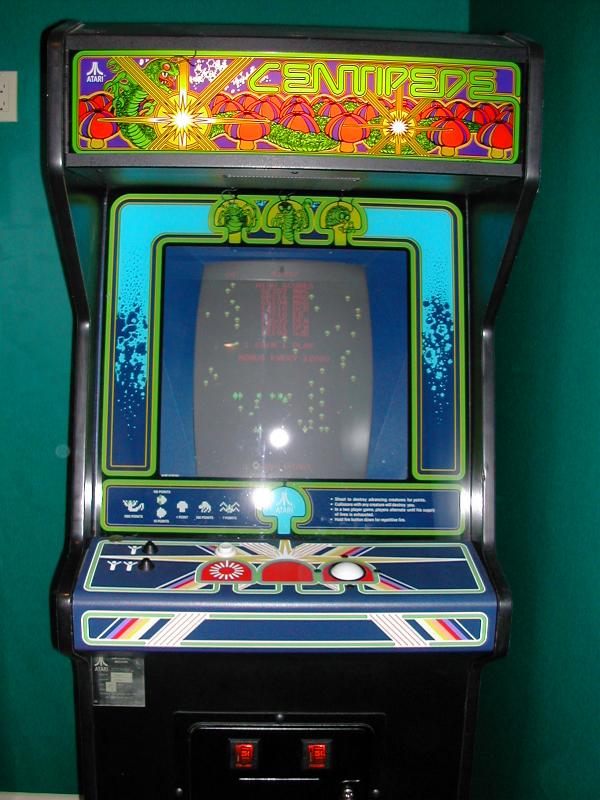 Following its commercial success, the arcade game Centipede was ported to a ton of systems including but not limited to the Atari 2600, Atari 5200, Atari 7800, and Atari 8-bit family. Under the Atarisoft label, the game was sold for the Apple II, Commodore 64, ColecoVision, VIC-20, IBM PC (as a PC booter), Intellivision, and TI-99/4A. Superior Software published the port for the BBC Micro.

The player avatar resembles a human head though in later versions this would become a caped elf creature. Movement is controlled by a trackball in the arcade set up, allowing for quick back and forth movement, and the player fires projectiles that make their way through fields of obstacles, some of which are destructible and some of which are not. As the centipede zigs and zags down the screen, it changes course upon encountering one of these on-screen objects. This can be quite fast-paced and intense in later levels as many fans of the game have noted in reviews. Naturally, players lose lives when they encounter the centipede or another projectile.

Now the game regularly features in best-of Atari lists as well as in best-games-of-all-time rankings. Centipede has a huge following among both fans of retro games and modern gamers alike. Since the debut of the original it has been remade and re-imagined many times over. It even spawned a sequel – the appropriately named Millipede.

When thinking back on Centipede it is striking to note how dominated the arcade scene was by male players. Bringing games like Centipede and Pac Man to the market not only broadened the audience for video games, it advanced video games as a whole. Dispelling the seedy notion that many tried to ascribe to arcade scenes, Centipede’s harmless, family-friendly vibe was a step in the right direction for a medium that saw itself as the future of entertainment.