Developed by Creative Carnage and published by Head Games, Extreme Paint Brawl is probably one of the most bizarre entries in the popular first-person shooter genre ever released.

It is hard to quantify just how much of a sensation DOOM was upon its release. Sure, Wolfenstein 3D pioneered FPS video games, but the DOOM kicked it into the stratosphere. You couldn’t escape DOOM’s gravitational pull on the PCs and even on home consoles – it was that popular. Everyone wanted a piece of the action and all sorts of inappropriate games were turned into first-person shooters, from South Park to Duke Nukem.

Using Duke Nukem 3D: Atomic Edition v1.5 as the underpinning of the game, Extreme Paint Brawl is perhaps one of the worst video games to hit the PC using that engine. Intended to simulate a thrilling paintball match, the game does little but simulate frustration and then induce anxiety.

The game contains a practice mode so that players can familiarize themselves with the game’s mechanics. There is, of course, one glaring flaw in the practice mode: Without targets to hit, it is nothing more than a free-roaming exploration mode. Not exactly conducive to teaching you how to play Extreme Paint Brawl nor even enjoyable in and of itself. It is baffling to think what exactly a player would practice in Extreme Paint Brawl, as there is no real gameplay on offer whatsoever, it is nonetheless equally baffling that the practice mode literally contains none of the gameplay elements.

Ostensibly you are managing a team of paintball players though really you are more engaged in simulating a simulation – the team management aspect just isn’t there. Musician Todd Duane provided the music for the game and it is perhaps, as others have said, the only extreme aspect of the game. So much of the game seems rushed and poorly executed that it is almost unfair to begin to harp on things like the music but it doesn’t quite add much to the package. 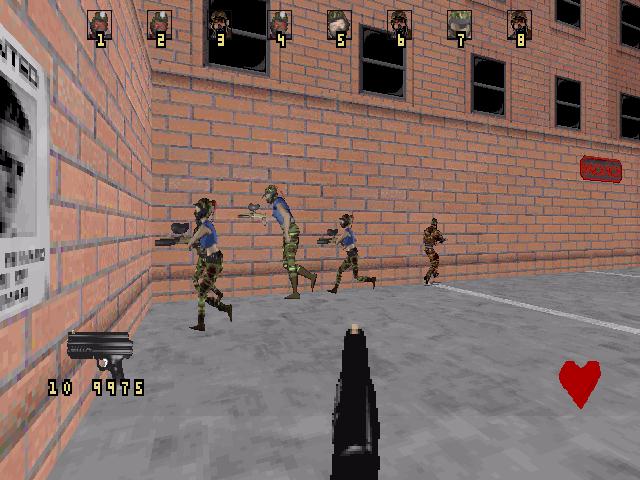 Lest you think we are going on about this somewhat unfairly, the gameplay is also a bit embarrassing in its execution – AI teammates exhibit little to no intelligence but, randomly, are shown to be capable of amazing gameplay feats, such as perfect aim. Nothing quite says quality programming like being sniped from behind physical objects or a player that stands in the middle of a room slaughtering everyone with precision targeting. Sounds fun, right? Not at all, actually, and this game is perhaps best reserved for those that need a palate cleanser after playing something a bit more quality and engaging. Something with high graphical fidelity and solid gameplay that really pushes the boundaries…. like Pong.