Konami have announced a brand-new Mini Console, which comes with a stack of classic games built-in!

Have we had enough mini “retro” consoles yet? Konami certainly don’t think so, with their announcement of the PC Engine CoreGrafx Mini! Yep – the legendary PC Engine console, originally released in Japan in 1987 as the PC Engine, is making a comeback and this time it will fit into the palm of your hand. 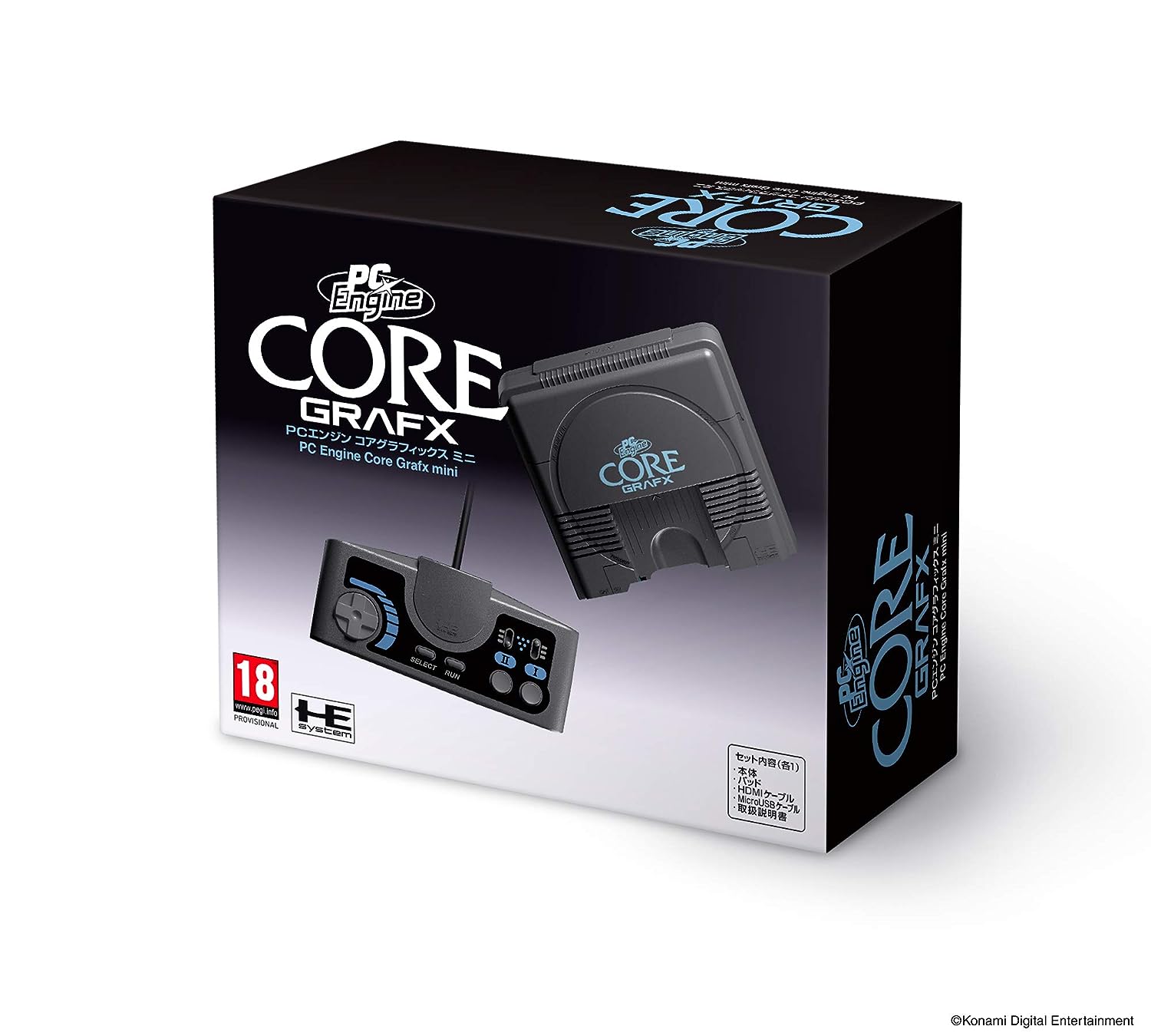 The games list features a mix of PC Engine games (Japanese versions) alongside TurboGrafx-16 games (English versions). There are some standout titles in the collection which certainly make a pretty compelling case for picking this mini console up, including the legendary R-type and a selection from perennially popular Bomberman series. To really recreate the feeling of playing classics such as these, the PC Engine CoreGrafx Mini features different modes that let you choose how your games look, such as by replicating the scanlines on a CRT TV. Connecting to your TV in the first place is handled via HDMI cable.

You can check out the games list via this official video from Konami:

Sadly the PC Engine CoreGrafx Mini won’t be arriving in time for Christmas, but it’ll be in your hands early next year!

TAGCore-grafx PC Engine
Previous PostWould you take on the "Worst Ever" Super Mario Level? Next PostThe Top 10 Fighting Games of All Time!