Home Featured Articles PIPPO (ZX Spectrum) – You didn’t but it?!

Back in the early days of video games, most in the industry had no idea what would work and what wouldn’t, let alone what to do with successful concepts once they exploded. This is why you see so many “Pong” or “Pac Man” clones from the day – publishers and developers only known path to success was in marketing what sold and, since the industry was just a babe, no one really knew what sold until it did.

That’s why games like PIPPO are so unique – they try something different in a sea of similarity, garnering themselves attention (and respect) from a game’s press looking back years later on how we’ve come so far and what games have brought us here as an industry. The ZX Spectrum is a relatively unknown system for many younger retro gamers but it had some classic games that not only helped establish the industry but also provide valuable insights into the history of video gaming itself. 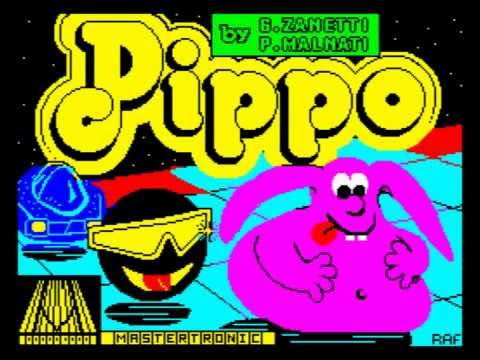 Indeed, the world was forever changed by Tetris’ release on the Game Boy portable, so puzzle games have always had a huge place in the industry and PIPPO is very much a member of this hallowed tradition. While not as endlessly engaging as Tetris, PIPPO nonetheless attempts to create a lasting and challenging puzzle game before anyone really knew how to do that.

Ostensibly a basic puzzler on its face, PIPPO also combines elements from platforming games to change things up a bit. Players are tasked with changing the color of square tiles while also avoiding baddies that roam each stage looking to take you out.

The challenge comes from an unintended flaw in the game; namely, there’s a programming error with regard to even and odd numbered levels that takes some of the challenge out. With 32 levels in total, there’s tons of content for in PIPPO but players may become frustrated once they have discovered the game’s central conceit (and, subsequently, its exploit). Stage maps also have gaping holes that players need to avoid. One thing inspired by other puzzle games of the time is that the player isn’t totally harmless when it comes to encountering enemies. Like in the classic game Pac Man, players can use something like a power pellet which makes the stage onscreen enemies vulnerable for a brief period of time. 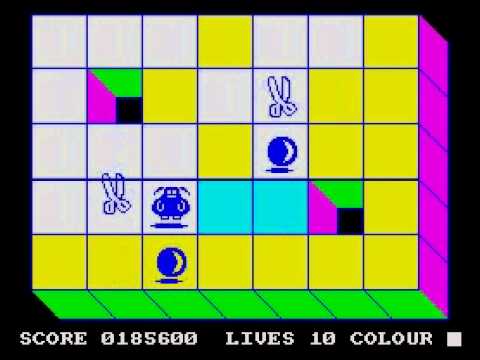 Graphics and sound are somewhat muted but par for the course for a ZX Spectrum game. Fans of classic titles won’t find anything to complain about in this department although the archaic presentation might be jarring for some modern players. Speaking of graphics, the game also utilizes a number of graphical flares that take advantage of the ZX Spectrum hardware but is, overall, plain by today’s standards.

That doesn’t mean you shouldn’t check out the game. In fact, if you’re a fan of puzzle games and love a good challenge, you owe it to yourself to give PIPPO  more than a glance.