Home Featured Articles Pirates of the Caribbean: Dead Man’s Chest (PSP) – Metacritic, You Got it Wrong!

Pirates of the Caribbean: Dead Man’s Chest (PSP) – Metacritic, You Got it Wrong!

When Disney World attraction-turned-movie Pirates of the Caribbean debuted as an action-adventure movie starring Johnny Depp, the world was shocked by the box office success of the film which proved to not only be a summer blockbuster but also a new (and enduring) franchise for parent company Disney.

Of course, in the grand tradition of smash hit films marketed towards younger demographics, Pirates of the Caribbean also churned out a video game iteration available for all systems that were out on the market. And, also in the grand tradition of Disney properties turned into video games, the quality of execution may leave something to be desired…at least as far as critics are concerned.

But fans of the film Pirates of the Caribbean loved the game and the PlayStation Portable version was no exception.

An adventure game that combines elements of an RPG Pirates of the Caribbean may remind some players of games like Castlevania. The player can customize Jack Sparrow and the Black Pearl ship by upgrading elements of each as the game progresses. While not terribly challenging, the game can be incredibly opaque in terms of what it expects players to do and what they need to accomplish to get there.

The gameplay takes place on both sea and land with the Black Pearl serving as the ship and Jack Sparrow as the player’s avatar. There are a range of options given to the player as they make their way through the game with regard to what they should do next. Again, options isn’t always a good thing as this can sometimes be confusing but the presence of such a robust set of options for the player definitely adds replay value to a core gameplay experience that lacks the kind of depth you would expect from RPGs of this era. 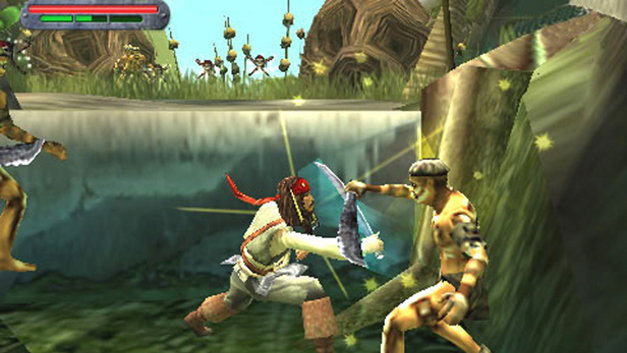 But not everyone is looking for the next 120 hour experience, and if you’re a gamer that is both a fan of the movie and a fan of action-RPG games then Pirates of the Caribbean might be the right title for you. In terms of sticking to the source material it is very true to it even though the source material is a Disney World theme ride. That said, it takes a lot of inspiration from the pirate stories and movies of old.

The graphics are what you would expect for the generation, meaning they neither stand out nor look that bad in hindsight but certainly the graphics aren’t going to win any awards. One thing that does stand out is the soundtrack. Disney is known for its awesome scores to both its movies and other properties and Pirates of the Caribbean shows up in this regard. 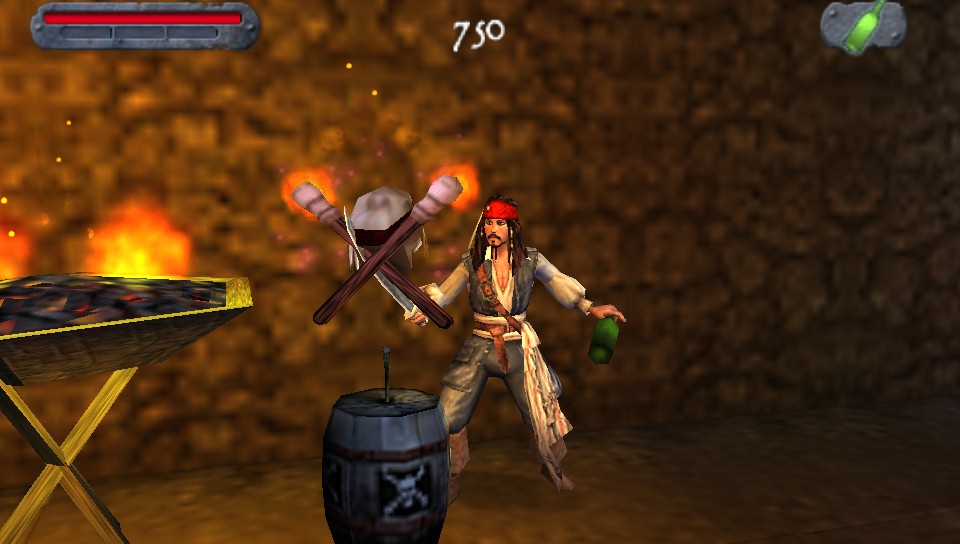 The game is perfect for Disney fans or for those people who love everything associated with pirates. While it isn’t the most flawless deployment of the concept, Pirates of the Caribbean is more than fun and enjoyable and will easily suck away hours of your life on the PSP. The added incentive of portability really gives the game a whole different aspect that transforms it from something that would be lacking on the consoles to something special.