Sega’s swansong console the Dreamcast was in many ways the culmination of everything Sega. This is probably why it is so fondly remembered by fans and also why it is considered by many to be one of the most promising failed consoles of all time.

Sega in the 1990’s provided Nintendo with their first major challenge in the videogames industry. The battle between console giants the Super Nintendo and Sega Genesis divided a generation and acted almost as a personality test for the console owners. Sega’s games were edgier, the marketing more adult and bizarre, and the Sega Genesis’ games matched these themes.

Seaman for the Sega Dreamcast seems to have been born of this ethos. Now you’re probably thinking: Who would name a game Seaman? Welcome to 1999. Seaman is perhaps one of the most innovative, if indeed bizarre, games to ever land on any console. Its home on the Sega Dreamcast is apt and symbolic of the system’s evanescent life.

Developed by Sega internal studio Vivarium Jellyvision under a team led by Yoot Saito, Seaman was a virtual pet video game published for the Sega Dreamcast initially and later the Sony Playstation 2.

Virtual pet simulators were quite the rage in Japan and abroad in the late 1990’s. Hoping to cash in on the Tamagotchi craze, many different developers offered up their own interpretation of the simulated pet game. Seaman, in fact, was not Sega’s first attempt at such a game: The Dreamcast Virtual Memory Unit and the system’s landmark title, Sonic Adventure, allowed players to raise virtual creatures called Chao on the VMU in a Tamagotchi style minigame.

Seaman is this concept on the next level.

As one of the few games released on the Dreamcast that actually used the microphone unit, Seaman allows players a level of interaction with their virtual pet that Tamagotchis lacked. Speaking to Seaman was part of the core surreal experience and is one of the game’s features oft remembered by people who have played it. 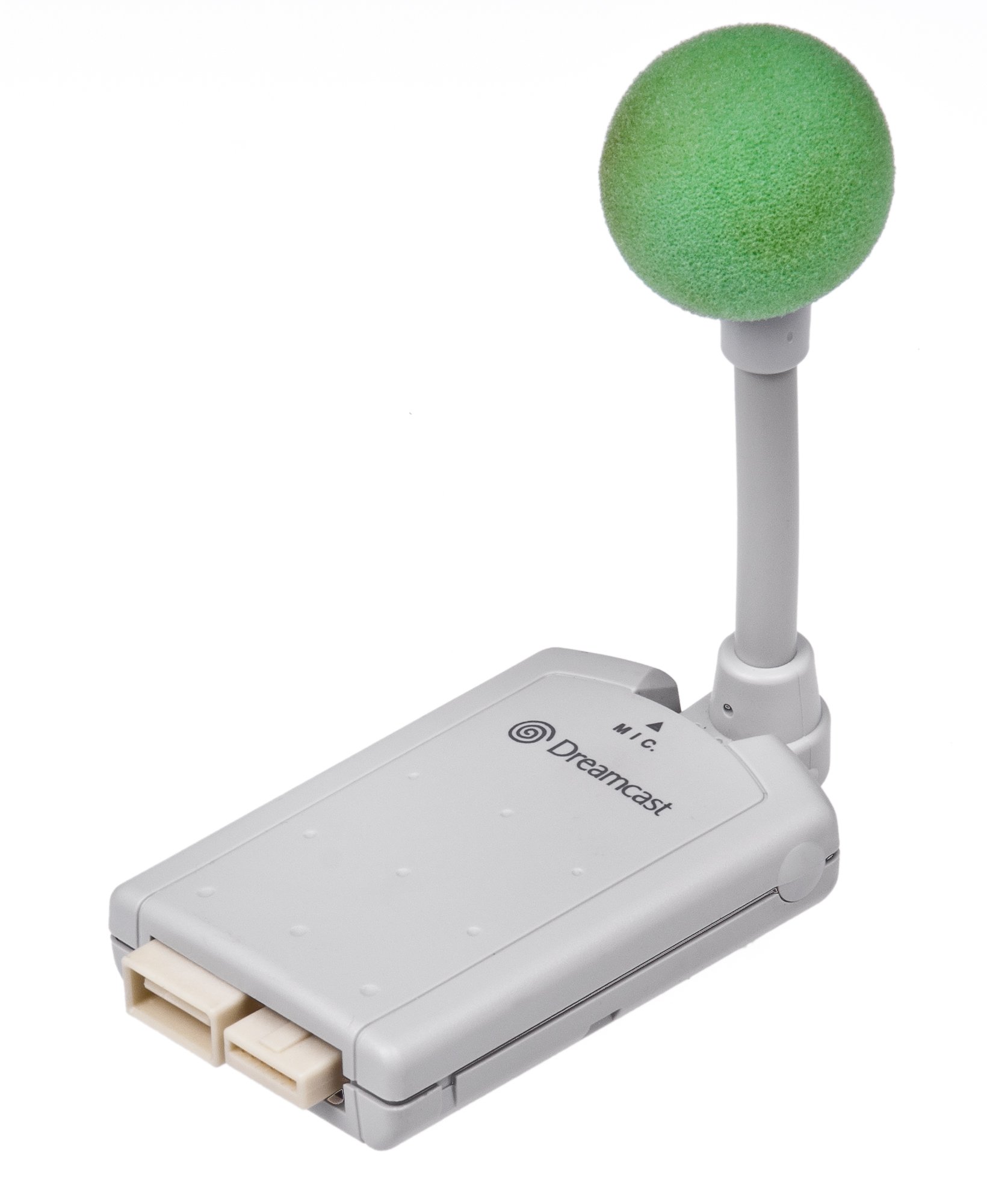 The game has a pseudo-documentary feel as an English-language narration provided by the late Leonard Nimoy (Star Trek’s Spock) gives the game an almost National Geographic sense of gravity. This serious mode is undercut by Seaman’s face which is that of the producer’s himself, Yoot Saito. This strange looking man fish commands your attention and needs your interaction. The levels of absurdity start to reach peak crescendo around this time.

The game’s story revolves around the player learning how to care for the recently discovered Seaman creature. During the course of the game the player interacts with the human-like Seaman to learn more about the species and document their findings.

The game’s action is relatively sparse and the player’s main task is to care for and interact with the Seaman creature. One of these realism requirements includes checking in on the Seaman pet every day. If the player fails to do so the creature could die.

Seaman can do everything from share random trivia with the player to offering insults if it does not like how it is being treated. Evolving and breeding Seaman fish to reach the pinnacle frog stage is the ultimate goal for the player and involves making deft use of the game’s mechanics.

If you read all of that and you’re still with us, this game might be up your alley.

Named by Game Informer as one of the weirdest games of all time, Seaman initially opened to a fairly positive sales success with tepid critical reception. The game’s reputation as a quirky and underappreciated genre blender is only heightened by its existence on Sega’s last system. If you’re looking for something a little different, perhaps even slightly weird, then Seaman for the Sega Dreamcast needs to be near the top of your list.