No game company dominated beat ‘em ups in the early 1990s arcade scene quite like Japanese publisher Konami, who released not only the classic The Simpsons arcade game but also a property based on the Teenage Mutant Ninja Turtles using the same basic setup.

Just beginning to truly catch on fire in a worldwide sense when the game came out in 1991, Teenage Mutant Ninja Turtles: Turtles in Time stars the four titular heroes (Michangelo, Raphael, Donatello, and Leonardo) in their quest against the Shredder and the evil Foot Clan.

Bashing your way through stage after stage ripped right from the comics and animated series, you encounter TMNT stalwarts like Bebop and Rocksteady as well as Krang and endless legions of Foot Clan minions. The art style in particular evokes a mix of the Saturday-morning cartoon and the comic book on which the series is based.

Coming out just before the arcades were truly swept up in the fighting game craze inaugurated by Street Fighter II, TMNT: Turtles in Time evoked a kind of joy and fun that is only had in a great co-op title, something that the arcades excelled at in ways that consoles often struggled with at home.

With up to four possible players, Teenage Mutant Ninja Turtles: Turtles in Time has enough room for everyone and each turtle has his own unique play style that gives the group options as to who will play what style. 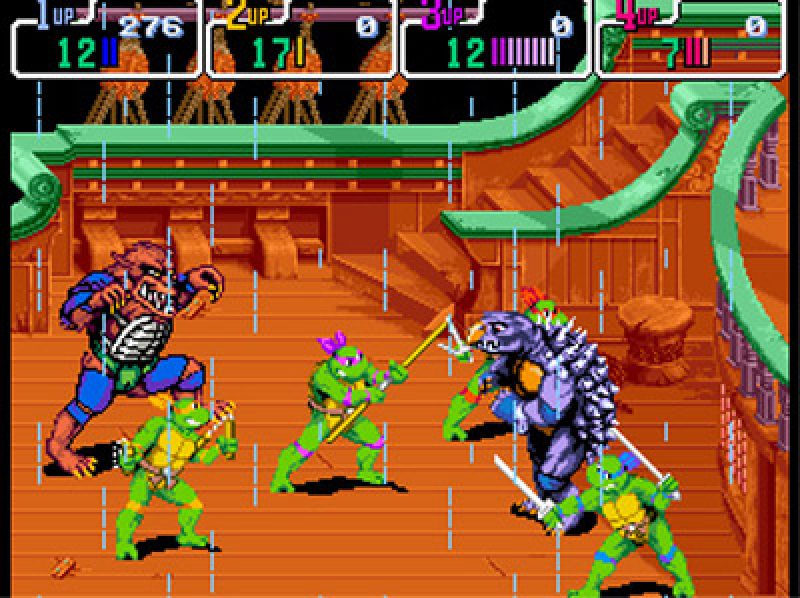 Though far from the class system found in MMORPGs today, each turtle’s unique abilities definitely lent themselves to one playstyle or another and co-op gamers appreciated these options. Given that the arcades were driven by crowds and then subsequently milking those crowds for every token they might have, TMNT: Turtles in Time’s success at the cooperative gaming element is no real surprise but is nonetheless a compelling part of the offer.

Initially starting out as a somewhat adult comic book, the expansion of the Teenage Mutant Ninja Turtles’ universe that occured with the debut of the animated series and other properties made the arcade game a draw because nothing offered the ability to be the turtles quite like it did.

If you and your friends had visions of being one of the four turtles this arcade game was there to fulfill your fantasies and it did it in amazing style. Sporting some of the most true-to-source graphics of any video game adaptation, Teenage Mutant Ninja Turtles: Turtles in Time continued Konami’s previous work as seen in The Simpsons of bringing the look and feel of an IP to the digital space. 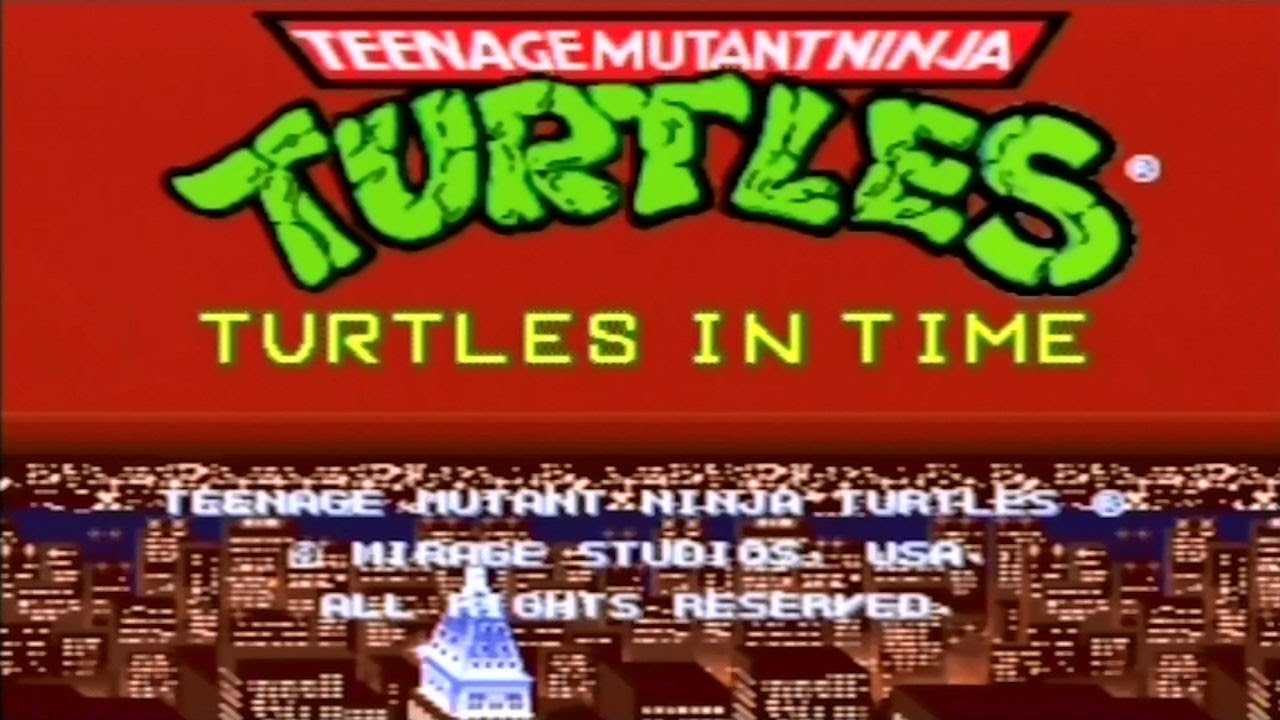 This is often easier said than done and even Konami itself struggled with translating the Turtles franchise into a video game with their bizarre though still classic Teenage Mutant Ninja Turtles NES game.

Bringing together the elements of the TMNT world with top-notch cooperative gameplay and world-class execution, Turtles in Time is a touchstone for many gamers even today who fondly recall its multiplayer gameplay and the hours spent with friends defeating the Foot over and over again.