The Top 10 Biggest Gaming Releases in the year 2000

The year 2000 was a year to be a gamer. With some of the most influential hardware and games ever released coming out in 2000, it was hard to select just 10.

Released towards the end of the legendary Nintendo 64’s lifespan, Perfect Dark was Rare’s gift to the system as it perfected everything introduced in Golden Eye and added even more stuff on top of that. Multiplayer Golden Eye was easily one of the most addictive modes for any game on the Nintendo 64, but people often overlook how fun it was as a single-player experience.

Mimicing the popular movie in many ways, Golden Eye put the player in the position of James Bond as you largely played through the narrative of the Hollywood film. Perfect Dark took this aspect to the next level and introduced some of the best storytelling on the Nintendo 64.

The music, the graphics, the gameplay – everything came together for Perfect Dark, making it one of the biggest events in gaming in the year 2000.

Continuing the cinematic gaming experience trend of the year 2000, the Dreamcast’s epic saga, Shenmue, was released in that year. A game whose tale will finally end in 2018 with the release of Shenmue 3, Shenmue on the Sega Dreamcast was touted as an open-world narrative experience informed by cinema, fighting games, and life simulation games.

It combined the best of many genres and did it in an amazingly masterful way. Shenmue was one of the biggest releases for the Sega Dreamcast, receiving a ton of marketing and more love and development time than most titles. Touted as the future of gaming, Shenmue did not falter and even introduced archetypal gaming concepts that are common place today – such as a “living world” in which completing the videogame narrative was not all there was to do.

The Nintendo Game Boy is easily one of the most successful handhelds of all time. It is hard to stress just how important the Game Boy was in the history of videogames and just how monumental it was that the system sold so many units.

Launched after the success of Nintendo’s NES, the Game Boy proved that portable gaming was a viable and lucrative market. Many imitators and competitors came and went, but the Game Boy remained on top. While everyone from Sega to Sony has tried to cash in on the lucrative mobile gaming space, only Nintendo’s offerings have ever gained traction with consumers. The launch of the Switch, Nintendo’s hybrid offering that is part portable part console could be traced to the launch, and subsequent runaway success, of the original Game Boy.

No one has ever challenged Nintendo’s crown in the mobile space and, really, until smartphone games came along no one really offered the Big N tough competition in portable gaming. If you’re ever wondering how Nintendo got it right with the Switch, look to the winning formula the company perfected with the Game Boy for answers.

The launch of Resident Evil: Code Veronica for Sega’s Dreamcast was a sign of things to come for the Resident Evil series. Gone were the overtyle B-movie vibes of the prior installments and in their place was a atmosphere-laden masterpiece of storytelling and gameplay.

In previous Resident Evil games the backgrounds consisted of pre-rendered images. Code Veronica ditched this in favor of fully rendered 3D backgrounds. Everything in the game had a crispness about its production that just screamed quality.

And arriving on the Sega Dreamcast was a bonus – it showed that Capcom wasn’t afraid to do new things on new systems. It was also a game the Dreamcast badly needed. With the launch of the PlayStation 2 in the same year, the Dreamcast had to call out all of the heavy guns to try to stave off any loss of sales. History, of course, did not favor Sega’s effort, but Code Veronica stands as a testament to Sega’s last hurrah in the console space. 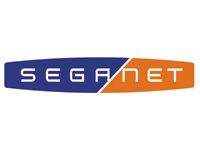 The Dreamcast was one of the most cutting-edge and ahead-of-its-time systems ever launched. When Sega announced that the Dreamcast would feature Internet connectivity, many balked at the feature, some even going so far as to label it an unnecessary feature.

While the Dreamcast’s Internet service never quite took off like later services from Sony and Microsoft would, Sega’s launch of Sega.Net was one of the most forward-thinking moves by a company that was literally throwing everything they had towards their last console effort.

5. The Legend of Zelda: Majora’s Mask

While more powerful hardware was arriving in the form of the PlayStation 2, and the Sega Dreamcast offered a dynamic experience of its own, there was still a lot to be said in the year 2000 for the Nintendo 64. One of the marquee titles to land on the system that year was  sequel of sorts to the blockbuster classic, The Legend of Zelda: Ocarina of Time.

Majora’s Mask twisted the traditional Zelda formula a bit and tasked Link with saving a world from impending doom. A moon looming large overhead through the action constantly reminded the player of the world’s coming apocalypse and the quirky, sometimes strange environments Link would explore let you know this was not Hyrule.

One of the most innovative and strange entries in the Zelda series, Majora’s Mask also proved that quality of execution could trump a more powerful system’s specs any day.

As it stands on Metacritic right now, the game has the most universal praise of any other game in that database. Skateboarding has gone in and out of the Zeitgeist ever since it took off in the 1980s, but Tony Hawk’s Pro Skater was a game anyone could play. Tony Hawk’s Pro Skater 2 expanded that accessibility and amped up everything with levels of quality that are difficult to match. From a phenomenally addictive gameplay premise to a stellar soundtrack, Tony Hawk’s Pro Skater 2 is a study in how to do a videogame.

2000 was a year to be a gamer was it not? It was tough to decide between the next two positions, both going to PC titles, but, in the end, originality won out over one of the best sequels ever made. Diablo was a sensation, Diablo 2 is a bonafide classic.

Building upon everything the original introduced in every way, Diablo 2 is still a standard bearer for isometric action RPGs to this day. In fact, Diablo 2 still has a healthy community and remains one of the most popular games among gamers.

Featuring endless mountains of loot and an expansive leveling and upgrade system, Diablo 2 could easily consume all of your gaming time in a given year by itself. Blizzard was known for its quality games even then, but nothing like it is today. Diablo 2 reminds gamers of Blizzard before it made it big, a Blizzard that wasn’t afraid of a gritty world filled to the brim with demons and violence.

The Sims beats out Diablo 2 for the second position simply because it is probably one of the most influential games since Tetris.

The casual gaming craze that was kicked off years later had its beginnings in The Sims, a game that pioneered endless DLC and reveled in the kind of open-ended gameplay gamers expect today. The Sims was a sensation, and has spawned multiple sequels and more DLC and add-on content than a Bethesda game.

The game’s premise is simple: You take control of a sim or sims, build a life (or don’t), and see what happens. There were so many quality mechanics all operating simultaneously in The Sims it’s hard to pick which one was better than the rest. Some people liked to build a family and watch it grow while others preferred act as architects and build palatial houses.

It offered a little bit for everyone and was certainly a big deal in hindsight.

1. Launch of the Sony PlayStation 2

The most monumental event of the year 2000 was the launch of Sony’s follow up to the PSX, the PlayStation 2. Debuting to mass hysteria not seen for a system, the PlayStation 2 brought graphics so powerful that Japan had to limit its export for fear of countries like North Korea using it for military technology.

Launched with a string of good, if not classic, titles, the PlayStation 2 would go on to become the most successful console of all time. In many ways the beginning of the modern era of gaming, the PlayStation 2 was the first major console release that had people from every generation looking for one.

Coming with a built-in DVD player helped the console convey a more adult vibe than other home consoles had. And it was a feature that helped move units – now that people could justify the dual expense of a DVD player and gaming console, the barrier to purchase became much lower as the DVD craze became more fervid.

Though deserving of an article in its own respect, the launch of the PlayStation 2 was perhaps the most consequential event of the year 2000 in videogames.