1988 was the year of sequels to many hot video game franchises like Ghosts ‘N Goblins and Squaresoft’s Final Fantasy, but it was also a year of the Sega Mega Drive’s release and Nintendo’s Power Pad foray.

Indeed, 1988 was  a year for building upon the successes of previous years and largely featured a stable of games that iterated upon previous series, sometimes in a vast, new way and in other cases hewing largely to the formula established by the original.

What we do see here are the nascent signs of what would become a no-holds-barred rivalry between video game home console giants Nintendo and Sega. Sega’s prowess in bringing home its stable of arcade hits, along with its more “mature” slant to video games, made it a credible threat to Nintendo’s relatively unchallenged dominance of the industry with the Famicom 8-bit home system. 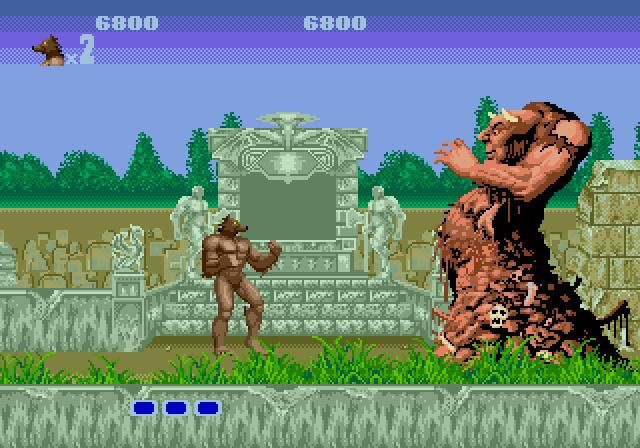 An arcade smash hit, Altered Beast offers pretty basic gameplay but was a tour de force back in the 1980s. Sega’s original specialty was arcade titles, and Altered Beast was the most Sega of them all. A mix of a side scrolling beat ‘em up and a fantasy RPG, the character avatar could take on various beast form which gave him other powers to use in combat. While this in and of itself is nothing groundbreaking, Altered Beast combined this experience with arcade sound and huge, detailed sprites – in other words, Altered Beast traded as much on gaming as an experience as gaming from a technical perspective. The total package is pretty outstanding in sum. Without spoiling it too much, let’s just say that modern players will be surprised how forward thinking Ultima V is in terms of its approach to a PC RPG. The Ultima series is known for introducing a lot of advances in the RPG space, and Ultima V contributes many modern gameplay features that will be immediately recognizable by modern players, including day/night schedules and a vastly expanded set of options for exploring the world around the player. These are all familiar to fans of Bethesda games, and they all got their start with the Ultima series.

The first entry in Sega’s long-standing RPG series, Phantasy Star for the Mega Drive was one of the first big role playing games on the system and showed that Sega could make some serious RPGs, a fact that is somewhat forgotten even today. Combining a great story with beautiful graphics and sound is only half of the equation: Phantasy Star also features some of the most solid RPG gameplay around and is deep even by today’s standards. 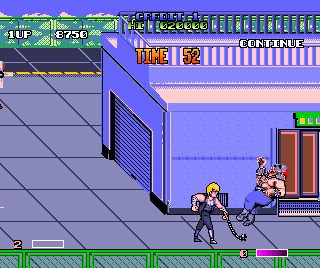 Another sequel that remembers its predecessor without slavishly following its conceits is Double Dragon II: The Revenge, a game that is immediately accessible whether or not the player has played the first title. Double Dragon was challenging, and Double Dragon II no less so. Thankfully the game combined a cinematic execution with a challenging side scrolling beat ‘em up gameplay style to deliver an experience that was hardcore 1980s. If you want the essence of the arcade scene during the latter half of the decade, Double Dragon II is it.

Capcom’s sequel to Ghosts ‘N Goblins continues the difficult-as-hell gameplay and bold, colorful graphics of the original. This is an example of a sequel that stays close to the original formula while also giving players more of everything – a method that would later be used and reused over and over again to great success by many publishers. In the era before rampant sequels and prequels, you never knew what you would get in a next installment, or if it would even come. Thankfully, fans of Ghosts ‘N Goblins got a game that was both all too familiar and amazingly fresh at the same time. 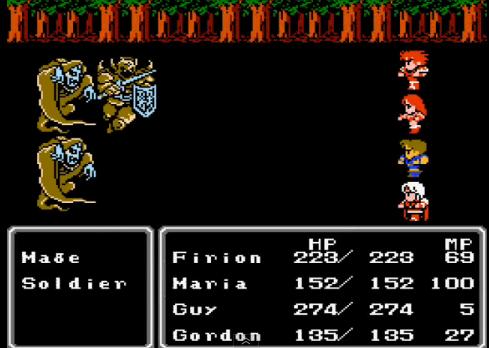 Final Fantasy II was not the game Squaresoft expected it to be, nor was it the game that gamers wanted but it was nonetheless a brave and bold experiment with the JRPG formula. One way to describe the formula is to consider that employed in Oblivion and Skyrim from The Elder Scrolls series. The player in Final Fantasy II levels up actions by using that action, weapon, or what have you repeatedly in battle. What this resulted in during the game is attacking your own characters to level up attributes, breaking the system and power leveling before it was officially a thing. While not the best leveling system, if it can even be called that, the rest of the game is a bit of a slog by modern standards as well. So why is this game on this list? Because Final Fantasy II’s experimental approach demonstrated that publishers need not stay within the lines when considering what kind of gameplay engine to develop. Square’s experimental approach to the Final Fantasy combat system never stopped and, in many ways, this tradition can be traced back to Final Fantasy II’s bold release. 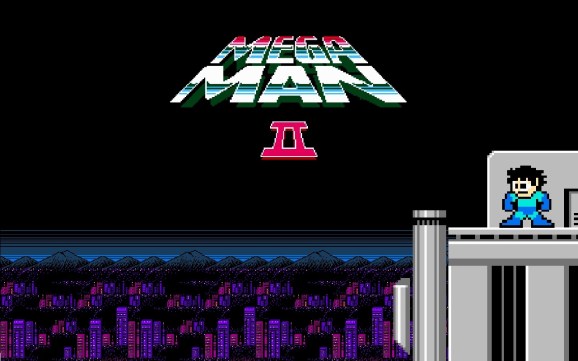 Another legend on this list is the sequel to Capcom’s successful though not quite blockbuster Mega Man for the Famicom. Mega Man II was, again, everything its predecessor was and more. Developed under the guise that it might be the last title in the Mega Man series, a hilarious factoid considering Mega Man’s trajectory since, Mega Man II features great graphics, sound, and amazing gameplay. Challenging without venturing into maddening, Mega Man II also rewards players who think about the game and like to puzzle through things on their own or with a friend. Again, collaboration is rewarded and experimentation is encouraged as the robot masters become much easier to defeat if the player knows which weapon to use on which boss character. One of the more modern games on this list in terms of style (which is timeless itself), Mega Man II’s release in 1988 is quite a trip considering how little the series has fundamentally changed since. 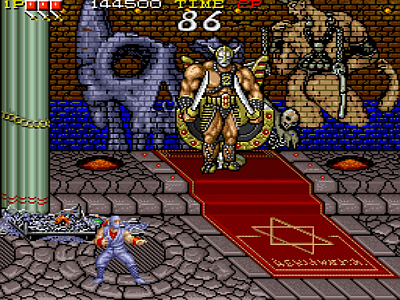 Probably one of the hardest games on this list without even breaking a sweat, Ninja Gaiden is also noteworthy for introducing cinematic elements into video games as well as featuring an involved story that continued over the course of each successive sequel. Ninja Gaiden’s graphics and sound also hold up very well in the hindsight of time, providing one of the few examples on this list of how older games could sometimes look better than newer games. Where Ninja Gaiden excels, however, is in its gameplay which is super tight and flawless, but abundantly challenging and not for the faint of heart. Keeping that in mind as you play through the game might help players overcome the endless deaths and stream of frustration that is part and parcel with the Ninja Gaiden experience. When people talk about “old school hard,” Ninja Gaiden is one of those titles. It is, however, perhaps one of the most rewarding video games on any system at any time and is definitely worthy of a playthrough. 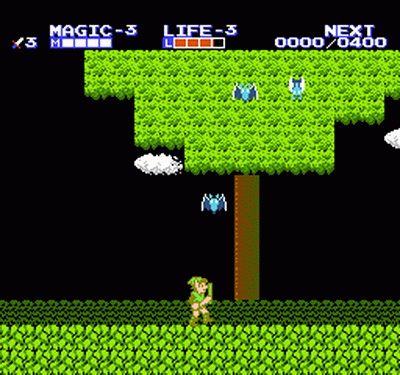 The follow up to the Legend of Zelda on the Famicom, Zelda II, really took the series in a different direction and was likely jarring for many players on first encounter. That said, the game is nonetheless an interesting specimen in the Zelda lineup as it combines 2D side-scrolling action adventure with primitive RPG elements that would later become so ubiquitous in gaming as to be unworthy of mention. The graphics are vivid and colorful, switching between an overworld map somewhat in the style of the first game and the aforementioned 2D side scrolling elements. The game is challenging, like the first, and often relies upon obscurity more than anything. This was the era before the Internet after all, and sometimes keeping things vague forced players to figure things out among themselves. Overall the game is one of the cooler explorations of the Zelda theme and is definitely a classic in its own right. 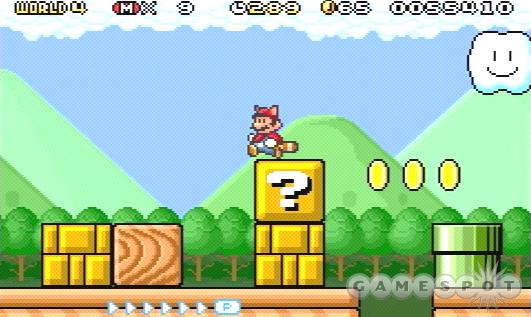 Probably the definitive Mario title in the eyes of many gamers, the classic Super Mario Bros. 3 dropped for the Nintendo Famicom in 1988, making it perhaps not only the biggest release of the year but also of the latter part of the decade. This is the game many critics often cite when they review current Mario titles and for good reason: No other entry combines so much into such a perfect combination of familiar gameplay and necessary innovation. Taking everything that the original title introduced to the world and amping it up to the next level is just one of the many ways in which Super Mario Bros. 3 is so memorable. Another is that it is so quintessentially Mario by, in effect, establishing what would be considered that meaning the game was so impactful for the series as a whole it’s tough to think about Mario before Super Mario Bros. 3 and nearly impossible to consider the series after the title’s release. If there is only one game you play in the Mario series, this might need to be it. Really it would boil down to your preference for 2D versus 3D action adventure games but, as far as the former is concerned, there really is no better model than Super Mario Bros. 3, the title that showed the world that Nintendo was intent on staying on top.