1999 was one heck of a year and not just because of the impending Y2K apocalypse on the horizon. The year that served as the transition point between the PlayStation and PlayStation 2, 1999 demonstrated that the PSX was nowhere close to being finished with triple-A titles and the general quality of the PlayStation lineup is reflected in the rest of the industry as competition was at an absolute fever pitch for gamer dollars and pounds.

As you can imagine, picking out a couple of the best games from this year – let alone 10 – is a tough task. We’ve tried to give 1999 a fair shake in this article with a top 10 list that fairly represents pretty much the best of 1999. Of course, we’re sure you have your own thoughts and we’d love to hear them. Here are our top 10 games of 1999:

Set in the Dungeons and Dragons multiverse of the Planescape, Torment comes to us from Black Isle Studios and Interplay, the same outfit behind other PC role-playing game classics like Fallout and Fallout 2. Using the same engine as Baldur’s Gate, Torment does not emphasize combat but instead focuses intensely on the story. If you’ve wanted a game that plays like a great fantasy novel, Torment is your title. Critically lauded at release, it didn’t do very well commercially – probably because of the same reasons listed above. Since then, however, it has come to be regarded as not only the best RPG of 1999 but one of the best games ever made. 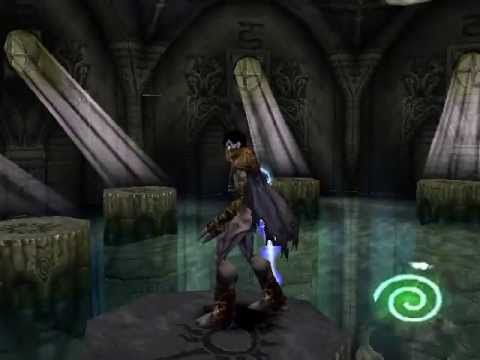 We feel like this game doesn’t get enough love and we’re shocked that there are no efforts to bring it back. Legacy of Kain was a relatively obscure, often difficult, role-playing adventure game. The Soul Reaver series, however, was a 3D action-adventure exploration title with RPG mechanics. We’re talking cool weapons, moves, abilities – you name it. In many ways, Legacy of Kain: Soul Reaver borrows a lot from the Tomb Raider series in terms of how it lays out its gameplay. Difficult without being maddening, Soul Reaver has a really compelling story and a dark atmosphere that makes you want to discover more about its world. And, like many titles for the PSX on this list, it really shows how the PlayStation can be used in novel ways for games that were relative graphical powerhouses for their time. 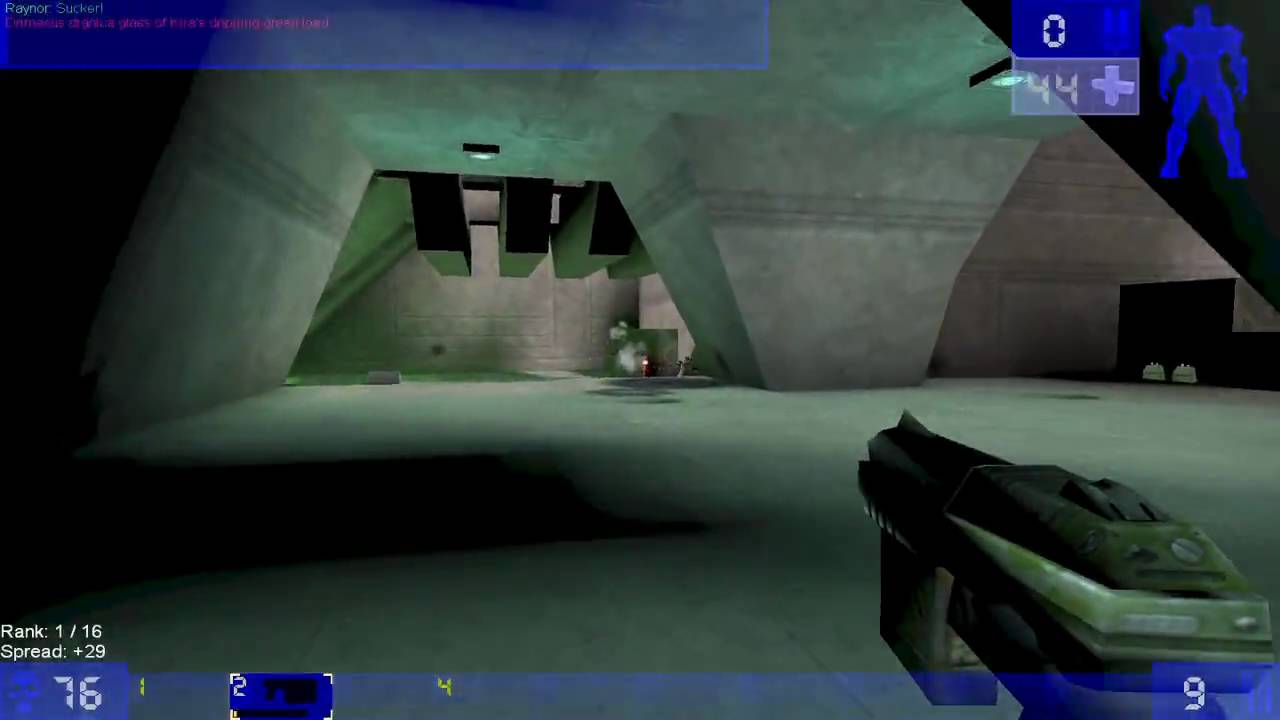 Unreal Tournament probably doesn’t sound like a very novel concept in the era of battle royale shooters. But, in 1999, this kind of thing was unheard of for most gamers. Pitting multiple people against one another in huge 3D arenas, Unreal Tournament was a DOOM LAN party without the LAN. Looking back, it is interesting that Unreal Tournament lost its name brand status in the world of competitive FPS games but it also helped pave the way for many of the titles that are popular now. One of the closest analogues that we can think of is CS:GO. 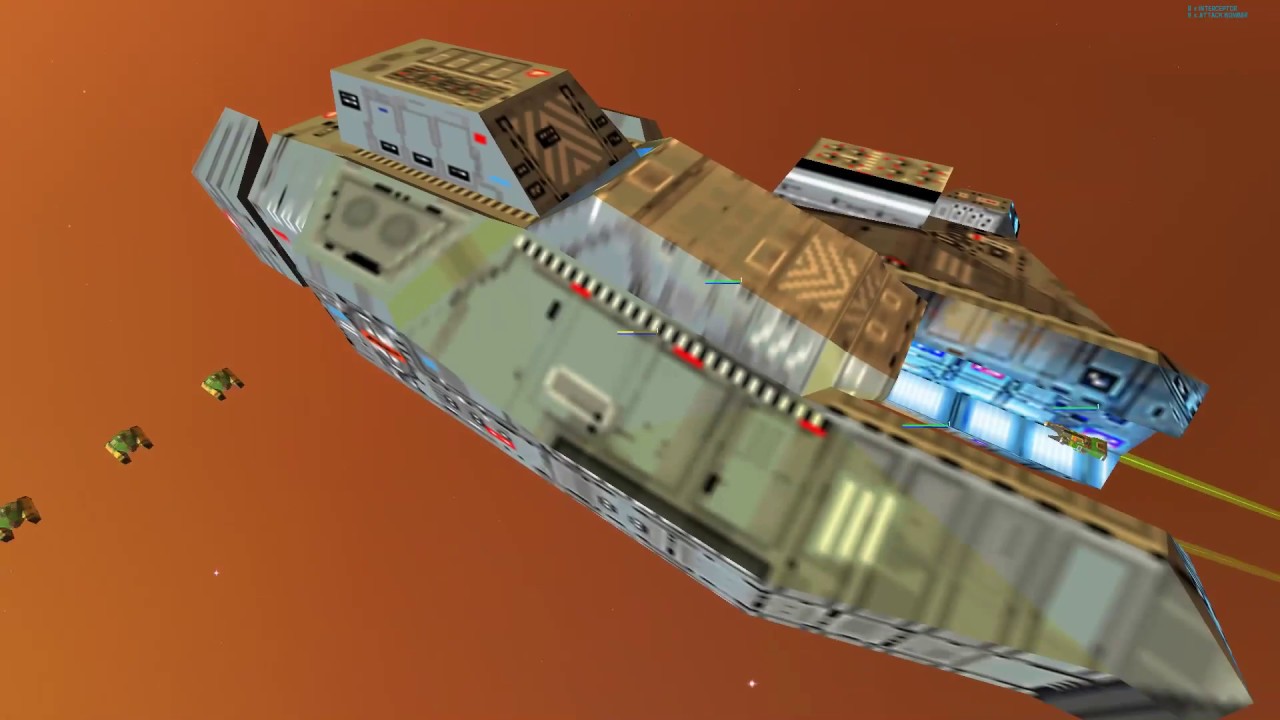 An RTS set in space that uses mechanics like those found in the Command and Conquer games, Homeworld was a tour de force when it came to graphics and sound back in the day. Beyond that, though, it also offered a really deep, engaging single player game and an absolutely awesome multiplayer game. Graphics, sound, music – everything comes together in this title for a game that really, really should have gotten more press. Naturally, we’ll explain why it didn’t in the next entry. Basically, real time strategy games are either too simple or too deep for many players. It is all about hitting the golden medium. Few do this, and Homeworld leans more towards the hardcore than it does the casual. Don’t get us wrong, it holds your hand initially, but then it plunges headlong into some really interesting but complicated mechanics. Don’t worry, it isn’t a Europa Universalis, but it does take more thought than you might think. 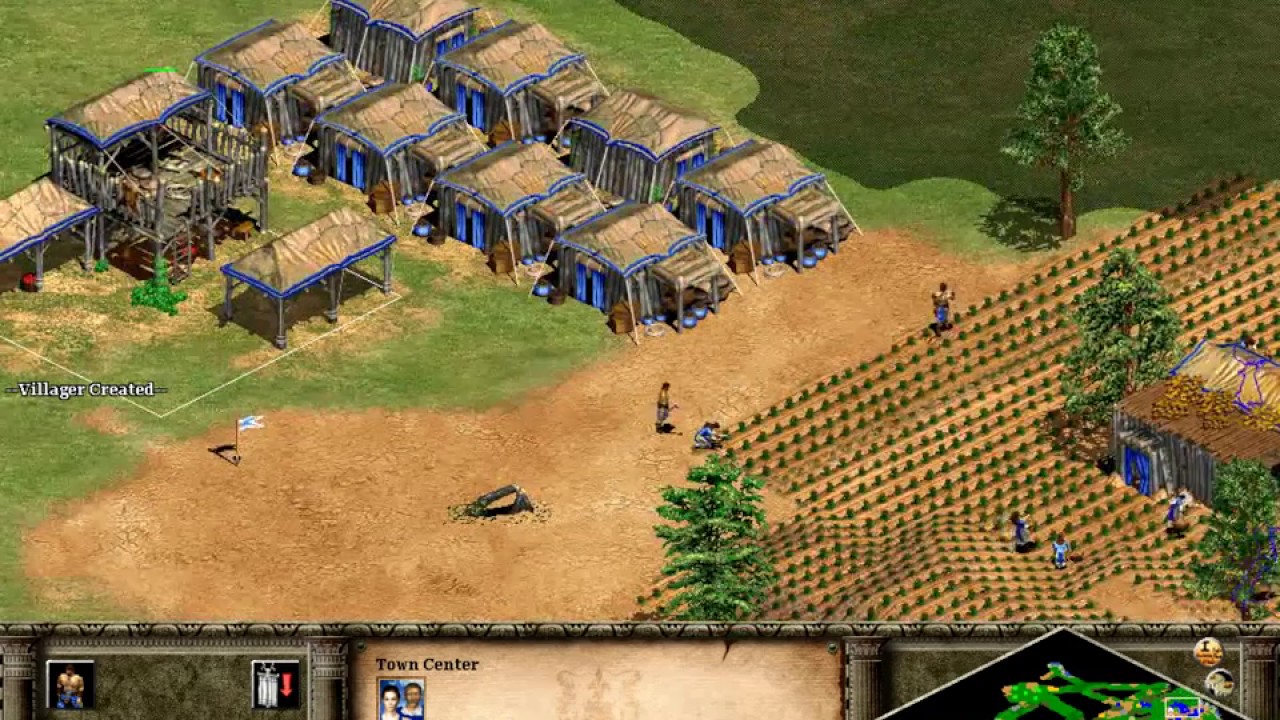 Microsoft’s masterpiece of a strategy game, Age of Empires II was an absolute blast to play and improved on the first game in every single conceivable way. There’s a reason this game has a remake and is still talked about to this day – it rules. Choose your civilization, exploit its strengths and you enemies’ weaknesses in a game that combines the tech tree of a Civ title with the frenetic real time strategy action of a StarCraft title. Featuring scenarios and custom game types, Age of Empires II has an almost infinite amount of replayability. We knew it was epic in 1999, but we had no idea just how foundational it would become. It also signalled a new era for Microsoft when it came to video games. At this point the Xbox was just a dream, but, less than ten years later, Microsoft would be fronting its own game machine and a bevy of triple-A titles like Halo. Like we said in the description for Homeworld, RTS games are about hitting that happy medium and this is something that Age of Empires II achieves. That’s probably why it’s still in high demand today. 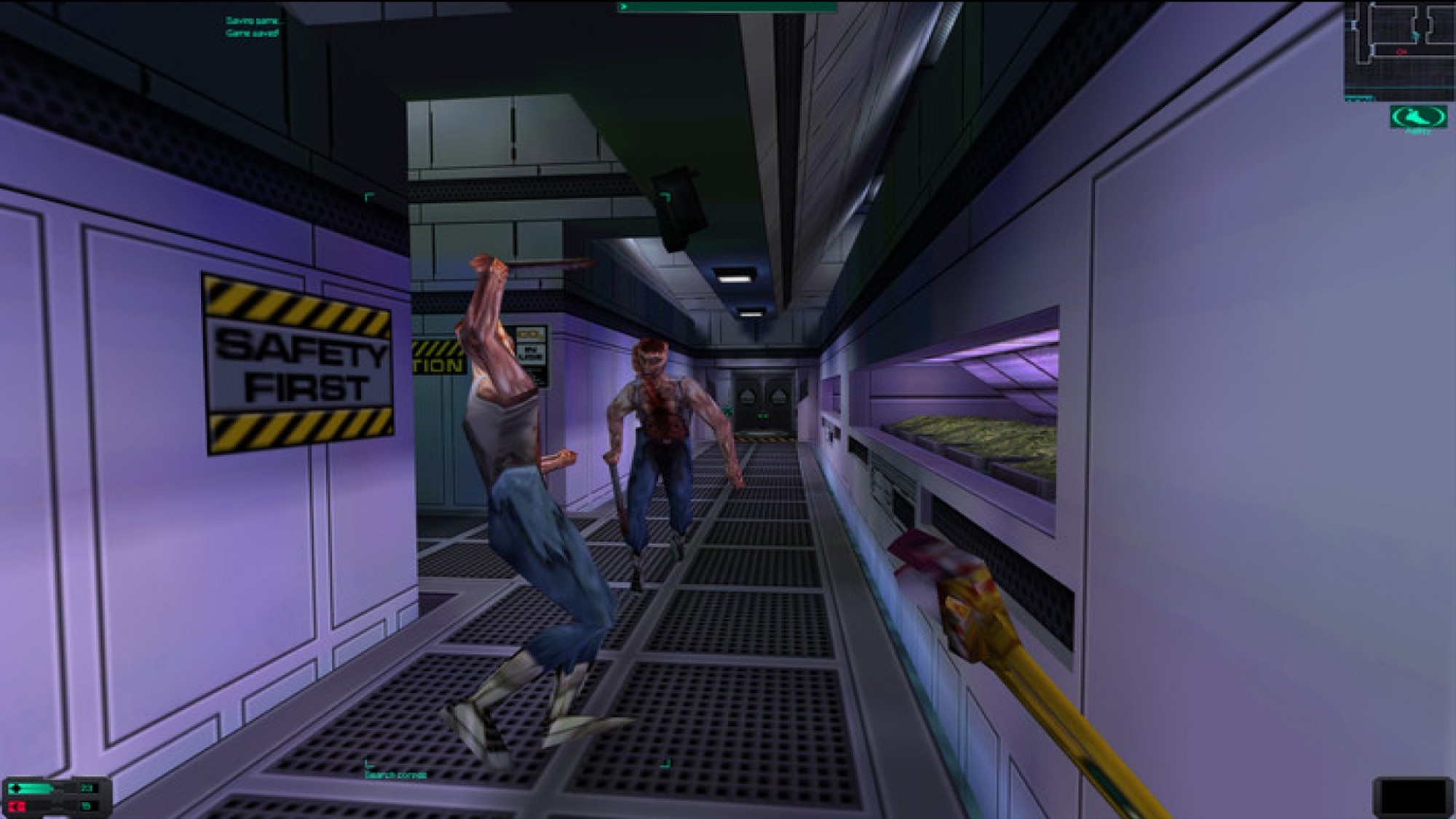 Rogue AI is scary, and System Shock 2 has some of the scariest malevolent technology we’ve ever encountered. Using the first-person gaming format to tell a psychological thriller that involves sentient technology that has decided to eliminate its human creators, System Shock 2 shows how different PC games could be in tone and content as compared to their more staid console brethren. Beyond that, though, System Shock 2 showed that the format popularized by DOOM and Wolfenstein 3D could be used to tell involved stories. This game, coupled with Bethesda’s The Elder Scrolls series, really shows the beginnings of how almost every game now uses FPS mechanics in some way. 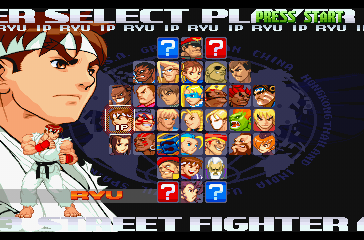 The Street Fighter series was getting a bit long in the tooth by the time this rolled out for consoles, but it helped show how powerful the PlayStation was when it came to 2D arcade games. The animation in the Street Fighter Alpha series is often noted for its detail and fluidity – two things that will tax any console. The fact that the PlayStation handled this remarkably well is a testament to Capcom’s ability to program for the system this late in its life. Speed and quick execution of button inputs is critical in a video game, and no less so here in a port that might be pushing the system to its limits. 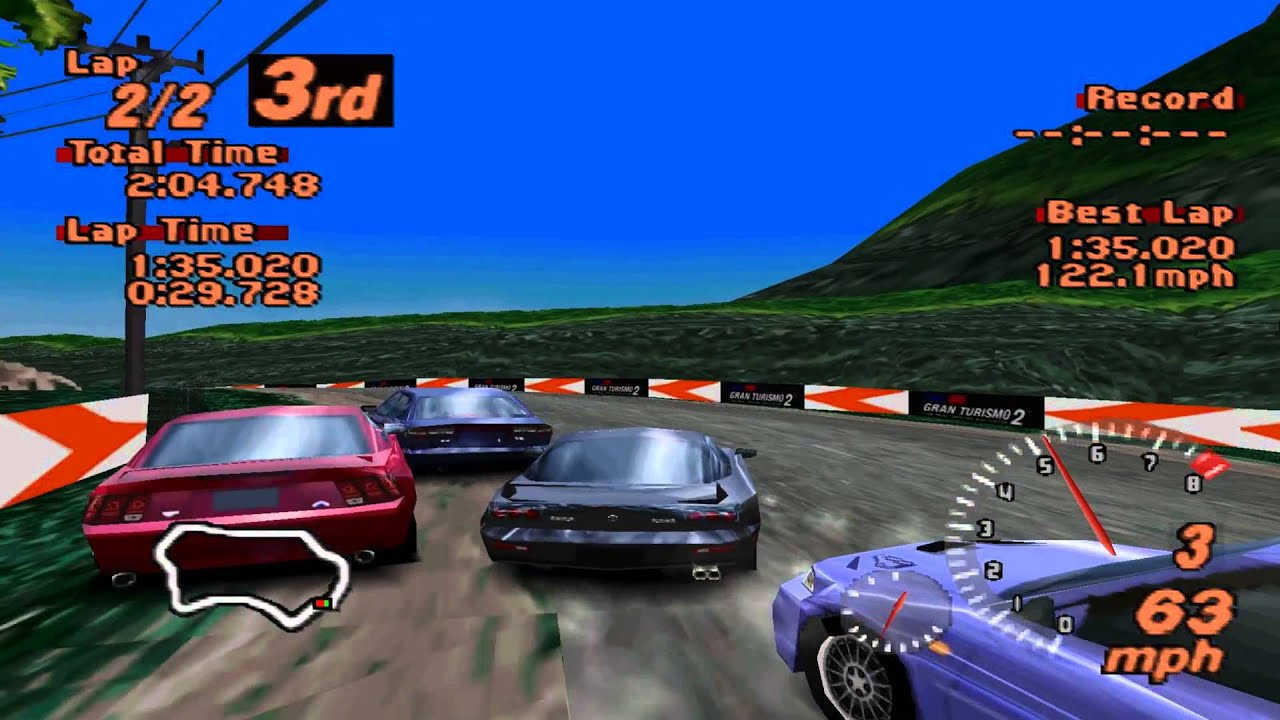 Speaking of pushing a system to its limits, Gran Turismo 2 was enough of an upgrade over the first game graphically to make you question just how far the PSX could go with its chipset. It looks good even now by many standards. Of course, none of that would have mattered if the game wasn’t an absolute blast to play – and it is. Featuring more cars and modes than any casual gamer could ever need, Gran Turismo 2 catered to the hardcore (a trait that still separates the series from some of the others out there). A smash hit racing game on the PlayStation, it was yet another example of how the PSX’s glory days came as the PS2 loomed on the horizon. 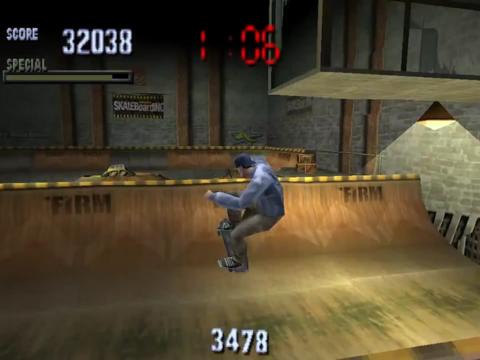 The sequel to this game would go on to become a critical sensation but this is the title that started it all, way back in 1999. Tony Hawk’s Pro Skater was so popular that it instantly reignited skateboarding back to popularity after a hiatus from mainstream culture and made Tony Hawk an internationally recognized athlete and brand. Known for his veteran skills on the skateboarding circuit before this game came out, Tony Hawk’s Pro Skater changed everything – including perceptions of what a sports video game could be.

The Dreamcast shows that you can do everything right and still fail. Coming off of years of console missteps and lackluster software, Sega’s Dreamcast was an absolute revelation when it debuted on September 9, 1999, and games like SoulCalibur helped cement its early position in the next-gen console race. An arcade perfect game without the arcade, SoulCalibur is an amazingly beautiful title even now. Firing on all cylinders for the first few months after its release, games like SoulCalibur made us all believers again in Sega. Sadly, the Dreamcast failed as we well know but the SoulCalibur franchise has gone on to become a cornerstone of the fighting game genre. Beyond that, however, is the sheer timeless quality that underpins everything in the original Dreamcast game. It still looks good and plays like a dream.

What were your favorite games of 1999? Did we leave any out of this list that you think should be here? Let us know your thoughts in the comments below.

A Brief History of: Gran Turismo