Sega’s Saturn was a system that was a day late and a dollar short but did not lack for heart, effort, or in the number of quality releases for the system.

The Sega Saturn suffered mightily at the hands of the Sony PlayStation’s ease-of-use when it came to programming 3D hardware, and the console generation went on to become dominated by Sony’s upstart system. What the Sega Saturn was, however, made it a 2D gaming powerhouse and that, combined with Sega’s penchant for arcade gaming greatness, made the Saturn a classic sleeper system among video game aficionados.

Straddling the new world of the PlayStation and the old world of its console rivalry with Nintendo, Sega’s Saturn reflected this in its games library – a roster consisting of arcade titles and new, more experimental formats.

While some consider Sega’s Saturn a complete failure (an argument easily bolstered by sales numbers), there is a certain charm in the system’s best games that you won’t find on the PlayStation or Nintendo 64. Many of these games have aged quite gracefully, while other console counterparts are somewhat like melted candles in the glaring light of hindsight.

Here are the ten top games for the Sega Saturn in a somewhat arbitrary but nonetheless tiered-by-quality order:

If you’ve ever wanted to command massive armies in a fantasy setting, Dragon Force is the game for you. Released by the legendary art house game publisher Working Designs, Dragon Force is a tour-de-force in terms of graphics, sound, music, story, and gameplay. An unsung hero of the Sega Saturn, Dragon Force is ostensibly a strategy game but is, in practice, a multilayered JRPG. The story is the main draw here as it is different depending on which character you choose. All of the generals available have different talents and strengths, making the replayability factor as high or as low as you want to make it. The game did spawn a sequel, Dragon Force 2, which largely continued the first game’s awesome gameplay and added a few more elements to the overall package. The first entry, however, is epic enough and warrants a spot on this list. 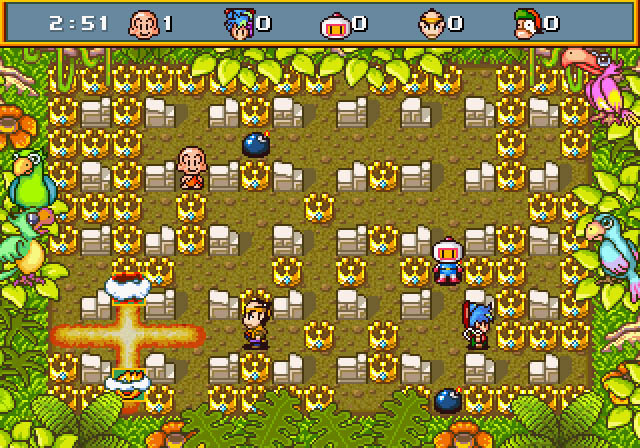 It’s Bomberman, it’s on the Sega Saturn, and it’s amazing. While normally reserved for multiplayer fiestas, Saturn’s Bomberman is amazingly enjoyable by itself. And the best part of all is that Bomberman games age like fine wines. Few people play them for their cutting-edge graphics and no one is citing the sound or music as compelling reasons to participate. Instead, Bomberman relies upon tried-and-true gameplay that brings gamers back time and time again, a spirit that Saturn Bomberman neither forgets nor lacks. Of all the games on this list, Saturn Bomberman is perhaps the most fun to play with other people and is the most readily accommodating of that style of gaming. Indeed, of most titles on this list the multiplayer aspect makes Saturn Bomberman one of the more modern titles on here since it emphasizes accessible arcade gameplay that appeals to all generations much like mobile titles do today.

Sega’s Virtua series of 3D simulations knows no end and that’s a good thing for gamers. An awesome light-gun game for the Sega Saturn, Virtua Cop is the popular arcade title of the same name ported to the home console for an experience that is largely the same – if you have the light gun that came with the game or was sold separately. And this is really the critical feature here: While you can play Virtua Cop without the light gun accessory, the attachment really does make all the difference when it comes right down to it. The graphics haven’t aged well, but that really doesn’t matter and, in fact, you could almost chalk it up to the late 1990s aesthetic. 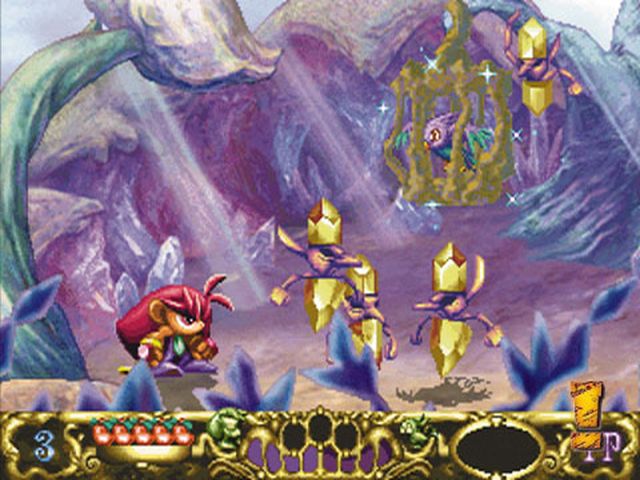 Astal is one of the more traditional games on this list and that’s not a bad thing. The Sega Saturn, being a 2D powerhouse, was more attuned to handling games like Astal, a 2D side scrolling game much in the vein of Mario and Sonic. What this game has that makes it stand out is an amazing presentation coupled with a well-crafted and compelling gameplay style that changes the 2D platforming genre just enough to keep it fresh without alienating longtime players. Not only is Astal one of the better games on the Sega Saturn, it was also one of the rarer – best of luck picking a CD up when it hit store shelves. That said, this title still shines forth today and is noted for its overall high-quality presentation. Gamers looking for an awesome platformer on the Sega Saturn should look into Astal before going towards the Saturn’s more experiment titles like NiGHTS or Bug. 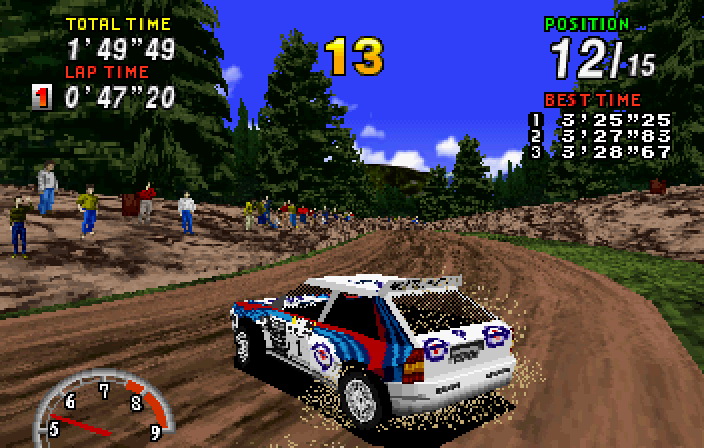 The first Panzer Dragoon was an awesome game, but its sequel was amazing. Panzer Dragoon combined rail shooter gameplay with gorgeous graphics and a narrative ripped straight from a JRPG. While the second game didn’t shift the formula too much, it did do everything better and that made all the difference in the end. Praised by critics upon release, the Panzer Dragoon series remained a somewhat niche game until later generations began discovering it. Saturn players, however, always knew what an awesome game they have on their hands. 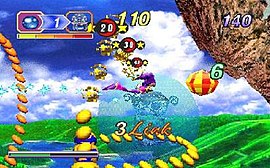 The Saturn never featured a 3D Sonic game, but it did have NiGHTS, the trippy, experimental 3D flying platformer hybrid that was Sega’s answer to Super Mario 64. This game is still a trip and, while opaque at first, offers some of the most unique gameplay around. The whole experience is dream-like and ephemeral – much like the theme of the game. That Sonic Team was able to execute this so well really makes you wonder what they could have done with a Sonic title on the Sega Saturn. The graphics are beautiful by the Saturn’s standards and show the system was capable.

The arcade beat ‘em up genre is a classic in both forums but is one that was on the wane during the Saturn’s life, which makes Guardian Heroes all the more amazing. While Guardian Heroes would have been par for the course in the 16-bit era, on the Saturn it was a bit of a strange creature: A beat ‘em up that combined RPG elements with the more traditional arcade style was something new indeed. The game’s artwork helped endear it to fans and is perhaps the reason its graphics have aged so well when compared with other titles of its era.

Virtua Fighter II is everything that players wanted from the Saturn when it first came out. Arcade perfect graphics, deep gameplay, and a classic Sega feel all contributed to create one of the best fighting games on the system (or any system for that matter). The game didn’t color outside of the lines and it wasn’t expected to do that. Instead what it offered was an updated experience, one that took into account the changes the fighting game genre had undergone since Virtua Fighter’s release as well as incorporating player feedback concerning the first game. Everything clicks with this game because of this and it remains one of the best 3D fighters ever made.

Panzer Dragoon Saga was a bit of a dark horse title when it released. No one knew what to expect, but what came out was epic indeed. Compared now to titles like Final Fantasy VII, Panzer Dragoon Saga is an RPG and a shooter at the same time. It pushes the Saturn graphically and advances video games on the platform narratively. Easily one of the deepest experiences on the system, Panzer Dragoon Saga is odd by today’s standards in that it is so clearly epic and amazing that it makes you scratch your head and wonder why it wasn’t pushed harder. A relatively unknown title in the mainstream when it was released, Panzer Dragoon Saga carved out a niche in the hearts of many Sega Saturn fans but languished there until discovered by later generations. But have no doubt – people knew this game was awesome when it dropped and that makes its time in the shadows all the more disheartening.

For more SEGA goodness, check out our Top 10 list for the SEGA Master System