Few sequels match or eclipse the original but the Game Boy Advance is perhaps one of the most successful follow ups in the history of consumer electronics.

Released in 2001 to an eager audience of gamers who couldn’t wait to get their hands on the console, the Game Boy Advance promised the bright, colorful graphics of a Super Nintendo combined with the portability and convenience of a Game Boy. And, in most respects, Nintendo delivered, shipping a console that not only matched the Super Nintendo in many ways but also was more powerful than it. With over 80 million units sold over its commercial lifespan, the Game Boy Advance was also a prelude to the uncontested dominance that Nintendo enjoys in the handheld space to this day. Heck, there’s even a contingent out there that makes the argument that, rather than being a home console, the new Nintendo Switch itself is nothing more than a portable system.

That’s because the Game Boy Advance, much more so than any other Nintendo portable, faced stiff market competition from other makers. But, in the end, it bested them all and birthed the dynasty we still see today.

Of course you’re not here for a history listen – you want to hear about the games. This isn’t going to be a list of the “best of” titles on the Game Boy Advance; instead we’re going to delve into the archives and tell you about the ten top underrated games for the Nintendo Game Boy Advance. 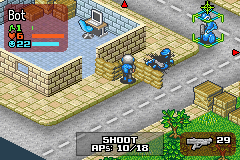 You might think a portable console and tactical role playing games are not the best combination but Rebelstar, the same pedigree as the ZX Spectrum series from the day, is here to prove you wrong. Somewhat like Final Fantasy Tactics or Battle Tactics Ogre, Rebelstar: Tactical Commands features deep strategic gameplay with a beautiful palette of colors and a library full of detailed sprites. It truly pulls you into its world and holds you there with a story to match its gameplay. Created by Julian Gollop, Rebelstar also uses an isometric perspective with a decidedly anime-influenced art style. It’s a masterwork in portable gaming and worth picking up for the Game Boy Advance if you can find a copy.

9. Boktai: The Sun Is In Your Hand 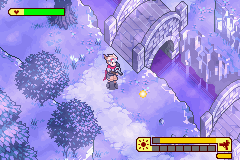 Metal Gear Solid director and mastermind Hideo Kojima brought this action role playing game to the Game Boy Advance in 2003. Sporting his penchant for the weird and the innovative, Boktai’s cartridge had a sensor for detecting sunlight to recharge an in-game item. Sporting some of the most beautiful and distinct graphics around on the Game Boy Advance, Boktai: The Sun Is In Your Hand features a day and night cycle, a huge fantasy world to explore, and a style of play that favors lurking in the shadows to direct action. A critical darling upon its release, its relative lack of commercial success contributed to its obscurity. Boktai spawned four sequels, one of which is available in Japan only but all of which are regarded as some of the best titles the GBA has to offer. 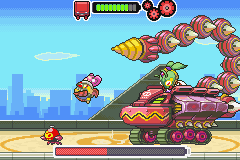 Ken Sugimori, of Pokemon fame, let his creative juices run wild with Drill Dozer, one of the Game Boy Advance’s iconic platformers that isn’t named Mario. Playing as Jill with her titular mecha drill suit, you explore levels doing the typical platforming things but with a newfound sense of freedom that comes only from being armed with a drill bit capable of moving through any wall.While never as big as Pokemon, obviously, Drill Dozer nonetheless is a charming- and underappreciated – title for the Game Boy Advance that was more than worthy of a follow-up sequel. Arriving right at the end of the Game Boy Advance’s market relevance in 2006, Scurge: Hive is an intense, fast-paced run and gun action game from an isometric perspective and with the simple yet overriding goal of destroying everything in your way, as is typical of this genre. Scurge: Hive isn’t all shooting and running, however, and there is a huge puzzle solving element as well as some platforming in the form of a Bionic Commando-style swinging arm apparatus. One thing that is immediately striking about Scurge: Hive is how beautiful and detailed the graphics are. Of course, this is to be expected coming out so late in the Game Boy Advance’s relevant era, but it is a nice and notable feature nonetheless. Scurge: Hive’s role playing game features are prescient and are now so commonplace that to remark on how unique they were then may not be as noteworthy as it should be but nonetheless the point has to be made that, in many ways, Scurge: Hive was ahead of its time in the genre-blending department. Another ZX Spectrum title reborn on Nintendo’s Game Boy Advance, Sabre Wulf is a platforming game with role playing game interludes and written as well as draped in a distinctly British style. As sabreman you make your way through various environments and fulfilling objects. Where this game shines is in how well the total package comes together. Again, finding a platformer not named Mario that is a good if not great game is a discovery by itself. And with its pre-rendered graphics, Sabre Wulf recalls the glory days of Donkey Kong Country with its overall look.

5. Zone of the Enders: Fist of Mars 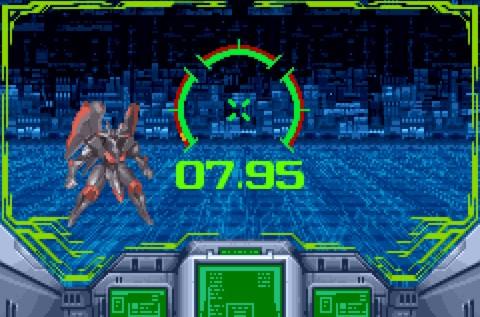 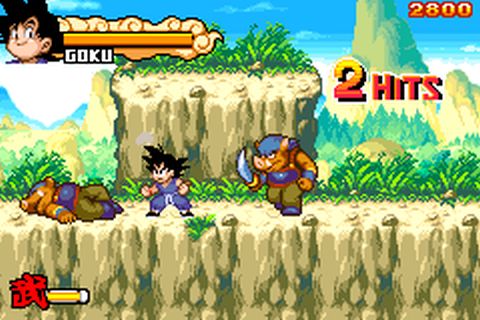 A combination of a side-scrolling beat ‘em up game and a fighting game, Dragon Ball: Advanced Adventure has detailed, anime-inspired sprites that mimic the look of the show and gameplay that captures the magic of the selfsame animated series. That means it is frantic and frenetic but always the perfect combination so as not to turn off players. In addition to the story mode there is also a multiplayer mode that might not be as active today but is worth mentioning nonetheless. Klonoa is pure magic and the portable iteration, Empire of Dreams, is just as good as its home console brethren. Empire of Dreams sports beautiful graphics and engaging gameplay. It is kind of mysterious why the Klonoa series wasn’t bigger back when it was released but it is enjoying a bit of a cult status now. Fans of platforming games have a lot to enjoy with this game and shouldn’t pass it up. 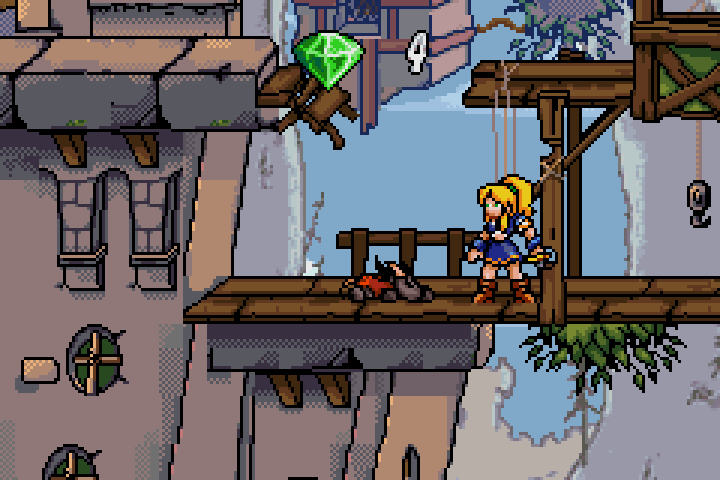 A side-scrolling platformer adventure game from 2001 that features the titular Lady Sia, everything seems to come together in this game for the perfect combination of great graphics, gameplay, and presentation. Lady Sia is a fantastic game in a fantastical world and is just brimming with character. Despite some really favorable reviews and press, Lady Sia, like many titles on this list, was not a blockbuster title upon its release and has descended into relative obscurity since. Nonetheless, we live in the era of the Internet where nothing needs to disappear and Lady Sia deserves your love if any title does.

The Game Boy Advance’s last game ever is also one of its best. Rhythm Tengoku is weird – to put it mildly. Featuring some of the same zany art and presentation as the Warioware series, Rhythm Tengoku is ostensibly a rhythm game but, like Warioware, is also just a minigame extravaganza in the end. Only released in Japan, Rhythm Tengoku spawned a cult around it that led to other games in the series and eventual releases on the Nintendo DS and Wii. If you enjoy strange games, Rhythm Tengoku will probably sate that appetite – in addition to being a blast to play.