Nintendo rarely missteps in the console market, but when it does, it doesn’t go down lightly. Even the Virtual Boy had some awesome titles under its belt before it was unceremoniously euthanized by the Big N. And, more recently, the Wii U truly had some classic software to its library before the Switch smothered it under the blanket of its vast sales.

When it comes to under-appreciated consoles the Nintendo Gamecube cannot help but place somewhere on that list. What some analysts would call a rare misfire by the company, Nintendo’s first disc-based system failed to capture market share and ignite a craze like many of Nintendo’s most successful home consoles have done in the past, up to and including the current Switch device.

But this doesn’t mean the Nintendo Gamecube doesn’t have a library of triple-A, groundbreaking titles on offer. Some of its best titles are straight from Nintendo itself, but other, more obscure titles that really shine on the system have nothing to do with the company at all – a marked change when you consider the Japanese company’s titles typically dominate the best-of lists.

Here we will discuss the 10 top underappreciated Nintendo Gamecube games. This list represents a wide swath of the industry with everything from horror to JRPGs.

10. Billy Hatcher and the Giant Egg

Developed by the famous Sonic Team, Billy Hatcher and the Giant Egg is an action adventure game that involves a fantasy world populated by chickens and a protagonist that rolls eggs to progress. The fantasy world of Morning Land is divided into 7 stages with 8 missions per stage. The game also features connectivity with the Game Boy Advance. Billy Hatcher and the Giant Egg is at times unconventional and entirely traditional. Never too much of a challenge, its gameplay and graphics both hold up very well given the game’s age. 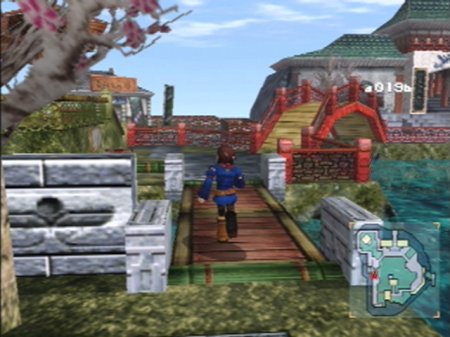 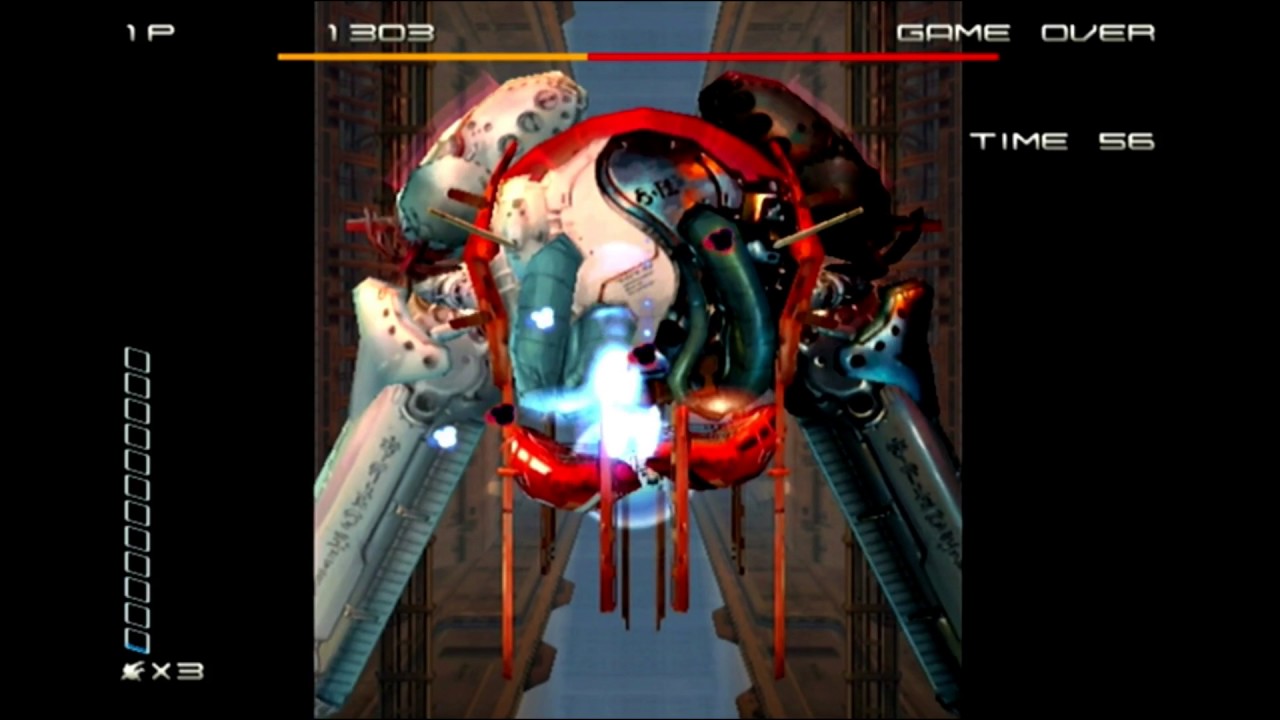 If you like shoot ‘em ups that will kill you over and over again then look no further than Ikaruga. A game that has since made an appearance on multiple systems, Ikaruga is a beautiful and wonderfully frustrating game that embodies everything great about this quintessentially Japanese genre. If arcade action and speed are your thing, along with a steep difficulty curve, then Ikaruga should join your library. But frustrating difficulty isn’t the only thing on offer here. Ikaruga also has a unique weapons system that adds a unique and needed variant to this genre which can at times feel stagnant.

The epic game from the PlayStation makes its way to the Nintendo Gamecube in a much-needed showing for the system to shore up its more mature approach to games. Metal Gear Solid: The Twin Snakes is an improvement over the PlayStation original in almost every way. Graphics are clean and crisp and the sound takes advantage of the Gamecube’s improved output. Where it really shines, however, is in its insane narrative and the ability of the game to hook you from the first minute. This remains unchanged from the PlayStation version and, like watching a movie again, The Twin Snakes never fails to both impress and charm. Perhaps not a necessary pick up for people who have already experienced it before, the game is a definite must-buy for diehard fans of Metal Gear and those who have not played it and need an action stealth game on their Gamecube. 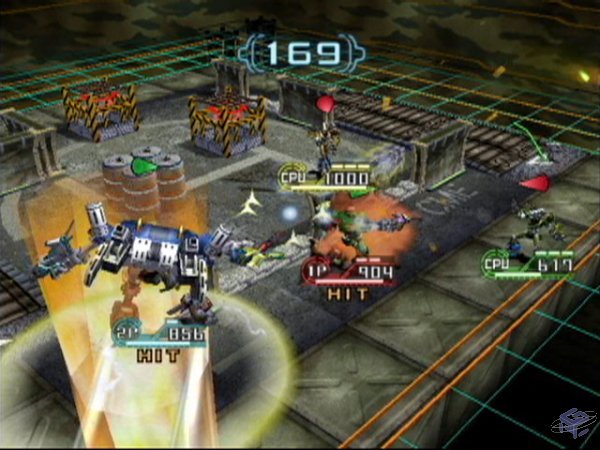 The fourth title in the Custom Robo series and the first to make it to North America, Custom Robo for the Nintendo Gamecube puts players in the shoes of a commander of a mini robot called a robo that dukes it out with other robos in an arena called a “Holosseum.” The goal of the game is to collect every robo part and upgrade and defeat all oncoming opponents. Simple enough in writing but a task to be sure in practice. Custom Robo is one of those games made in the long tradition of JRPGs and fighting games that emphasize grinding and equipment as well as technical mastery. A role playing game developed by Monolith Soft and tri-Crescendo, Baten Kaitos: Eternal Wings and the Lost Ocean combines the best of card-based RPG combat and traditional JRPGs in a unique game that sticks with you long after you finish it. The game enjoyed rather weak sales, coming at the end of the Gamecube’s lifespan, but astounded critics with its polish and design. The game’s unique combat system, which involves putting together decks in the vein of Magic: The Gathering, might be a turn off for some players as well because it is quite arcane to understand. Once mastered, however, Baten Kaitos: Eternal Wings and the Lost Ocean is a true gem. A racer on the Nintendo Gamecube that isn’t Super Mario Kart but is just as charming? Meet Kirby Air Ride, an underappreciated title for the Nintendo Gamecube that deserves its moment in the sun. Your character moves without input from the player and the simplistic controls help underlie a game that mainly revolves around completing races and mini games. Though you cannot control your momentum forward with an acceleration button, you are responsible for steering your craft and avoiding obstacles. One really high point of this game is its beautiful graphics. The Nintendo Gamecube never fails to impress with its high-quality visuals, and Kirby Air Ride continues this trend. Even though the game was released in 2003, it still looks incredibly fresh. 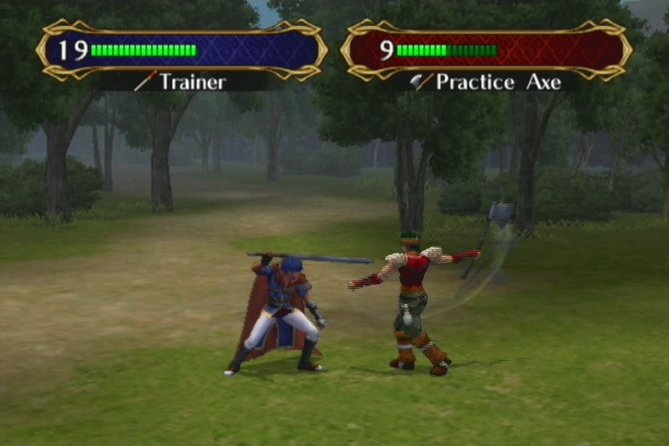 A tactical role playing game in the long-running Fire Emblem series, this Gamecube outing is notable for its isometric, 3D view and its hardcore JRPG storyline – again, a rarity on the Gamecube. As in other traditional RPGs, you level characters and upgrade equipment but if you truly play Fire Emblem the way it should be played then you will notice there’s one major difference. Much like a Rogue-like game, if a character dies in Fire Emblem: Path of Radiance, that’s it for them. No phoenix down spells here – just permanent death and player sadness. This extra little twist to the formula found in many tactical RPGs helps make your choices (and their consequences) that much weightier in the sum. 2005’s Killer7 is an underappreciated violent game for the Nintendo Gamecube that comes from the mind of Goichi Suda and Grasshopper Interactive. Published by Capcom, this game is notable for its unique graphics and violent gameplay. Played from a first-person perspective, Killer7’s ultraviolent material and adult themes drew controversy when it was released and sparked debates over whether or not video games were art. Of course, this is to be expected of any game that both pushes the boundaries of taste and is a quality game. Killer7 is that rare moment on a Nintendo console that exists as evidence the company is not all about family-friendly fare on its systems.

Perhaps underappreciated only in the sense that we still need a sequel of some kind, Eternal Darkness: Sanity’s Requiem is a horror game unlike the Resident Evils of the world in that it relies upon pure adrenaline and suspense to build up its scares. Sporting a great storyline, too, Eternal Darkness is a really stand out game for the system in both its mature approach and undaunted execution of concept. Like many games on this list, Eternal Darkness was not a commercial success upon release but was, nonetheless, a critical darling. Its amazing admixture of suspense, horror, and puzzle solving make it the one must-play game on this list. If you do nothing else, play Eternal Darkness – it is one of the few games that truly earns the descriptor of being an “experience.”