The Sega Master System had a tough road to hoe when it debuted in Japan in October 1985, two years after the launch of the legendary Nintendo Famicom – also known as the system that single-handedly breathed new life into a dying video game market following the crash of 1983.

Sega’s first major foray against Nintendo, though not its first time in the home console rodeo by any stretch, was destined for ignominy if not outright failure. The Master System nonetheless demonstrated the company’s penchant for building quality, addictive arcade-inspired titles that could more than sustain a home console.

It goes almost without saying that the Master System was itself an underrated console in a tough market but what about its games? What are the most underrated titles on an already underrated system?

If you haven’t perused the Sega Master System library before you may be struck by how vast and diverse it is for what is only a mere footnote in video game console history. Role playing games, action titles, and adventure forays all fill the archive. This article will delve into that collection and tell you what we think are the 10 top underrated games for the Sega Mega Drive.

Actually the second game in the Doki Doki Penguin Land series, Penguin Land for the Sega Master System is a puzzle platformer where the player assumes the role of a pixelated penguin called Penguin Mission Commander Overbite attempting to guide an egg around obstacles. With 50 stages and a robust level editor to boot – pretty ahead of its time, if you ask us, featuring the ability to store no less than 15 stages – Penguin Land offers a ton of content for a game of its type. 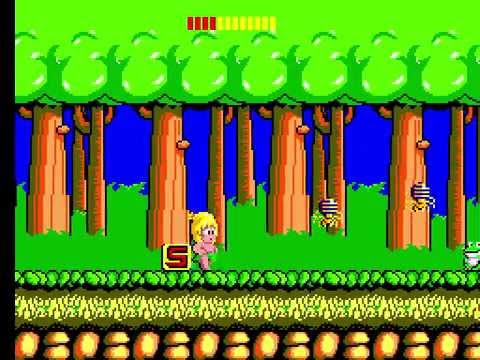 You may recognize this title as sharing a look and feel with Hudson Soft’s Adventure Island and you wouldn’t be mistaken in that thought. Also known as Monster World, Wonder Boy has spawned a legion of games for Sega consoles and beyond. Originally conceived in the vein of what we would call a maze runner today, Wonder Boy is instead a platformer in the style of Mario and every bit the definition of what we call old school difficulty. Released in 1986 and developed by Escape, the titular Wonder Boy can also employ weapons like Mario and the game is filled to the brim with secrets. Every so many levels there is a boss encounter and, unlike the first Mario game, there is variety to these events. If you’re interested in playing Wonder Boy, there are a ton of iterations of the game out there and gamers would find they all carry a similar theme of beautiful graphics and tough-as-nails difficulty levels. 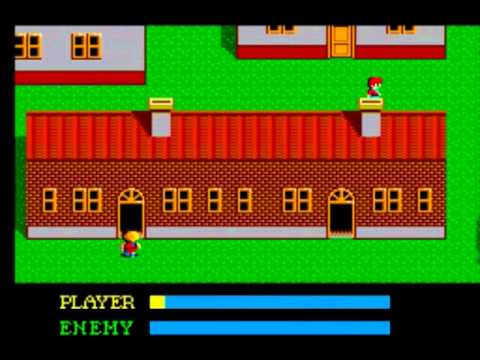 The first game in the long-running Ys action role playing game series, Ancient Ys Vanished Omens for the Master System released by Nihon Falcom in 1987 to great critical acclaim and muted commercial success. As Adol the player embarks on an adventure to capture the six books of Ys. Playing from a top-down perspective you explore towns and villages while defeating enemies. Ancient Ys Vanished Omens also debuted the series’ combat system, derided by some and beloved by series fanatics, which was developed with “accessibility” as a goal and is quite distinct from turn-based RPGs of the day. Basically you ram into your enemies from different angles to cause different types of damage with a side clip being the most effective means of inflicting damage on your enemies when encountering them head on in combat. It may sound confusing but it is quite easy to master over time.

Aping the classic PC game where the player saves people falling from a burning building, Megumi Rescue, released only in Japan and requiring the use of a special paddle controller, is a similar type of game featuring three firefighters in a variety of disaster scenarios. One of only four games released for the Master System that required the use of the special paddle controller, Megumi Rescue has thirty levels of madness for the gamer ready to take on its classic arcade challenge. 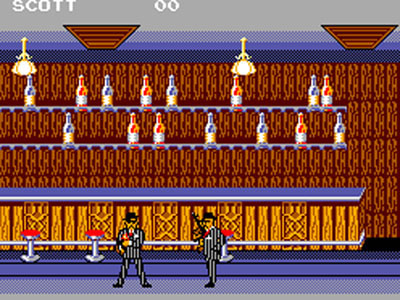 A light-gun shooting game for the Sega Master system with beautiful, bold graphics for its time, Gangster Town is a shooter in the classic Duck Hunt sense and really shows off the system’s capabilities. Taking place in 1920’s America, you play as an agent of the law bent on taking down the mob. Really the game is quite basic in its style but offers a ton of fun for those that love this genre. The car chase scenes are quite intense and the variety of locales keeps it fresh and evolving. Gangster Town is a gem of a game, one of the best really for the Master System, and quite under appreciated. It may be difficult to play it today given the lack of compatible television sets but perhaps something could be worked out through emulation that may capture the magic of the title. 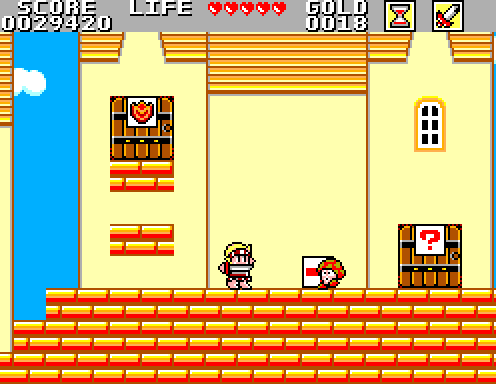 Another title in the Wonder Boy series of games, Wonder Boy in Monster Land is a sequel to 1986’s Wonder Boy, Wonder Boy in Monster Land combines elements of action platforming games and role playing games. Beginning with nothing but a sword and revive potion, Wonder Boy has to find and earn upgrades in order to proceed in the game. To make things more like an adventure game, Wonder Boy even has a life meter represented by hearts. The game has a huge exploration element as it continually rewards the player for examining every nook and cranny of the 12 levels. Of course, since the titular Wonder Boy is in desperate need of cash to fund his adventure, this exploration incentive also proves a boon for the player. 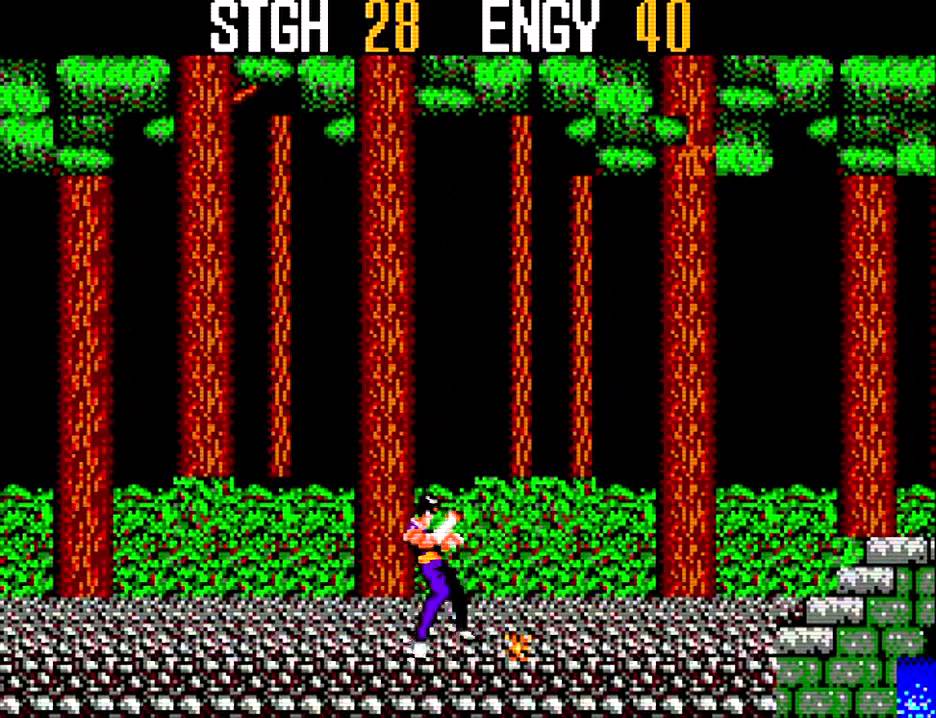 A quest set in medieval Japan and the underworld, SpellCaster puts players in the role of Kane, a magic user as the title implies, who travels the realm and defeats all manner of monsters and ninja, among other things, in the hope of resolving a civil war among feuding lords. Arcade-inspired gameplay mixed with nascent RPG trappings, SpellCaster is one of the best late-run Master System games available and should really appeal to fans of games like Wizardry and Dungeons and Dragons. Digital mahjong may not sound like a compelling premise for a video game but Shanghai on the Sega Master System provided you with the tiles and competition ready to engage in long sessions of one of the world’s most popular games. Ported to tons of different formats over the course of its life, Shanghai is one of the more robust puzzle games for the Sega Master System and holds up even today for its quality of execution. Mahjong is a really detailed and involved game but Shanghai might help you get your ropes before you venture out into the real world and play against true tile shufflers. A puzzle game from Tecmo released in 1986, Solomon’s Key as it is known in other markets is a ultra-tough puzzle platformer that places the player in the role of Dana, a magician with limited ways to deal with enemies and who is vulnerable to everything he encounters, the stages in Solomon no Kagi don’t offer much help either as the enemies continually respawn and each progressive stage ramps up the challenge considerably. But Solomon no Kagi’s difficulty doesn’t just arise from its challenging setup but also how it is sometimes what would be politely termed poor design. It is actually quite easy for a player to unknowingly make a level unwinnable and this not only leads to endless frustration but also points to poor design. Still, those gamers who love a challenge cannot do much better than Solomon no Kagi on the Master System.

Only for the Sega Master System in Europe, Brazil, and Canada, Basketball Nightmare features both a main mode and an international mode that pits countries against each other in basketball matches. The first mode, however, is where the game shines as the player undertakes basketball games against all manner of horror movie stars such as werewolves and vampires. A rare game due to its limited international release, Basketball Nightmare is notable for its awesome graphics and fun style. Never taking itself too seriously, Basketball Nightmare presages the later twists some developers would put on sports titles to make them whackier than their real-world counterparts which also simultaneously had the effect of making them more fun to play.