When it comes to consoles, nothing quite beats the blockbuster success of Sony’s follow up to its PlayStation console, the PlayStation 2. Boasting of one of the deepest and most varied libraries in all of video games, the PlayStation 2 was a true powerhouse when it come to both entertainment and experimental video games. Publishers were willing to put almost anything on the system and, consequently, devs got creative and threw everything but the kitchen sink at the drawing board for PlayStation 2 games. That means there’s a ton of crap, even innovative stuff, but the games that truly stand the test of time tend to be from standard genres.

But what about those non-standard games that were awesome?

In this article we offer you our 10 top underrated PlayStation 2 games. You’ve probably heard of these titles – nothing was that obscure on the PS2 – but you’ve probably not seen them lauded in some time. We hope to correct that deficiency here.

A game from the makers of Hitman, Freedom Fighters is an amazing squad-based tactical shooter that pits the player and his team against an invading force of Russians. IO Interactive pulled out all the stops for Freedom Fighters and it shows: From slick graphics to crisp sound, Freedom Fighters screams polish and its gameplay is honed to an almost needle point. A gradual difficulty curve with an engaging, if trite, narrative, Freedom Fighters reminds you of films like Red Dawn recent games like Homefront but without all of the hokey patriotism of the first and the visceral audacity of the latter. Easily a game for both first-person shooter fans and tactical strategy games alike.

Before wowing the world with its Batman-themed Arkham games, Rocksteady Studios was busy making polished, epic software like Urban Chaos: Riot Response for the PlayStation 2. A first-person shooter, Urban Chaos: Riot Response puts the player in the shoes of Nick Mason, a riot response cop, and then tossed you into a variety of situations where you had to beat back crime while working with NPCs. Armed with a riot shield and a selection of other weapons, this game combines elements of a beat ‘em up and a first-person shooter for what is a unique, though polished, experience. Often the game will force you to use non-lethal attacks to subdue your opponents, especially in hostage situations. Meeting firefighters and paramedics along the way, as well as collecting items within each stage, all contribute to a final assessment of your performance in the form of a score for each stage in an element that recalls the arcade. Overall, Urban Chaos: Riot Response is one of the most unique titles on the PS2 and one that you should give a shot.

When it comes to narrative premises, few games can hold a light to Blood Will Tell, a unique title that stars Hyakkimaru, the man with the organs stolen by demons. In this combination of a fairytale an a twisted manga, Hyakkimaru is the son of the ruler of the land who, in order to restore peace to his realm, sacrificed his newborn son’s organs to a demon horde. Abandoned by his father, Hyakkimaru has new organs and limbs fashioned by Jyukai who then sets him out on a quest to find the demons that have his actual organs, take them back, and in the process regain his humanity. While the storyline sounds more suited to an anime or manga, the video game’s playstyle is all quintessential PlayStation 2. In terms of weapons, Hyakkimaru has a deadly katana as well as two blades hidden in his arms. Additionally, he has an arm-mounted machine gun and a leg-mounted bazooka. The game relies heavily upon mastery of its combat system and, through combos and varied weapon use, players would eventually master its unique though thoroughly engaging style.

Sporting a decidedly Pixar-esque appearance, Mark of Kri betrays its origins as a video game with its violent action and adult narrative. As mighty warrior Rau Utu you take a mission to investigate a local event that then sweeps you up into a grand and epic narrative that pits the forces of good against evil in a stealth adventure that takes itself very seriously and has high-quality gameplay to back up its boasts. With your scout sidekick Kuzo, a bird, you sneak through levels and try to avoid conflict as much as possible but, should it happen, you unleash all manner of violence against your opponents. Featuring a story that reads like it is ripped straight from Disney’s coffers, Mark of Kri is at turns a very unique game and a standard bearer for its genre at the same time.

You’ve probably heard of this game before because it makes so many must-play or most-overlooked video games lists. And that’s for good reason – Rez is one of those video games that you would call an experience. Basically, at its core, Rez is a musical shooter – that is, it combines elements of a rhythm game with those of a shooter for something that is entirely unique and oddly compelling. As you engage in combat, your character’s actions literally add sound effects and movements to the score, changing it as you go along. At times it recalls the Sega Saturn series Panzer Dragoon with its free-wheeling control scheme but it is also very much a shooter and shouldn’t be unfamiliar to any game that has played that genre. 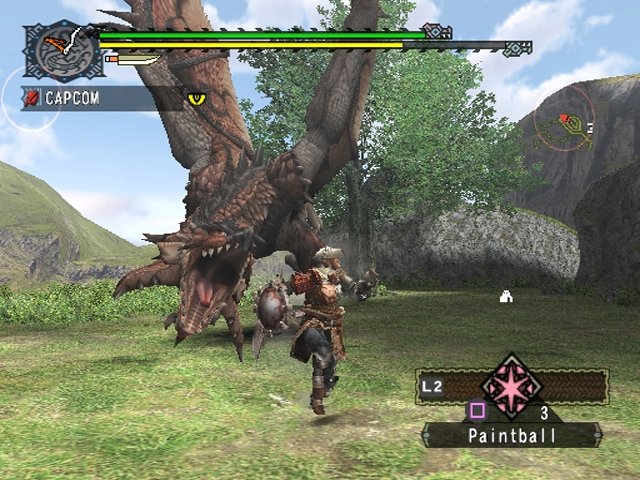 A game series that almost needs no introduction, Monster Hunter for the PlayStation 2 kicked off the series we all know and love today. In this game you take the role of an adventurer who explores a world filled with deadly monsters that you are to hunt down and kill. It is as simple as that – or is it? Combining action game elements with traditional Japanese role-playing game tropes, Monster Hunter straddles the line between multiple genres and fuses them together for a combined experience that is compelling and fun. Monster Hunter is no slouch, however, and gamers looking for an easy walk in the park can do better than this game which is known for its difficulty level and esoteric controls. 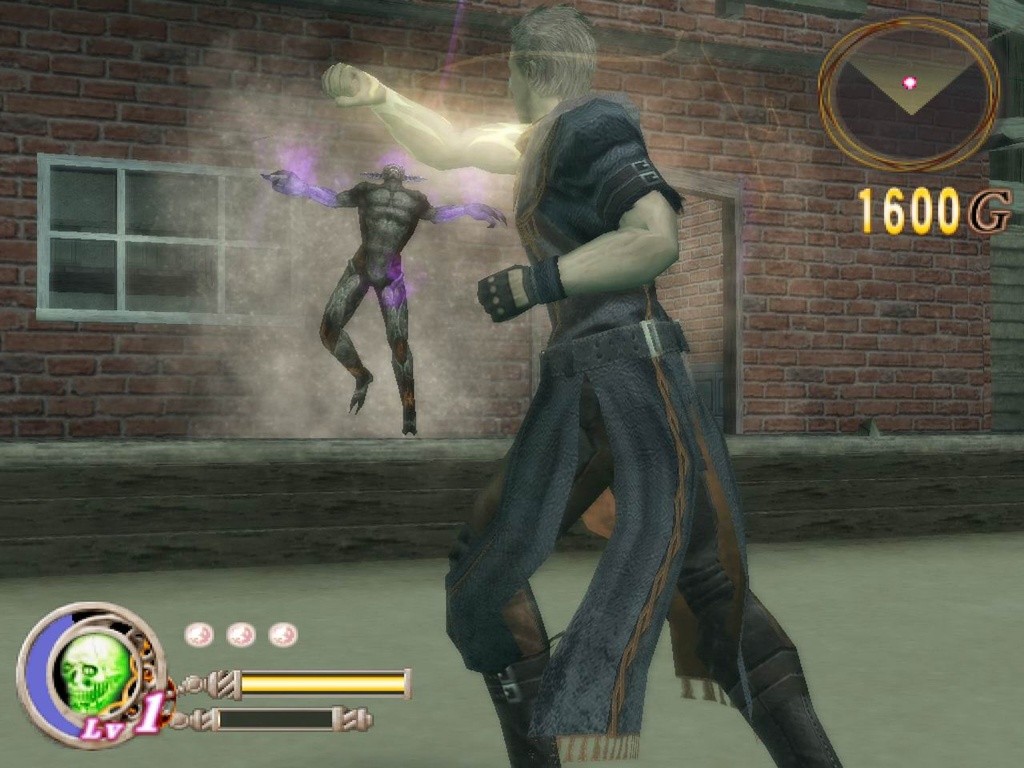 When we say that unique titles came out during the PlayStation 2 era, God Hand is one of those games that we have in mind as we write. Not for everyone, God Hand from Capcom’s Clover Studios is a beat ‘em up game that puts you in the role of Gene, a man gifted with a pair of hands from the gods after losing his own. In a world that is western themed from beginning to end, God Hand pits you against psychotic, zany enemies and endless waves of bad guys. It all makes for a good romp but the presentation is so unique and out there that we are not shocked this game was a failure commercially. The combination of its unique Japanese manga themes with its traditional beat ‘em up gameplay style, however, makes for an excellent title. 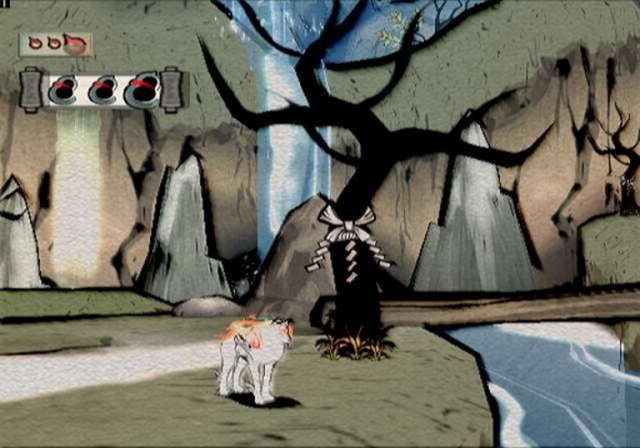 This series continues to wow to this day. Capcom’s Okami is one of those unique titles that was born on the PlayStation 2 and it isn’t hard to see why it is so highly regarded. Featuring a honed, unique gameplay style that involved painting your actions onto the world as if it were a canvas, Okami is still, at its heart, an action-puzzle game. Gorgeous graphics and beautiful soundtrack aside, Okami is singularly compelling for how tight its systems are. Everything here works, and works well. If you’re looking for a game that is a master class in innovation and execution, Okami is your title.

Forerunner to the epic Shadow of the Colossus, Ico is a compelling game that plays out like one long escort mission from an artsy game studio. You can’t really tell too much about Ico without spoiling it so let’s just say it is one of those games on PlayStation 2 that is both moving and beautiful. When critics talk about whether or not games can be art, they are usually thinking about titles like Ico.

1. Beyond Good and Evil

Ubisoft’s Beyond Good and Evil is truly the full package, which is why it is so tragic that the game was largely ignored upon its release to market. This game uses mechanics found in Zelda games as well as the larger Metroidvania genre. Exploration, side quests and missions, as well as finding items all comprise the majority of what you will be engaged in with Beyond Good and Evil. Though the game was not a commercial success, Ubisoft has announced they are working on a sequel. And that’s great news for fans of the series, many of whom cannot wait to continue the compelling narrative introduced in the first game.