Nintendo’s foray into portable gaming, the Game and Watch series, would later spawn a phenomenon that has become a mainstay ever since its debut. We’re talking about portable gaming and Nintendo’s Game Boy, the pea green screen with black pixels that captured the hearts of millions of gamers across the world when it debuted in Japan back in 1989.

Coming out at the peak of the Nintendo Entertainment System’s dominance of the 8-bit generation, the Game Boy was packaged and sold as an accompaniment to that system. This wasn’t so much marketing hype as it was actual reality. Boasting a library quite similar to that of its big brother the NES, the Game Boy gave gamers every bit of reason to pick it up and consider it a portable twin to their home device.

But as the 1990s wore on, and especially after the debut of the Super Nintendo, the Game Boy began to show its age and it could no longer be considered a true companion to Nintendo’s home offering. Yet it had sold like gangbusters, giving the system a sizeable footprint in the market and making it all but impossible to ignore. Plus, being based on tech that was considered low-end and inexpensive when it debuted in 1989, the Game Boy was basically printing money by 1998 – and Nintendo didn’t want to turn off the printing press just yet.

Enter the Game Boy Colour, hitting retail shelves in 1998 – almost a decade after the system’s original premier. Featuring basic colour graphics and a host of other conveniences, the Game Boy Colour maintained Nintendo’s iron grip over the portable gaming space and extended the life of the system all the way into 2003.

Just like the Game Boy, the Game Boy Colour had an impressive library of bespoke games that made full use of the system’s capabilities. In this article we’re going to introduce you to our 10 top underrated games for the Game Boy Colour. We don’t think all of these titles will be completely brand new to you, but we expect there will be more than few gems in here that you should check out. The rare turn-based strategy game for the Game Boy Colour, Heroes of Might and Magic 2, released in 1996 for the PC then later the GBC, was developed by New World Computing and published by the 3DO Company. The second game in the Heroes of Might and Magic series, it is often considered the standout title in the lineup and its PC version is regularly ranked among the best PC video games of all time. Typical to the genre though amazingly innovative for the time, the player has the choice of various factions who each have their own skills and developable abilities. The upgrade features not only add depth to the gameplay but also factor heavily into strategic choices that the player has to make throughout. While less well known than the PC version, the Game Boy Colour iteration retains all the charm – and challenge – of its PC twin.

Brought to us by Capcom and developed by WayForward Technologies, Shantae is a platforming video game that came out late in the Game Boy Colour’s life which is why it probably went largely unnoticed by the game-buying public but has gone on to become a cult classic and a resurrected series in its own right with Shantae: Half-Genie Hero coming out as recently as 2016. The first thing gamers will notice about Shantae is its absolutely stunning graphics. Outside of this, Shantae’s familiar gameplay mirrors that seen in Super Mario Bros. titles and should be comfortable for anyone who has played those games. Outside of pure execution, which is near flawless, Shantae doesn’t do much to change up the platforming action game formula and instead exists as a true example of what can happen to standout titles that come out late in a system’s life. 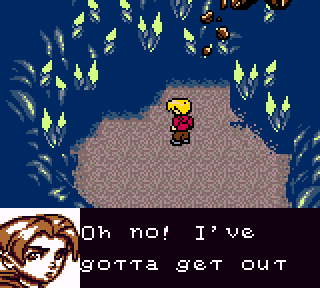 Another game that unfortunately came out late in the Game Boy Colour’s life, Magi-Nation from Interactive Imagination is based on a card game with the exact same name and served to prepare the runway for the later Magi-Nation Duel. Looking to cash in on the Pokemon craze of the late 1990s, Magi-Nation sold relatively well, moving 100,000 units at retail, but failed to set the market on fire in quite the way that Interactive Imagination had imagined. Overall the game is noted for its polish, witty dialogue, and deep gameplay. The narrative balances serious and silly moments for an overall effect that is charming and inviting rather than the maudlin or vapid experiences some complain of having in role playing games inspired by JRPGs. 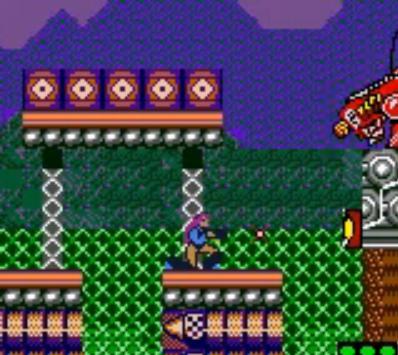 This re-release of the classic NES game Bionic Commando is Capcom at its best and, arriving in 2000 for the Game Boy Colour, demonstrates that good gameplay is a truly timeless as well as ageless concept. As a grappling-hook armed commando you will take on the legions of baddies sent to stop you. Though the story is different from the original version the gameplay is pretty much the same, excepting a sniper mechanic that is different from the original as well as the ability to select a female bionic commando. Really, though, fans of the original will have little to complain about with this version of the game and, like many on this list, the title likely suffered from the system’s terminal decline when it came out.

Fans of the original Blaster Master on the Nintendo Entertainment System should check out this game from the year 2000 which maintains much of the original while adding a few new twists here and there. Like many games that came out for the Game Boy Colour in 2000 and 2001 this title apes the classics of the NES era but was, in many ways, a victim of its own release. But this point in the Game Boy Colour’s life, with the impending release of the PlayStation 2 and the recently released Sega Dreamcast, titles such as Blaster Master: Enemy Below, with their vaguely 8-bit style graphics, just couldn’t hold market attention the way they once could. Always a classic line of games, the Bomberman titles often fall victim to their ubiquity more than anything and, as far as Bomberman Max is concerned, this is certainly the case. Again, this title borrows heavily from the NES classic of the same lineage with over 100 levels of madness for players to conquer. Though not obscure by any stretch, the sequel’s debut one year later in 2002 on the Game Boy Advance is truly the tale of the tape. Coming out just as the industry was shifting away from pixel graphics and on to computer-generated future scapes, Bomberman Max was a victim of timing and not lack of quality. 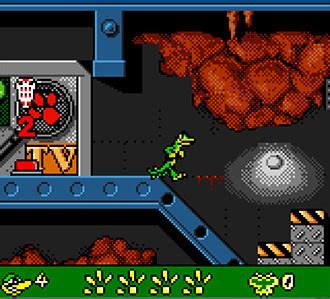 Gex was the ostensible mascot for the failed 3DO console and, coming out in the mid-1990s craze for all things ‘tude, wears that faded if not completely irrelevant guise in other titles bearing his name, such as 1999’s multi-platform Gex 3. Appearing on every prominent system available at the time, the Game Boy Colour version is notable for being a quality platformer, if anything else. In fact, compared to the other versions of the game, Gex 3 on the GBC was one of the more highly rated versions of the game. Draped in a look that is a cross between the look of the Game Boy Donkey Kong Country titles and Shantae, Gex 3 is a competent platformer that fans of that genre will enjoy. 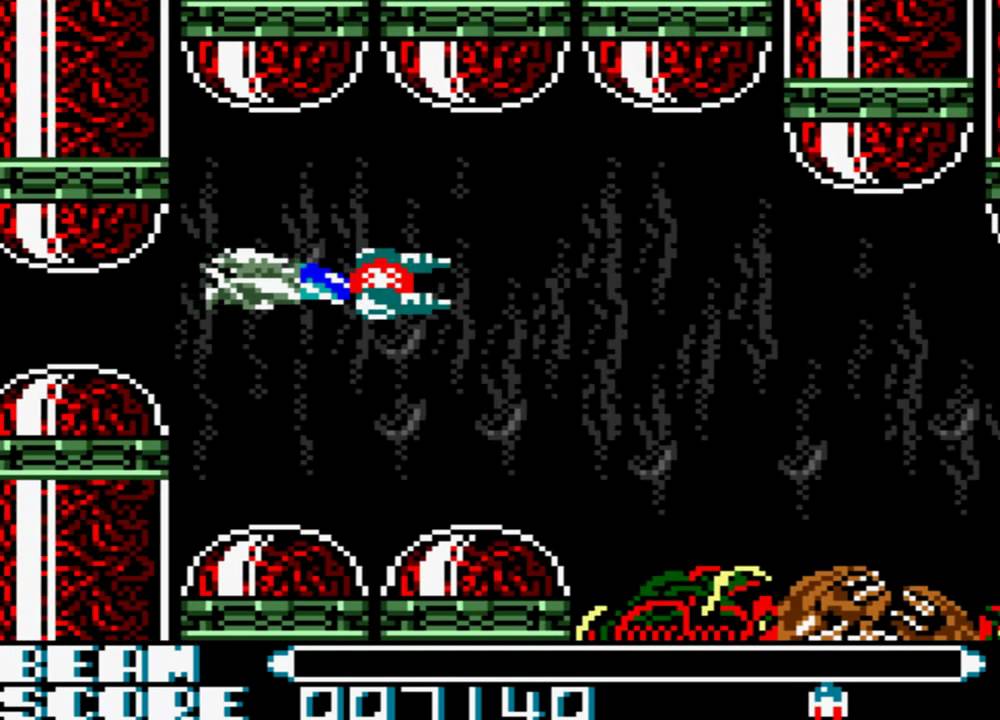 A compilation of R-Type and R-Type II, R-Type DX is a port of those titles ot the Game Boy Colour system and, while not losing much in terms of gameplay, doesn’t quite evoke the same feelings as the SNES version of the game. Graphically a bit hit or miss, the game still retains that classic shoot ‘em up gameplay that the series is world renowned for and, in the case of most players, that’s more than enough. A thorough challenge from beginning to end, R-Type DX is a great portable version of a home console classic. Like many on this list, R-Type DX is more a victim of timing and shifting tastes than anything else.

The Wario Land games have their supporters, and they are many, but we include the commercially successful and critically lauded Wario Land III on this list because we can’t say enough positive things about this game. Probably the best thing to crawl out of the Game Boy years, Wario’s menacing of Mario eventually transformed into its own series of games led by the marquee man himself. Not only did this flip the Nintendo formula but it also gave gameplay designers a whole new canvas upon which to put their ideas for a Mario game. Not held back by Mario’s vulnerabilities or his scruples, Wario Land III is a refreshingly different platform from a company that made its name in that genre. 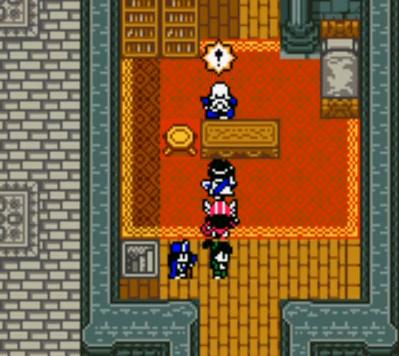 A port of the original NES game, also known as Dragon Quest III, Dragon Warrior 3 is the Enix classic Japanese role playing game in a portable format. Sacrificing none of the original title’s story or depth, this game is an amazing experience, especially for fans of JRPGs. Prior to the arrival of the Nintendo DS and, to some extent, the Sony PSP, there weren’t many full-fledged JRPG experiences on portable systems. Dragon Warrior 3’s outing on the Game Boy Color not only proved this a viable route for JRPGs to take but also highlighted how neglected this segment was for JRPGs.