The king of portable hardware, Nintendo’s systems are always backed up by strong third-party support and this results in stellar libraries of games that rival or even surpass offerings on a home console.

Long a refuge for players who enjoy Japanese style games, the Nintendo DS came out at time in the industry when the transition to 3D was complete and anything smacking of the older era was passe. Embracing its position in the market as both a hardcore and entry-level gaming system, the Nintendo DS’s library is a smattering of role playing games, platformers, and action adventure titles.

Released at the tail end of 2004, the Nintendo DS was bulky and quirky upon arrival.

Sporting two screens and a design factor that looked similar to the classic Game-and-Watch series from Nintendo in the 1980s, the DS also had a stylus and a touchscreen well before the iPhone was even in the gestational period. In a nod to a functionality once touted on the original Japanese Famicom, the DS even sported a microphone capable of picking up ambient sound and interpreting player commands.

Initially put forward as a separate thing entirely from the Nintendo Game Boy Advance, the DS’s integration of a GBA unit into its system, allowing for almost full backwards compatibility, positioned it to rapidly assume the GBA’s preeminent position in the marketplace.

Because of this the games in the DS library are an admixture of GBA-style titles and new, 3D features.

In this article, we’re going to shine the light on some of the less appreciated titles in the Nintendo DS’s lineup. And that’s a tough thing to do with so many different games to choose from in its lineup. Absolutely brimming with classics, we hope this list culls some of the best of the most obscure from the DS playlist. 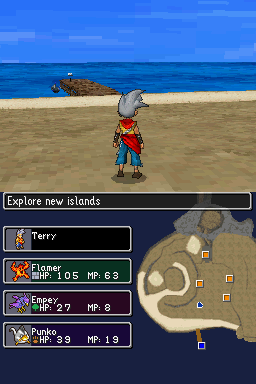 Developed by TOSE and published by Square Enix, this variant on the Dragon Quest series puts you in the role of a monster collecting, dungeon-delving explorer. Rather than being in control of a party of heroes, Dragon Quest Monsters: Joker puts you in control of monsters as your party members. This was also the first title in the Dragon Quest series to use 3D, cell-shaded graphics – a staple for the game now. It also allows for multiplayer support over WiFi. A charming side story in the DQ oeuvre, Dragon Quest Monsters: Joker is a novel twist on the JRPG that is worthy of a look. The classic vampire-hunting series from Konami, Castlevania continues its tradition of excellence on Nintendo handheld systems with Order of Ecclesia, a title that doesn’t break with any of the Metroidvania conventions established by series entry Symphony of the Night but, instead, adds more of just about everything to the mix for a title that is at times refreshingly modern but still old school. Players who enjoy grinding and loot will find tons of stuff to do in Order of Ecclesia and, true to form, the anime-inspired story hews closely to the lore’s dark roots. Coming out at the end of the DS’s season, Order of Ecclesia was more of the same just better but that wasn’t enough for audiences at the time, making this an underappreciated Castlevania title. An action platformer from Fifth Cell and THQ that made innovative use of the DS’s stylus capability. Combining the action of a Mario clone with the game’s innovative drawing system, players would overcome in-game obstacles by drawing objects in the game to aid the avatar. After creating your hero, you begin your epic quest to save the village and the rest, from there, is pretty standard fare. Of course, here execution means everything and that’s why Drawn to Life received such wide praise from the press when it came out in 2007 but really failed to capture wider audiences and thus languished in the depths of the DS’s already legendary library of games. Done in a faux cinematic style that mocks the action television series popular on Japanese tv during the 1970s and 1980s, Viewtiful Joe debuted on the legendary PlayStation 2 and won legions of fans over with its unique combination of beat ‘em up and action combat. Graphically an iconic game, Viewtiful Joe: Double Trouble! for the Nintendo DS ports much of this look over but maintains the tight gameplay players expect. The title also incorporates some of the DS’s unique hardware to more or less substandard effect. One thing you have to keep in mind about the stylus and microphone integration is that it was often foisted upon devs by Nintendo themselves and rarely something that just happened to be a major part of the game. With Drawn to Life, you see it working right, but with Viewtiful Joe: Double Trouble! the effort is really more about just porting a console blockbuster to the portable space.

A mainstay of the NES and later systems, the Contra titles are about hard-as-nails action and can be likened to a shoot ‘em up side scroller. Contra 4 for the Nintendo DS largely continues this tradition and is one of the tougher games you could pick up for the console. Set after the classic Contra III: The Alien Wars, Contra 4 features updated graphics and sound but the same style of game that you would probably find on the NES. Made as a love letter to the fans of the series, Contra 4 is also the kind of game that people who love “indie” or “retro” titles can adore. 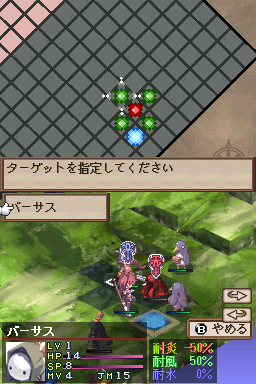 A tactical role-playing game set in the world of Disgaea, the DS iteration is basically the PlayStation 2 game ported down to the smaller form factor on the Nintendo system. Everything found in the main release is here in this game and the only thing that is really lost in the translation is some graphical fidelity because, let’s face it, the DS is not as powerful as the PS2. Gamers familiar with the Battle Tactics Ogre and Final Fantasy Tactics series should be more than comfortable with Disgaea’s style of gameplay and fans of JRPGs and anime/manga will find a lot to love in the story and art direction the team at Nippon Ichic Software took with the title. A solid game for fans of the Disgaea series, the DS port is everything you would want in a tactical RPG and then some. Fans of the Japanese show Game Center CX will be more than familiar with this concept but, basically, this title is a collection of bespoke 8-bit classics divided up into challenges often found in the games released back then. Riffing on the popular aforementioned Japanese television show, players will, in essence, take on the role of the Kachou as they tackle retro challenge after challenge. Think Wario Ware without the Wario. Developed by indieszero and published by XSeed, this title is almost a collector’s item at this point so be sure to snatch it up if you see one! 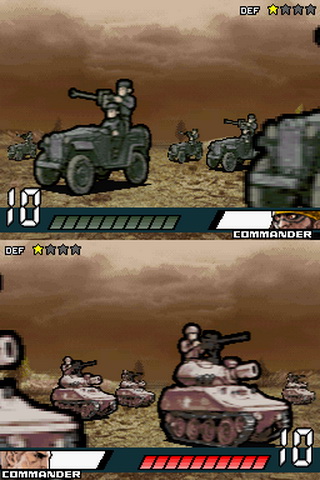 Established on the Game Boy Advance, the Advance Wars series is basically a tactical RPG with military units and vehicles. Of course, being a Nintendo property, everything is dialed back a bit in the realism department and amped up considerably in the ease-of-use and understandability areas. Easy to pick up for a quick gaming session or for the more prolonged narrative, Advance Wars: Days of Ruin is perfect for people who like military tactical games but want something a little more light hearted than something like Counter Strike.

2. Puzzle Quest: Challenge of the Warlords Now available on almost every platform out there, when Puzzle Quest debuted on the Nintendo DS it was a unique concept. Combining the elements of a puzzle game with those of a role-playing title, Puzzle Quest: Challenge of the Warlords found a formula for success that is still charming even now. Sure, there is a narrative and even a leveling system but all of this is pasted on top of what is ostensibly one of the most simplistic yet engaging puzzle gaming concepts out there. 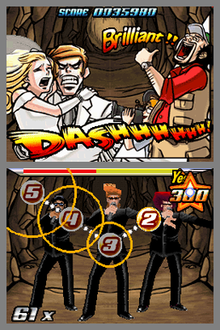 You might not be expecting a music, rhythm game from Nintendo to make it to the top of this list but this is an underappreciated title if ever there was one. Though it does all that you would expect a rhythm game to do, where Elite Beat Agents shines is in how it takes advantage of everything the Nintendo DS has to offer in terms of hardware innovations. Also, this game will keep you engaged even though it gets ridiculously challenging. It does this through a combination of disarming graphics and addictive gameplay. Perfect for gamers who really want to see what Nintendo’s was going on about when it came to the DS’s quirks, Elite Beat Agents is an IP that needs to be resurrected if this game is any proof.

WATCH: Check Out The Fan-Made John Wick Game for NES!