Hitting Japanese markets in October 1998 the Sega Mega Drive introduced the world to Sonic the Hedgehog and brought thrill of arcade hits like Golden Axe and Outrun to home consoles in a big way.

The follow up to their cult classic Master System, the Mega Drive boasted of its deep ties to Sega’s arcade lineup and brokered a world between the arcades and the living room in a bid to offer consumers an experience that was more adult than the Nintendo Famicom.

Perhaps Sega’s most well known console to date, the Mega Drive initially failed to catch on with most audiences and seemed doomed to failure if and when Nintendo responded to its arrival. Not only did Sonic the Hedgehog change the game for the console wars but also it catapulted the system into the position of contender for the video game industry throne. Later spawning a family of add ons that would garner the full complement the nickname “tower of power,” the Sega Mega Drive is best remembered for its game, a few of which we want to tell you about today that you may have not heard of before now.

In this article we’re going to explore the top 10 underrated games for Sega’s super successful Mega Drive system. While everyone has their own opinions about what makes a game underrated, we think you’ll agree that these titles deserve a spot in every serious collector’s library. 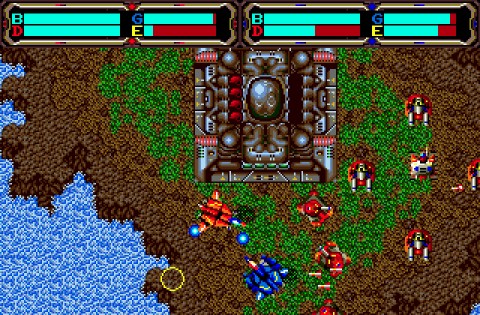 Though the Sega CD add-on was known for its stellar library of strategy titles, finding games like this on the 16-bit Mega Drive or Super Famicom was relatively unheard of in the early lives of the systems. Enter Herzog Zwei, a real time strategy game when such things were an unheard of phenomenon in the games industry. Unlike modern games in this genre you are not in control of every unit you produce on the screen. Instead, piloting your ship that transforms into a mech, you fret around the battlefield making adjusts as needed in order to keep the enemy mech from capturing your base. As the game goes on this increasingly becomes a more frantic scenario but the strategy element is always there. 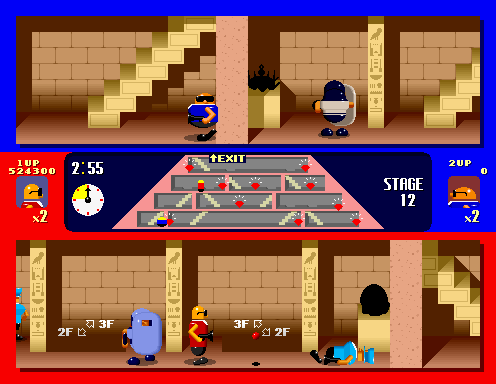 This game is almost a throwback in many ways with its style of graphics and core gameplay. Starring a pair of robbers, Robo and Mobo, this Sega arcade port to the Mega Drive is ostensibly about robbing locations of their valuables but at its core shares gameplay elements with games like Burger Time. Levels change up depending on where you are in the game and the robbers are presented with increasingly challenging tasks to complete as they proceed through the game. It’s pure arcade classic action and, arriving in 1991, almost seems like it was from another time even when it was current. Fans of classic arcade games should check out Bonanza Bros. which is not only an underrated Sega Mega Drive game but probably an underrated House of Sonic game in general. Treasure never disappoints and their 1994 title Dynamite Headdy is an early example of the devs budding prowess in games development. Outside of fighting games, no other genre was as critical to the success of a 1990s game console than the platforming games that accompanied it. Dynamite Headdy was not only solid in this regard but also extremely innovative. Pushing the Mega Drive to its graphical limit, Dynamite Headdy uses the Mario convention of swapping out powers depending on the situation at hand by giving the title character the ability to change heads in order to switch up abilities. Quirky, charming, and difficult enough to warrant another playthrough, Dynamite Headdy is an awesome platforming game for the Mega Drive. 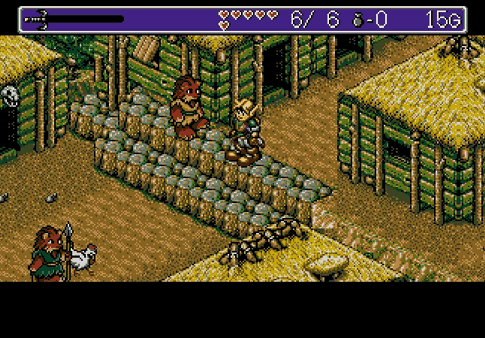 A kind of isometric action role playing game in the vein of Zelda, Landstalker is an underappreciated title for the Mega Drive that features an awesome storyline, great production values, and a compelling if unimaginary gameplay system. Fans of Zelda would like Landstalker but it really reminds us of games like Secret of Mana instead. Secret of Mana, with its action RPG twist on the Final Fantasy formula, was not only a unique title meant to lure in non-RPG players to an RPG but also a great game to play with friends. Sadly, Landstalker is a solo experience but an epic one at that. 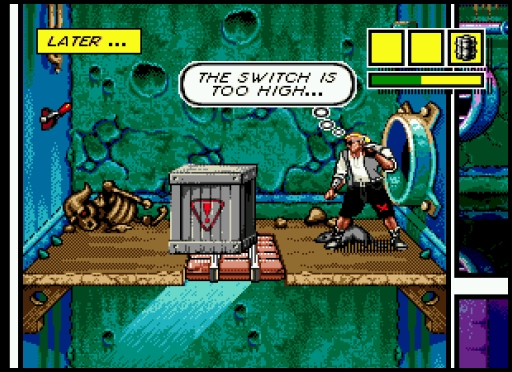 This game arrived somewhat later in the Mega Drive’s life but is a standout title nonetheless. A unique beat ‘em up that uses comic book panels as its side scrolling screens, Comix Zone is notable not only for its beautiful, vibrant graphics but also its punishing difficulty. Coming out at a time when fighting games dominated consoles, Comix Zone’s overly punishing gameplay style may have doomed to it to relative obscurity from the start but the sheer amount of quality oozing out of this title makes it deserving of modern praise. Plus, it’s just so unique – you’ll be hard pressed to find a title implementing this type of gameplay in such a unique way both graphically and stylistically. And even better for modern gamers who are fans of things like the Marvel Cinematic Universe, Comix Zone’s fourth wall-breaking awareness of itself is not only reminiscent of modern superhero cinematic humor but also oddly modern in its presentation even with the 1990s requisite extreme “x” on the title.

The Super Famicom had R-Type, Mega Drive gets Gynoug. In truth there weren’t enough shoot ‘em ups for the Mega Drive and Gynoug is one of the best you can get. Employing a dark, industrial sci-fi aesthetic that it reminiscent of the popular R-Type series, Gynoug came out during a time when arcade-based shoot ‘em ups were essential for any system claiming to have bonafides from the quarter killing alleys of cabinet gaming. A total must-play for fans of classic shoot ‘em up games, Gynoug is strikingly refined for a game made so long ago. 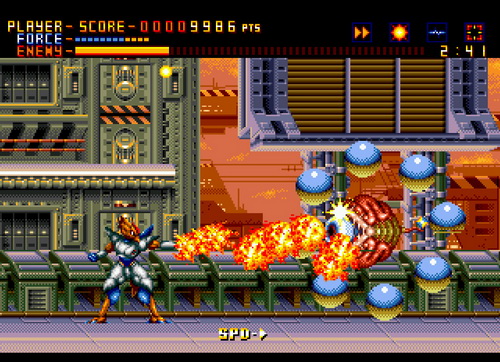 Think Contra for the Mega Drive and you’re pretty close to what Alien Soldier is all about. If you like side scrolling shooters then Alien Soldier has you covered and even has that same soul crushing difficulty you’d expect to find in a Konami classic. There’s really not much to say about Alien Soldier without spoiling the whole thing but if you want to see what Sega fans were playing instead of Contra on the SNES, here’s your game.

3. Dungeons and Dragons: Warriors of the Eternal Sun

You have to give this title credit for trying to bring the Dungeons and Dragons world to consoles and it largely does a good job of this. Already a complicated game by itself, the added complication of accommodating a console’s specific quirks makes Dungeons and Dragons: Warriors of the Eternal Sun a daunting game for veterans of D&D and newcomers alike. But that doesn’t mean it isn’t a load of fun all the same. Best for fans of role playing games and D&D aficionados especially, Warriors of the Sun might be too obscure for most modern palates. 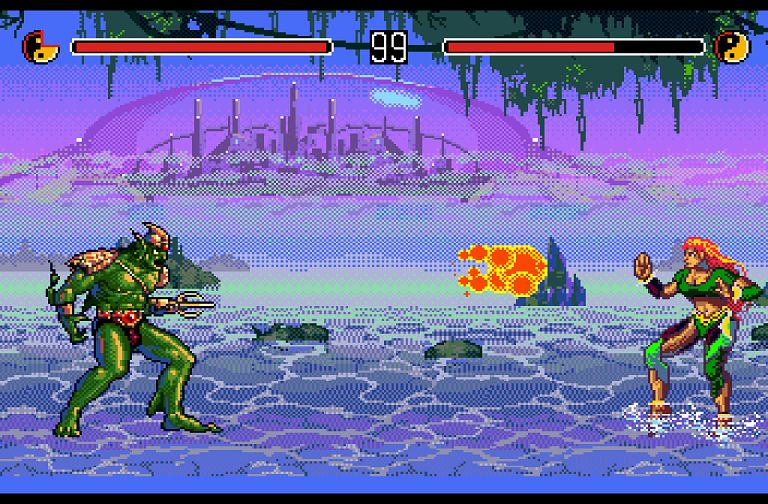 It’s hard to emphasize just how popular fighting games were in the 1990s after Street Fighter II and then Mortal Kombat hit the arcades. Console manufacturers Sega and Nintendo were scrambling to secure the exclusives to these titles, with Nintendo initially winning out on the Street Fighter II franchise and later Sega besting the Big N when it came to having blood in the first Mortal Kombat title. Mortal Kombat’s success, in particular, resonated with the Mega Drive’s arcade-heavy crowd and the overall marketing push to position the console as the more adult option of all of the consoles on the market. Part of this included Sega’s own development of their own brutal, violent franchise that mimicked both Mortal Kombat and Street Fighter II: Eternal Champions. Originally envisioned as a multimedia juggernaut property, Eternal Champions was the arcade game that never showed up in the arcades and is a cult classic today for its use of varied special moves, characters, fatalities, and deep lore. And when we say deep, we mean dep lore: The opening title screen to Eternal Champions features a scrolling novel of text that is just the prologue to the saga. Couple this with hard gameplay and a final boss that jumped out of the bowels of deepest insanity and you can see why Eternal Champions didn’t catch on with audiences raised on sonic booms and the franchise that would eventually invent the dial-a-combo system. But today gamers appreciate Eternal Champions for how different it is and how hard it tries compared to competition from the day. If any franchise is ripe for a remake, it’s this one. 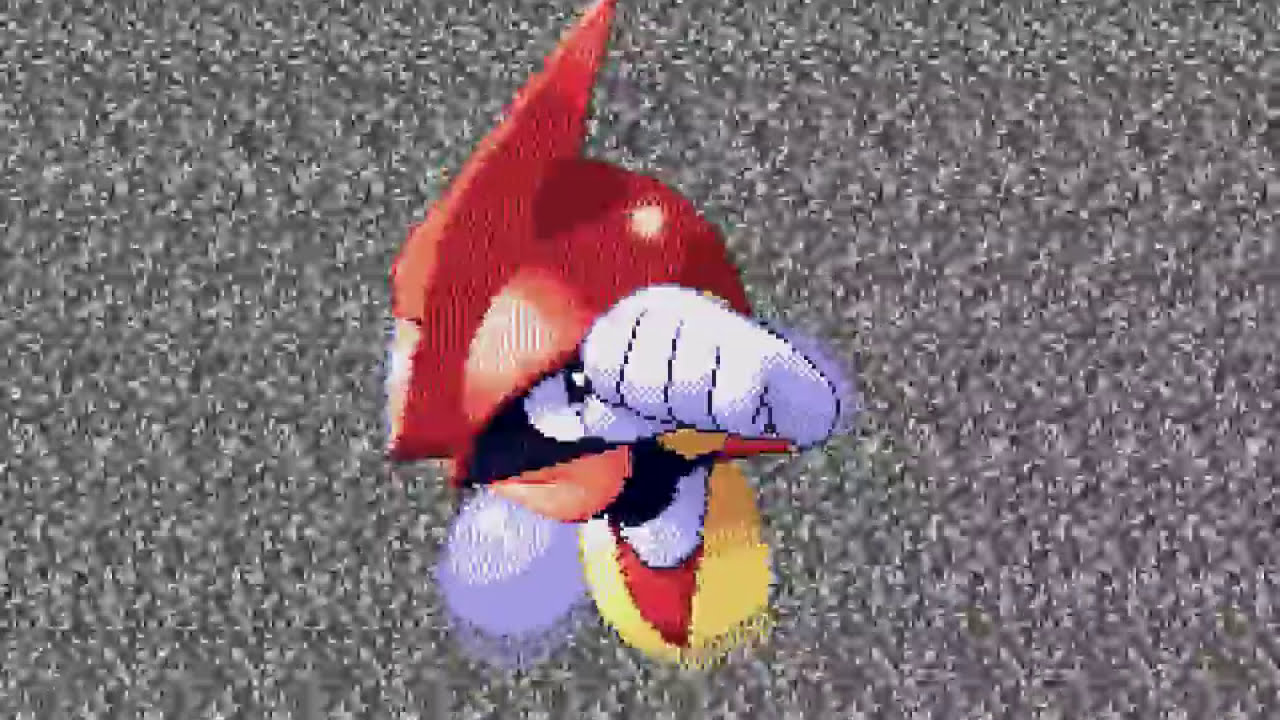 This game tops this list because it was really only ever released in Japan but was an awesome game that should have seen a wider release. Continuing Sega’s penchant for innovative platformers, Pulseman makes use of the title protagonist’s unique abilities solve puzzles and overcome other in-game obstacles. Really polished and beautiful, Pulseman is a great game that makes you wonder why Sega didn’t push it to a broader release.