The fighting game genre took off in the arcades in the 1990s with the release of Capcom’s classic and iconic Street Fighter II: The World Warriors, the game that transformed the industry and breathed one last shot of life into the dying arcade industry. It is hard to quantify how much of a craze fighting games were and how many Street Fighter II or Mortal Kombat clones there were out there.

Unlike Street Fighter II, a much more traditionally focused game featuring martial artists with crazy often anime backgrounds, Mortal Kombat was violent and inspired somewhat by Hollywood B action movies and horror. The other major innovation that Mortal Kombat brought to the fore was the invention of fatalities or moves that end a characters life instead of simply defeating him or her.

These were often violent and controversial, making the moves a huge selling point for the Mortal Kombat franchise and something that distinguished it from the herd. Another aspect that gamers loved was the video capture graphics instead of hand-drawn sprites. While there were many, many clones (too many to count), Weaponlord from Namco combines both Street Fighter II and Mortal Kombat with 2D sprites and violent combat.

The characters are really cool in terms of design and everything is executed really well. It is said the game was the inspiration behind the Soul Calibur series, one of Namco’s biggest franchises and one of the best fighting games ever.

The game has really solid, beautiful graphics which take inspiration from a range of medieval and historical tropes. The move set is standard Street Fighter II-inspired craft and the gameplay is tight but not without flaws. Combos work out pretty well and the fighting system is deeper than you’d expect especially for a Street Fighter II/Mortal Kombat clone. 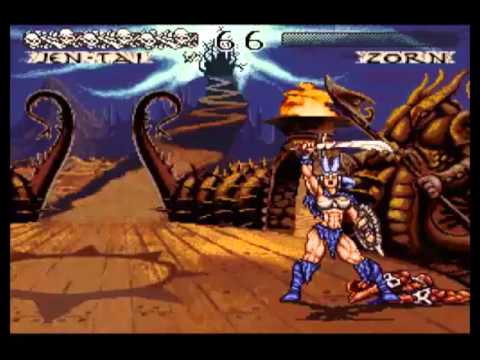 A selection of fighters that span every different play type, most gamers will be able to find someone they are comfortable with using. The music is serviceable and shouldn’t stand out too much. Really the game combines the best of both Mortal Kombat and Street Fighter II without feeling like too much of a knockoff operation.

Fans of classic 2D fighters from the 1990s will find a lot to love with Weaponlord. Not only is it a good game, but it is also quirky and charming in its own way. Probably not fighting game tournament worthy material here, but definitely a solid game that came out right at the beginning of the genre’s ascendancy. 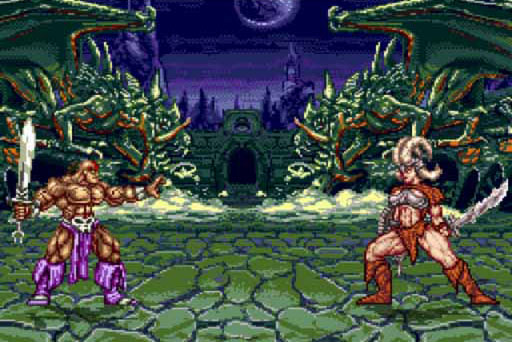 It’s easy to see why there was such a craze for fighting games. Gaming is, at its heart, super competitive and a game that taps into that like Weaponlord. This game does show its age in spots and is filled to the gills with 1990s “extreme” but if you can overlook these outdated features of the game you’ll find a gem of a game that was likely the inspiration behind Namco’s later fighting games like Tekken and Soul Caibur, both of which are classics to this day.